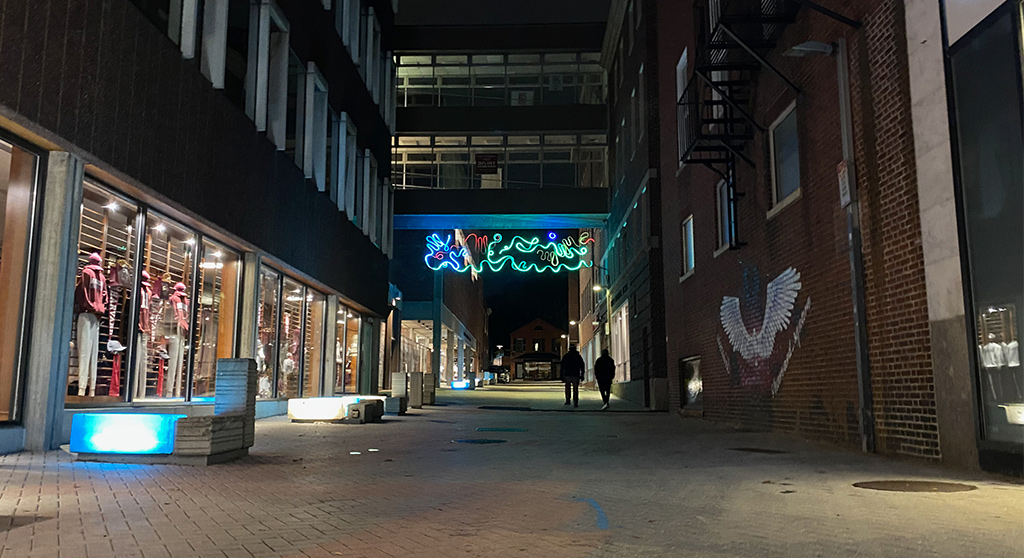 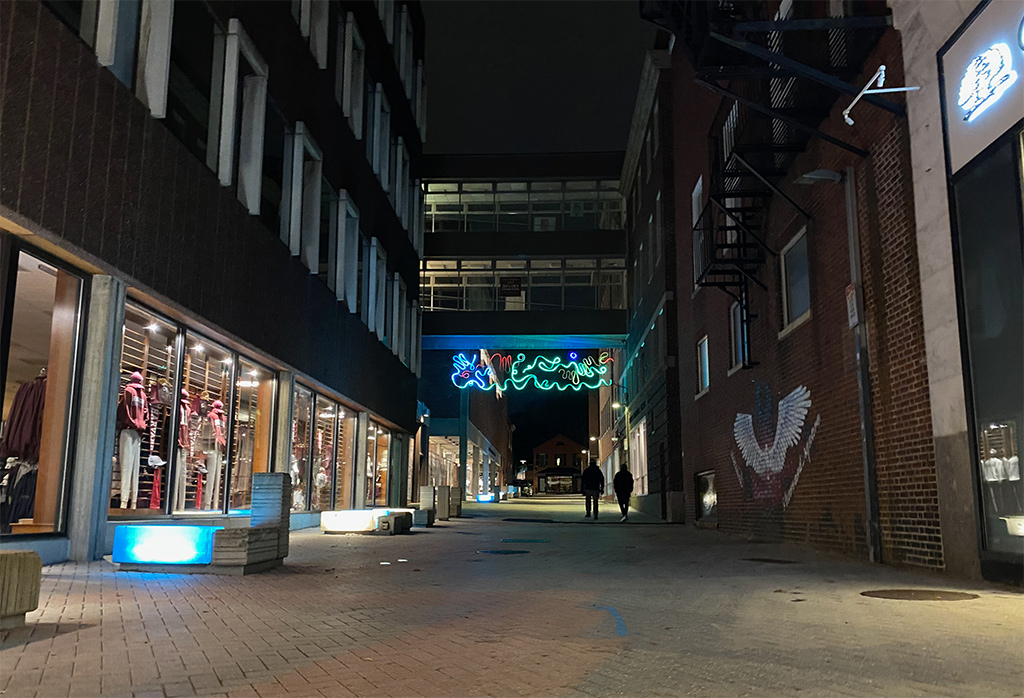 Palmer Street in Harvard Square was envisioned in 2007 as a magnet for street performers and pedestrians, it has been “underutilized,” city officials say. (Photo: Marc Levy)

Rethinking Harvard Square to make it more like famously walkable cities such as Munich and Copenhagen won strong support from city councillors last week at a committee meeting.

At a time the city is dismantling its shared street program, other cities have leaned into establishing pedestrian-only areas. “Burlington, Vermont, has Church Street; Boulder, Colorado, has Pearl Street; Copenhagen, Denmark, has Strøget. And all those are cold water cities which continue to have their streets closed or more open to delivery traffic as well as pedestrian bike traffic, and right through the winter,” councillor Patty Nolan said Nov. 25, signaling an undercurrent of the meeting – a push for city staff to do much more to make Cambridge a pedestrian destination.

An Oct. 19 letter from the city manager to the City Council laid out a vision for the committee to discuss: a pilot program that includes extending temporary closings on Winthrop and Eliot streets, improvements to Palmer Street and investigating closing parts of Brattle Street.

Given the impending winter and lack of progress on appointing members to the Harvard Square Advisory Board, it remains unclear how soon the changes could be implemented.

The Harvard Square Business Association supports the proposals. It “has advocated for years for a formal street closure program for the square, one that takes into account the competing needs of the business district and the desires of the community,” executive director Denise Jillson said. “While fully realizing that the square is a transportation hub, and that vehicular traffic is our reality, we are fully prepared, happy and ready to pilot a program.”

While the city prepares to undo Harvard, Magazine and Garden streets’ status as “shared streets” after six months and reopen them to regular traffic, Harvard Square has two examples of streets made permanently pedestrian friendly more than a dozen years ago. 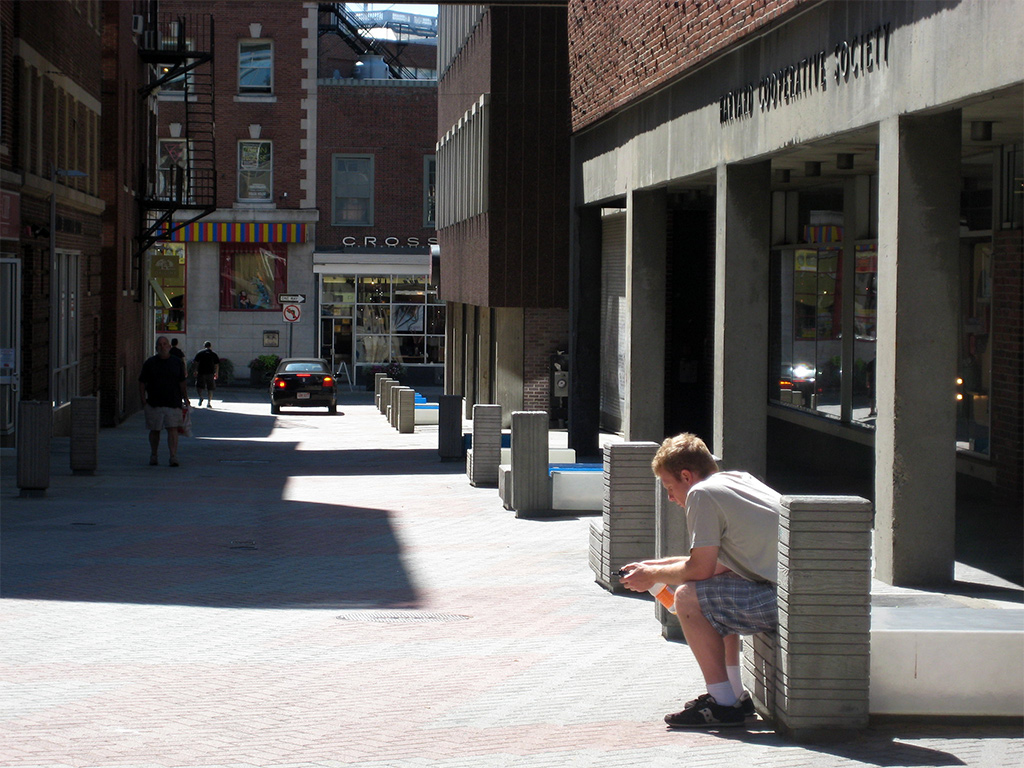 City Manager Louis A. DePasquale and staff point to the square’s Palmer Street as an example of the city’s experimentation with shared street design, while acknowledging it as “currently an underutilized public space.” It was the second attempt at a Harvard Square shared street after Winthrop Street in 2007; the two share interlocking concrete pavers that distinguishes each long block of space from an asphalt road meant for driving, but Palmer Street, a former alley, also got in-ground lighting and rocklike benches that glow blue at night.

Winthrop Street runs past Winthrop Park and provides access to restaurants such as Grendel’s Den, Shake Shack and The Red House. Though Palmer Street cuts through the two sections of the Harvard Coop and was seen originally as a magnet for street performers, its most frequent use is at one end, for access to the folk music and food of Club Passim. The Harvard Square Business Association has used it for warm-weather outdoor cinema events.

Vice mayor Alanna Mallon urged a more thoughtful approach for the street, calling it now “a sort of between space, not here nor there.”

When Winthrop was reworked in 2007, it already had low vehicle traffic but high pedestrian use and “implicitly functioned as a shared street,” a National Association of City Transportation Officials case study noted in 2013. “The city’s project formalized it.”

Councillor Jivan Sobrinho-Wheeler suggested more streets could follow the model of Winthrop Street, which is “really open to pedestrians and is transformative in a way that some of the more temporary spaces aren’t.” The city manager’s letter did not address such plans, he said. 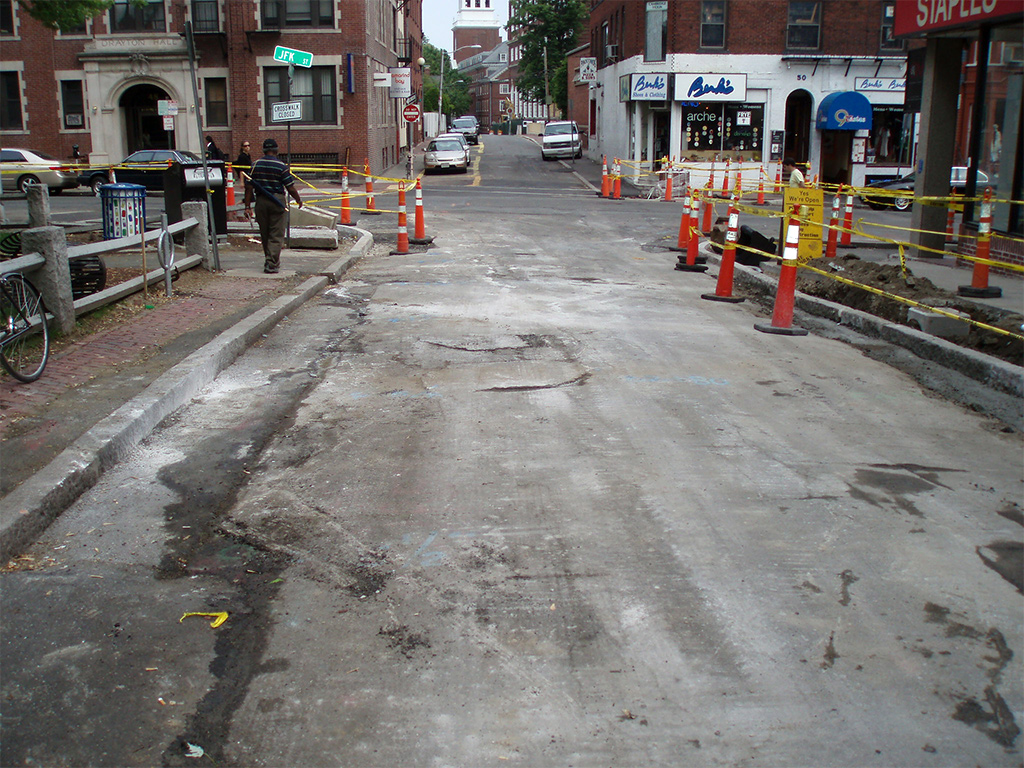 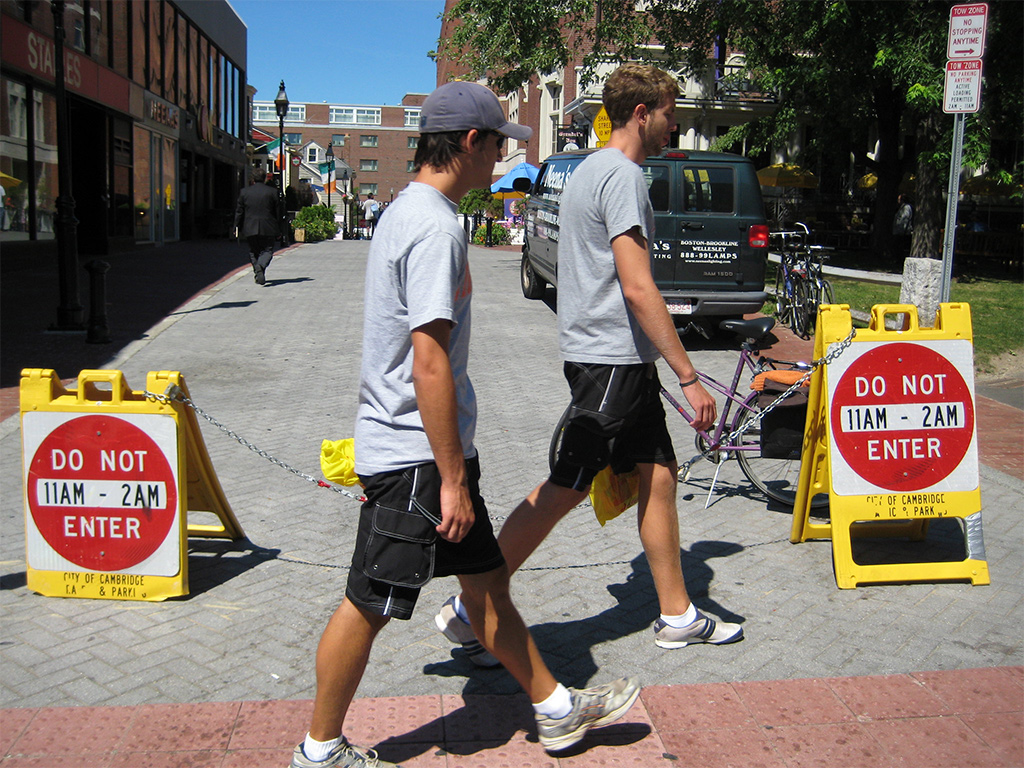 Contrasting the city’s current approach to shared streets, some councillors recalled visits to peer cities in the United States and Europe. “I was in Munich in 1969 when they were laying out streetscape. They basically changed all the streetscape to pedestrian,” Carlone said. Munich undertook a remake of its city core in the 1970s that established a number of pedestrian-only streets and rerouted car traffic to an outer ring road. Today Munich is held up as an example of one of Europe’s most walkable cities.

“It’s a fair criticism. We at Community Development, in partnership with the City Manager’s Office, are the ones responsible for making sure that it is brought into alignment. That has not happened,” assistant city manager for community development Iram Farooq said.