‘I Care a Lot’: Trying to scam the wrong senior? You realize, of course, that this means war 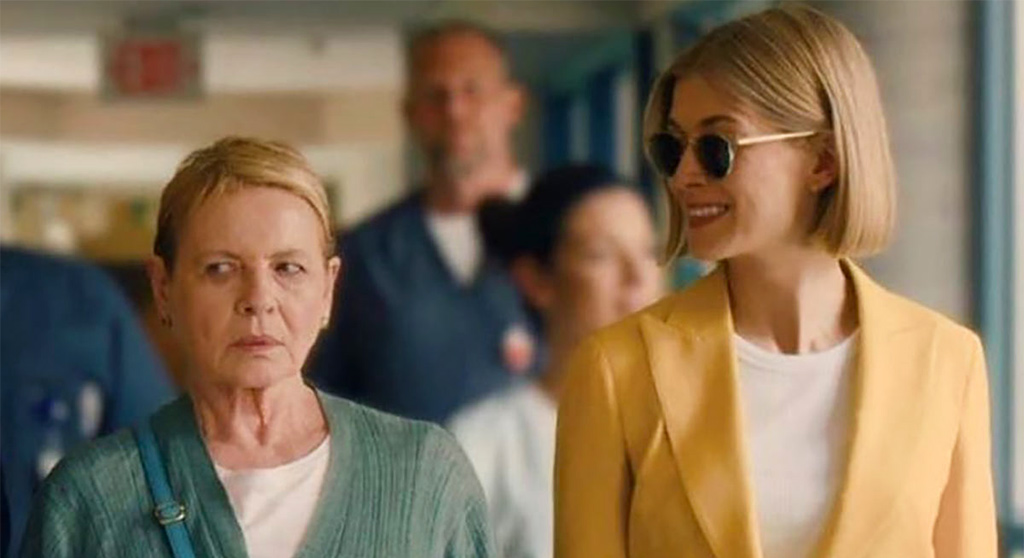 ‘I Care a Lot’: Trying to scam the wrong senior? You realize, of course, that this means war

“Playing fair is a joke invented by rich people to keep the rest of us poor” – a quote that might ring true if it was about racial inequality, leveling the playing field or creating opportunity for those normally denied. But in “I Care a Lot” it’s from the lips of a corporate Karen who dupes the elderly on the cusp of dementia out of their amassed wealth for her own gain. Yeah, that’s right: Taking advantage of memory challenged seniors so as to fleece your own pockets. The badass “lioness” here, Marla Grayson, is played by Rosamund Pike, who makes the unpalatable role of shameless predator semi-digestible as the caregiver with a swank office of minions who slides into any court hearing about a rich elderly person who may become a ward of the state and sweeps their care under her wing. Then she gets them locked up and drugged up she can liquidate their assets.

Happy days for the elderly and those boxed out who may care for them this is not, but writer/director J Blakeson, channeling David Fincher (who did “Gone Girl” with Pike) musically and in agile editing style, keeps the unlikeable audacity clicking and infectious. It’s something of a cinematic bag of Doritos: The universe says it’s bad for you, you know it’s bad for you and yet you’re all in. How many times has the POV of a serial killer ever worked? (“Dexter,” “Hannibal”?)

Grayson catches a snag when she targets Jennifer Peterson (Dianne Wiest) whose son (Peter Dinklage) is Russian mob connected. You’d think that would be a big cup of no-thank-you-tea, but Grayson doubles down and, as the film wants you to have it, becomes the victim. It’s a ruse that never sticks, considering the countless seniors duped, bilked and bled, left on the shores of nowhere and certain oblivion. We never see that, and Pike’s edgy, engaging performance obscures this into a slick, twisting thriller – and it is slick – but at the heart is a victimization that goes beyond unconscionable. Sharon Stone’s Catherine Tramell in “Basic Instinct” (1992) feels like a blueprint for Pike’s Grayson, but Tramell was a lioness hunting bull rhinoceroses in their prime; Grayson is an opportunistic hyena sourcing wounded old birds.