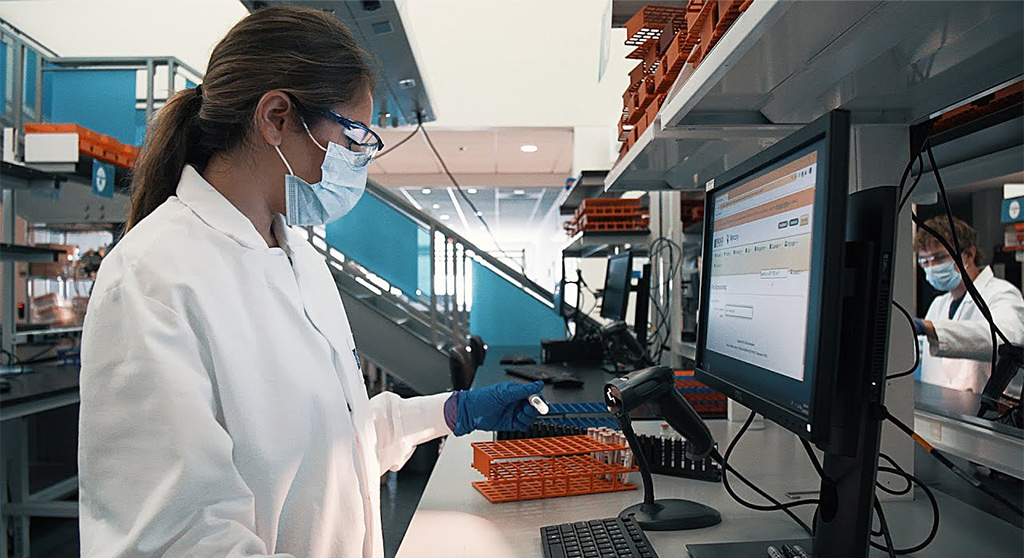 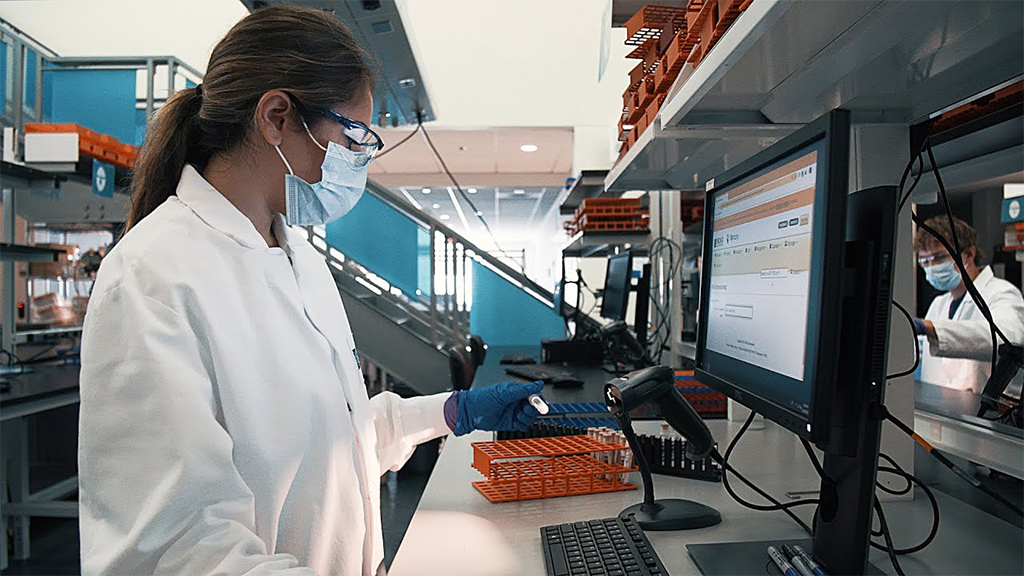 The Broad Institute has been processing tests for Covid-19 from nearly the start of the pandemic; February saw a refinement of its protocols. (Photo: Broad Institute)

The Broad Institute of Massachusetts Institute of Technology and Harvard University, which processes hundreds of thousands of Covid-19 tests daily from Massachusetts and surrounding areas, changed its protocol early last month in a way that slightly reduces the number of results reported as positive. Some scientists believe the change better reflects the number of people who test positive and are truly able to spread the virus.

The Cambridge laboratory compared test results using its new protocol with the previous one for two weeks and found that about 1 in 400 tests previously deemed positive would now be reported as inconclusive or invalid, or 0.25 percent, spokeswoman Karen Zusi said Thursday. “As we emphasized to testing sites at the time, a result changing from ‘positive’ to ‘invalid’ did not mean the person should assume they are negative. It means the test was inconclusive and that either outcome is possible. Recollections were strongly recommended,” she said.

The lab changed its standard for positive tests “working with the [state] Department of Public Health,” she said.

The Broad performed about 2.5 million tests between Feb. 5, when it began reporting results using the new method, to Friday. It reported 28,443 positive results during that period, according to its Covid-19 testing dashboard.

The laboratory plays an important part in Cambridge’s testing program. It processed almost 100,000 tests from the city’s test sites between November and February. The laboratory also analyzed samples from the city’s groundbreaking surveillance testing program of all long-term care residents and staff early in the pandemic last spring, which found 203 cases when the city health department had known of only 24. The state health department later launched a similar surveillance program and enlisted the Broad to process samples.

The lab also processes tests from Harvard, MIT and many other New England colleges and universities.

Michael Mina, an epidemiologist at the Harvard T. Chan School of Public Health and associate member at the Broad, said PCR tests such as the ones performed at the laboratory “can be so sensitive that they have the potential to get false positives and detect true positivity for a long time,” including after a person stops being infectious. The change at the Broad “is an effort to improve the specificity,” Mina said during a press call organized by the Harvard school.

The Centers for Disease Control and manufacturers of PCR tests subject samples to 40 cycles of probing for the virus, he said.“That is a lot of cycles,” Mina said. “You’re amplifying a single molecule many times to get a positive. You might just have one molecule [of virus] or none and a false positive.”

“For a virus [such as Covid-19] that can go from a few molecules to a trillion in one day,” it’s not necessary, he said. Mina said he didn’t know of other labs that had “changed their process midstream” as the Broad has. He said the issue has been discussed by scientists worldwide.