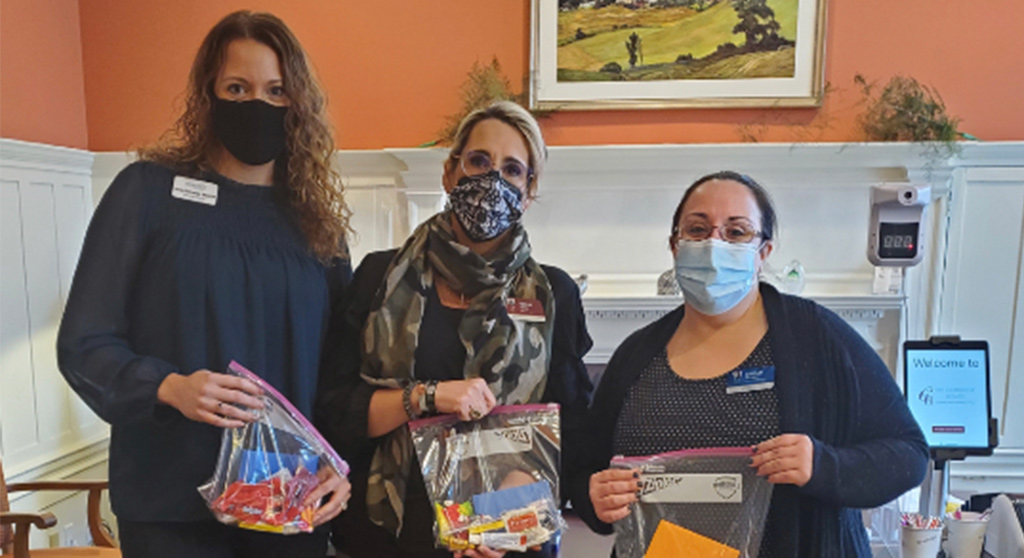 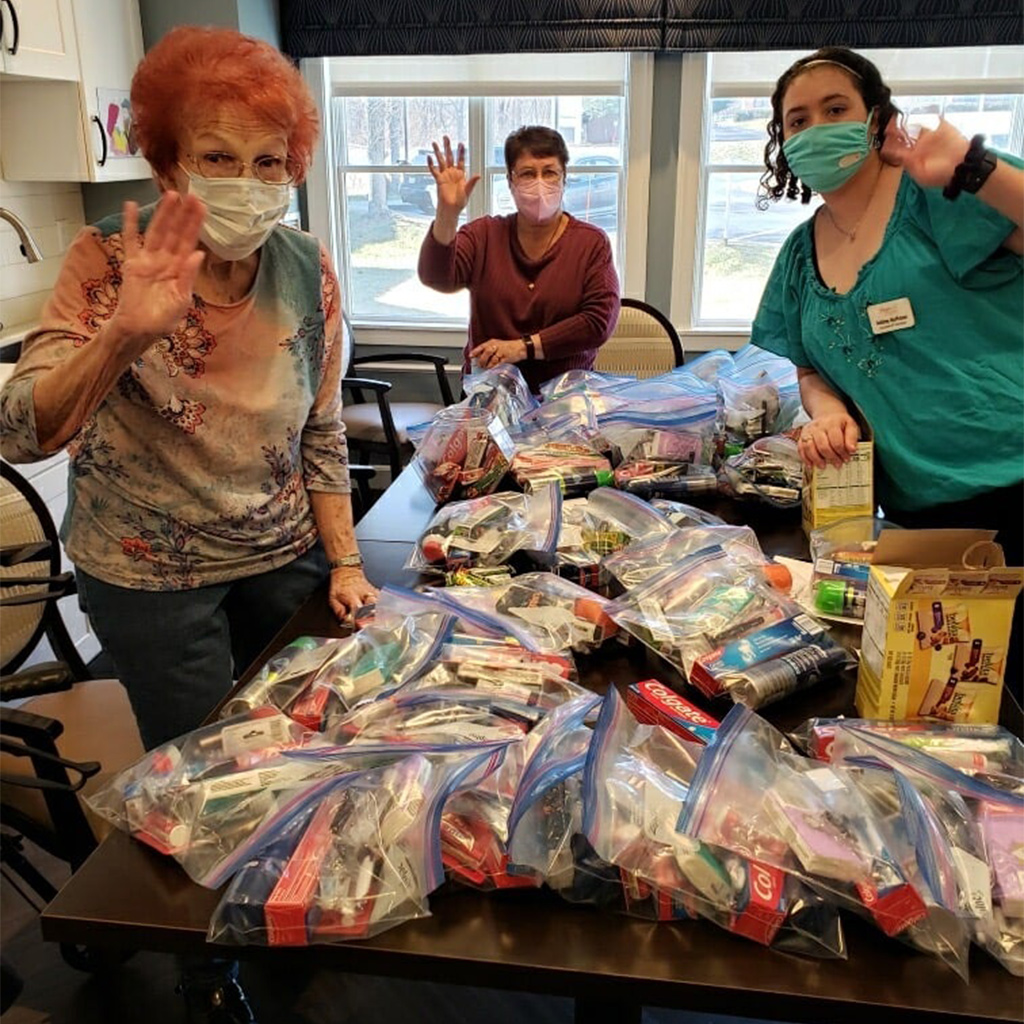 When Teresa Burns, executive director at The Cambridge Homes Independent and Assisted Living, got her son’s deployment date overseas, she acted to ensure his entire unit would have essential travel items. This was no small task – 325 soldiers were deploying on a three-leg trip, and the soldiers were set to get a different care package on each leg of the journey.

With 975 goody bags to assemble, Burns reached out for support on social media, where friends and family stepped in to help. She also contacted colleagues at Senior Living Residences, which manages The Cambridge Homes and 16 other independent, assisted living and memory support communities across New England. That’s when staff and residents at several communities jumped in to help.

In all, seven senior communities contributed. The stories were heartwarming: Residents and veterans at Nashoba Park Assisted Living in Ayer helped assemble dozens of care packages and personal cards. Veterans living at Concord Park Senior Living in West Concord chipped in, enjoying an opportunity to give back to fellow soldiers. Cornerstone at Hampton in Hampton, New Hampshire, fielded donations from their own associates and families. Residents at Heights Crossing in Brockton set up an assembly line to pack materials.

The Cambridge Homes also got support from students at several elementary schools, including a class at Brooks Elementary School in Medford that helped package many of the goody bags, incorporating handwritten notes. Nottingham and Stratham Memorial Elementary Schools in New Hampshire contributed items and notes as well.

“It wasn’t easy to say goodbye to my son, but being able to send off cards and care packages to his unit was really special,” Burns said. “I am still blown away by the outpouring of support I received from colleagues and friends, and I want to thank each of them from the bottom of my heart.”

The not-for-profit Cambridge Homes is on Mount Auburn Street, about a mile from Harvard Square.