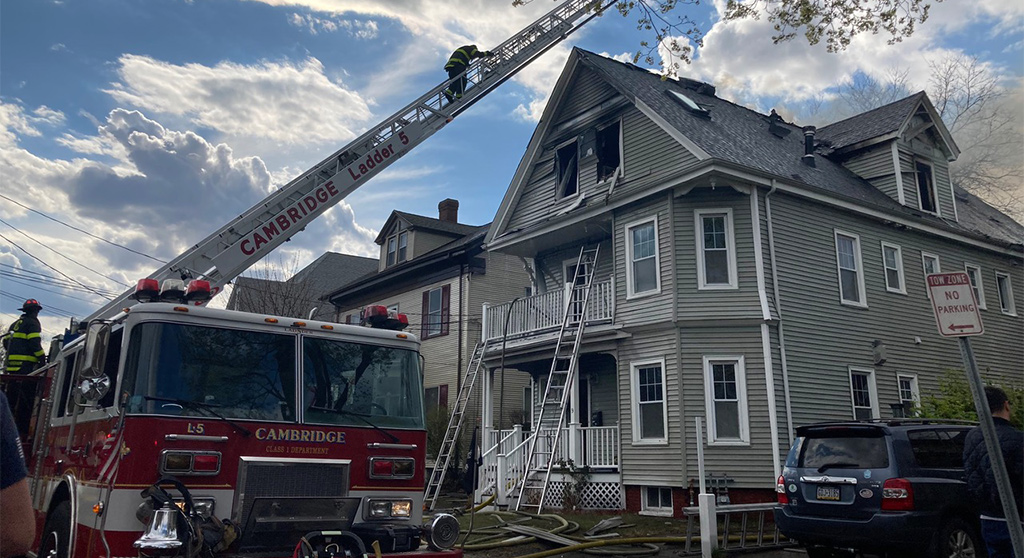 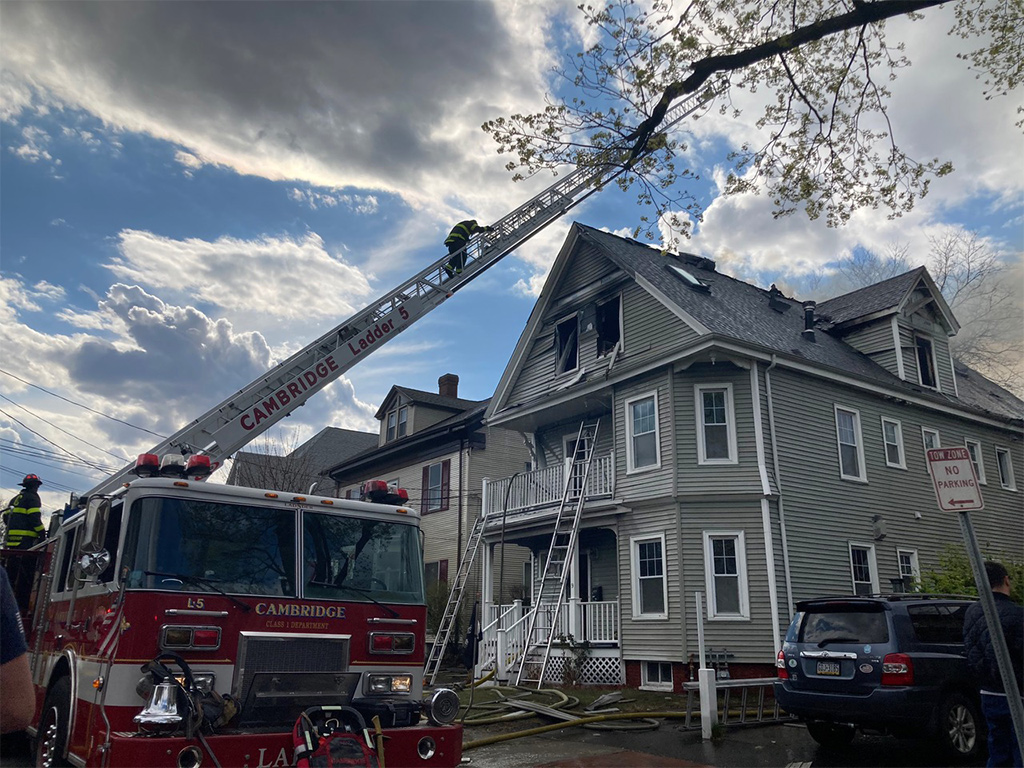 It was unclear how long it would take to clear Massachusetts Avenue’s westbound traffic from vehicles tending to a three-alarm fire on Meacham Road, North Cambridge, fire dispatchers said Monday.

Some units were clearing as of around 5:15 p.m., according to scanner reports.

The fire, first reported at around 2:30 p.m., seemed quickly to be as much media event as threat. Dozens of people stood amid firefighters taking photos and filming as hoses blasted the shingles off the roof of the three-story home at 9 Meacham Road to prevent a recurrence of the dark gray smoke seen over the neighborhood, near Somerville’s Davis Square; helicopters buzzed overhead to match the half-dozen firetrucks gathered.

Universal Hub said at the time that firefighters had been “ordered out of the building and their main goal now is to keep the fire from spreading.”

Fire officials told media that the cause of the fire was not immediately known. There were no known injuries at the scene.