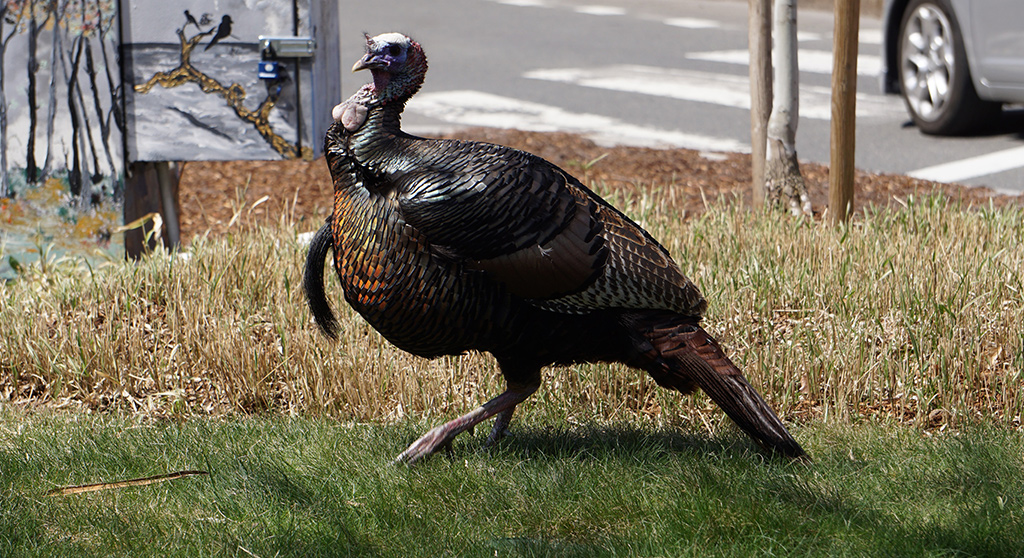 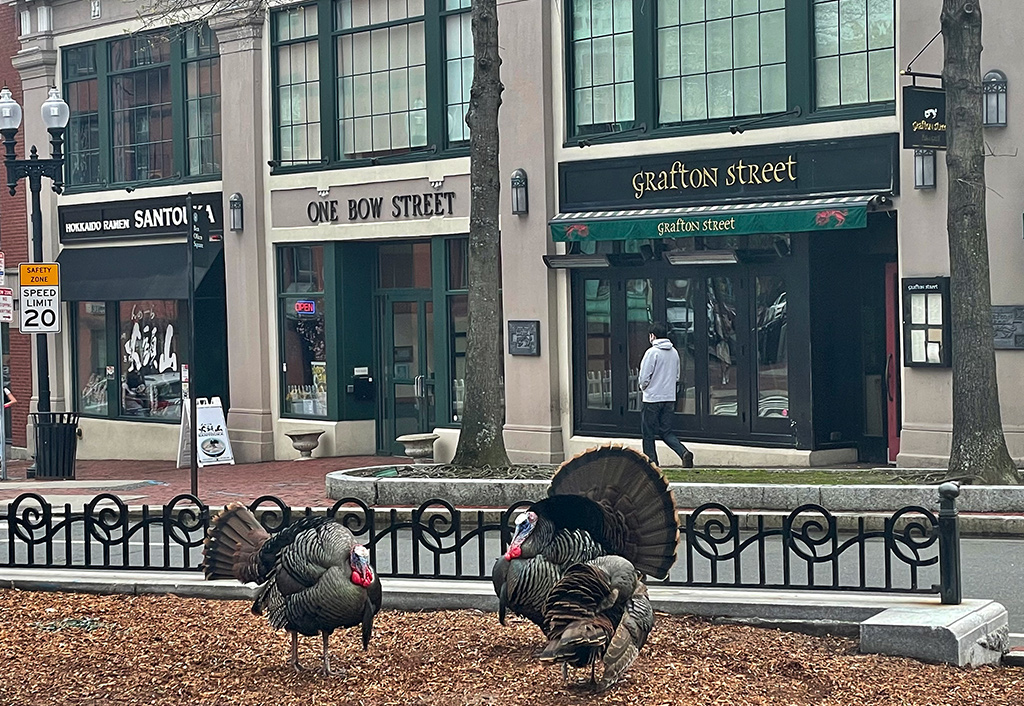 The turkeys that have made themselves at home on a traffic island in Harvard Square. (Photo: Tom Meek)

There are fewer students hanging out in Harvard Square, but in their stead is a trio known on social media as Larry, Moe and Curley Joe – or as Dewey, Cheatem & Howe, or Tom Sr., Tom Jr. and Tom III: Three turkeys now at home for three weeks on the traffic island at Massachusetts Avenue and Harvard Street, across from the Hong Kong and Grafton Street eateries.

The trio looks to be two toms (mature males) and a perhaps very young jake (immature male) or hen. Toms are easy to tell by their size and majestic splay of tail feathers, as well as the telltale blue-white head coloring, turkey beard – the tuft of a hair jutting from the breast – and big red wattle dangling from the chin, which is both a display piece to attract mates and a sweat gland because turkeys, like dogs, don’t sweat. 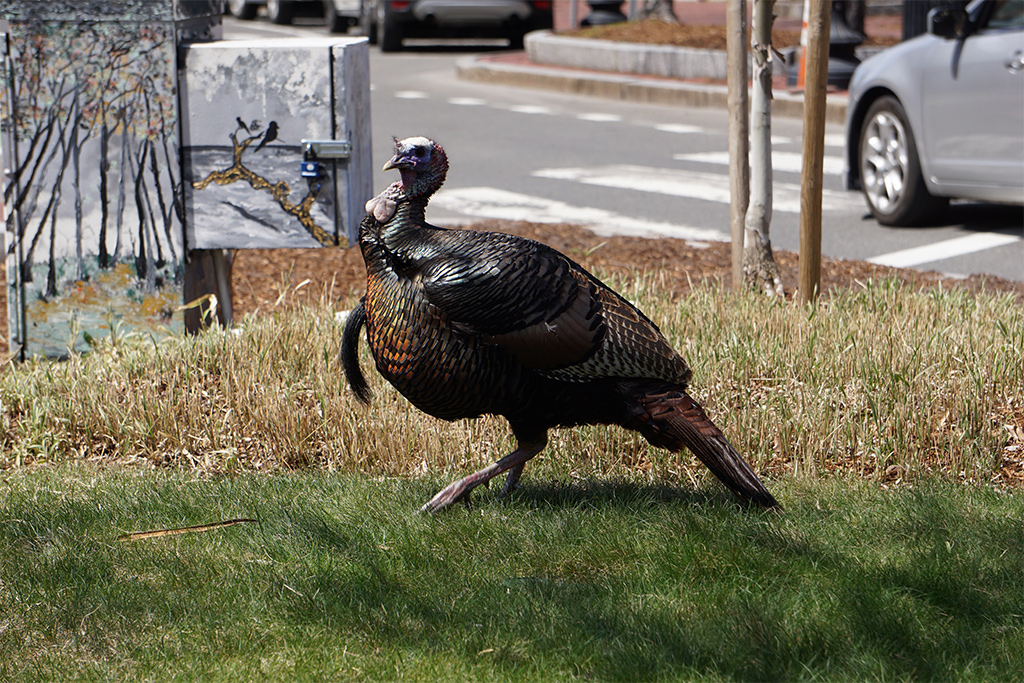 The birds seem happy to just hang out on the 30-foot triangle mid-triangle. (Photo: Tom Meek)

The birds seem happy to just hang out on the 30-foot triangle, with the dominant male puffing to make a threatening display as he swaggers over to any gawker who gets too close to his mates. April is the middle of turkey mating season, and males can get aggressive. Last year in Somerville, a turkey known as Mayor Turkatone was euthanized after too many attacks on humans, called the fault of people who kept feeding him. The city and state Division of Fisheries and Wildlife implore residents not to, but also to not let them intimidate you – while staying aware that their claws are sharp and strong.

Besides digging in gardens and gobbling ghoulishly from roosts that are often overhead – they can fly but not very well – turkeys’ biggest impact on city dwellers is blocking traffic with their too-leisurely saunters across streets. Folks snapping pictures just add to the spectacle and delay. (Though one of those might be Brookline photographer Aynsley Floyd, who’s working on a “Turkey Town” documentary about the challenges of living with wild turkeys.)

Turkeys, seen as a symbol of old New England, were largely extinct here 50 years ago, when conservationists decided to capture some of the birds from upstate New York and rewild them here in the 1970s. The demise of small farms and deep eradication of apex predators (catamounts and wolves, coyotes and foxes – now making a comeback as well) helped their resurgence, with between between 30,000 and 35,000 estimated statewide; in recent years they’ve been all but ubiquitous, though neither Animal Control nor state wildlife experts would guess how many turkeys live in Cambridge.

“Anyone who says they know how many turkeys there are in any town in Massachusetts, let alone Cambridge, is selling you a story,” said biologist David Scarpitti, of MassWildlife. “The number is really not important. What is important is how the density and abundance of turkeys affects residents and their position relative to what we call ‘cultural carrying capacity.’ What this means is how many turkeys are people willing to deal with before it becomes a nuisance and undesirable.”