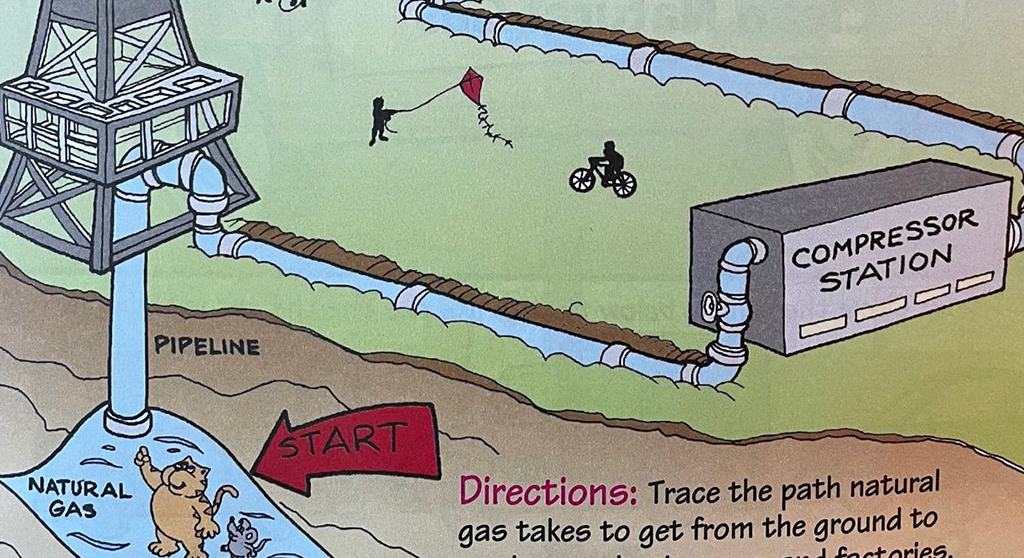 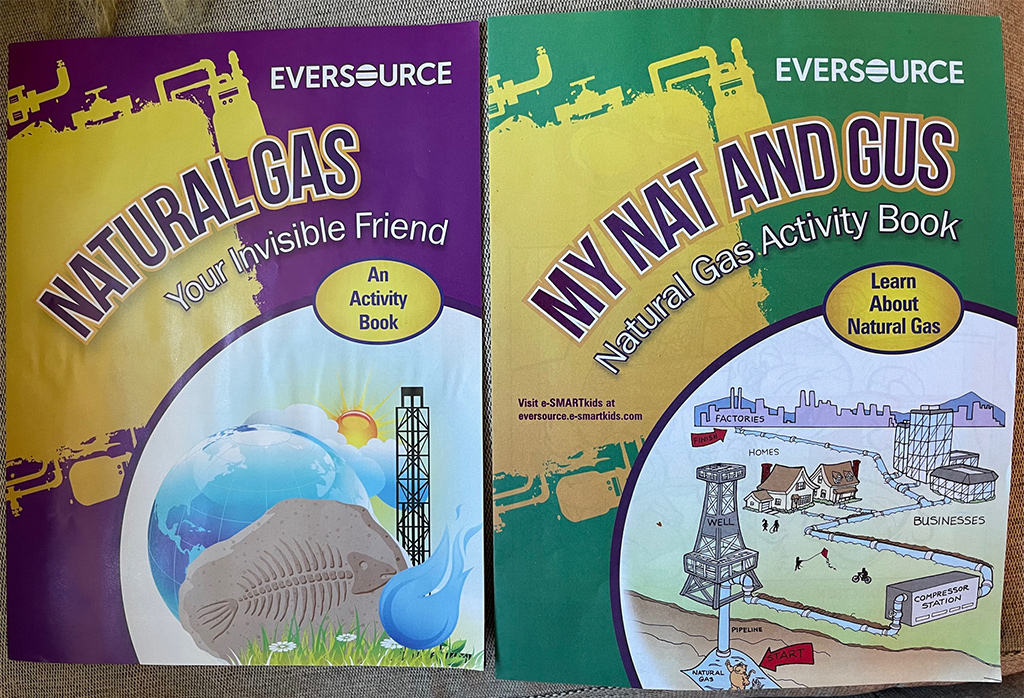 Eversource materials for children are “despicable” in not mentioning climate change, a parent said online. (Photo: Gleb Bahmutov via Twitter)

Natural gas promotions targeting kids but making no mention of climate change were distributed to students by mistake, without going through the school district for approval, Mayor Sumbul Siddiqui said Monday.

“It shouldn’t have happened,” Siddiqui told city councillors at their regular meeting. “We’re on it to make sure this doesn’t happen again.”

The materials – Eversource-produced activity books such as “Natural Gas: Your Invisible Friend” – came home from the Tobin School late last week with the son of Windsor Street resident Gleb Bahmutov, who took to social media to explain why they made him “beyond angry.”

“Not a single mention of the climate crisis,” Bahmutov said online, calling the omission “despicable – like showing kids a knife while whispering ‘I will stab you later.’” His tweet drew 209 likes and 115 retweets, as well as an extended conversation from other residents who agreed that they were “shocked” the materials had been given to kids.

Among the commenters was city councillor Patty Nolan, a former School Committee member who said this was not the first such problem the district has had with Eversource materials. The committee responded to complaints from parents at one school in June 2018 and asked the district to make sure the problem wasn’t repeated, Nolan said. The solution didn’t last.

Siddiqui explained Monday that despite a district policy that the office of deputy superintendent Carolyn Turk must sign off on “any kind of distribution … what happened is that Eversource mailed the materials directly to educators rather than to the school or district-level personnel.” The district also bars commercial material from being distributed, a rule these materials violate, Nolan said.

The district is reminding principals and teachers of the policies, Siddiqui said.

Councillor Quinton Zondervan said he had spoken with Eversource officials briefly before the meeting and heard assurances they would “take care of it and that it would not happen again.”

“We absolutely must hold them accountable to that, because that was completely unacceptable,” said Zondervan, an environmentalist who previously served as president and board chair of the nonprofit Green Cambridge.

Eversource spokesman William Hinkle didn’t address directly whether an official had assured Zondervan the materials wouldn’t be recirculated as they were last week, or whether similar promises were made in 2018. “There are different versions of the book based on grade level that date back to 2011, and they undergo periodic updates. We provide them upon request to various schools within our gas service territory in Massachusetts and Connecticut,” Hinkle said.

But future materials should include climate change information, he said.