Homes at 2072 Massachusetts Ave. will be lifeline for hundreds of families over the coming decades 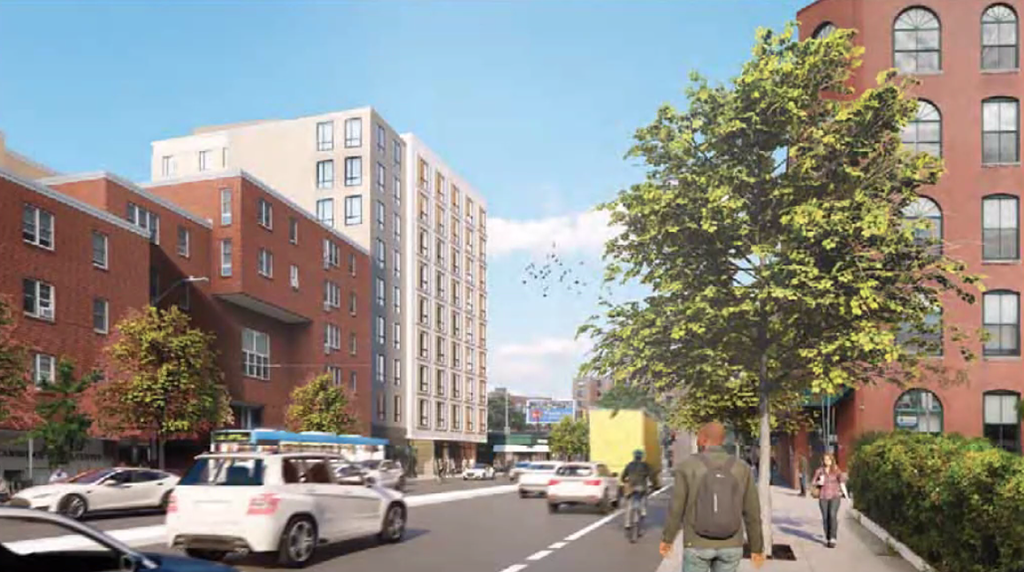 Homes at 2072 Massachusetts Ave. will be lifeline for hundreds of families over the coming decades

A rendering of a proposed building at 2072 Massachusetts Ave., North Cambridge, as presented May 4 by developers to the Planning Board.

On May 20, 2021 the Board of Zoning will hold a second meeting to discuss the 100 percent affordable housing proposal for 2072 Massachusetts Ave., North Cambridge If approved, this building will create 48 homes, approximately 70 percent of which will be two and three bedrooms, just blocks from public transit – all affordable.

The project would achieve “passive house standards,” which when combined with the planned energy-efficient HVAC, lighting, installation of rooftop solar/green roof and healthy building materials will be one of the highest levels of sustainability achievable by a builder.

In short, this building is everything we’ve stated we want as a city: affordable, family-sized homes that are transit oriented, on a major retail corridor, beautifully designed and environmentally sustainable. This is a project that meets all the city’s major goals, and it should be applauded.

The Planning Board has twice approved the project unanimously, and now its future and the future of those who will benefit from these affordable homes sits with the BZA to approve zoning relief under the chapter 40B process.

Over the course of the past several years, city staff and the City Council have taken steps to address the critical need for affordable housing in our community. For those of us working every day to address the housing needs of our residents, we know how important it is that we move beyond words and sentiments in support of affordable housing and take action to build and produce this much needed resource.

The Covid-19 pandemic has illuminated and revealed decades of public policy that fails our most vulnerable residents in housing, transportation, food access, education and more. This realization should be an opportunity for us to remedy these injustices.

Some have indicated their willingness to “sacrifice” units to make the building smaller. As councillors, we don’t believe these homes should be “sacrificed.” We see these homes as tangible lifelines for residents. Residents such as Lisa (names have been changed), who lived in her car for months during this pandemic while her CRLS students doubled up with friends so they could still attend school. Or Ellen, a single mother who grew up in Cambridge and is being forced to move outside the only city they have ever known because she can’t find an affordable apartment. Or Dina, a victim of domestic violence who fled her abuser with her children and lived with a family friend in her one-bedroom for years as she waited for a family-sized unit to accommodate her family.

These are real people, people we’ve gotten to know, love and care for as friends and valued members of our community. These residents are not abstract, and their future should be a priority for all of us.

We have heard some say, “this project won’t solve the affordable housing crisis.” This might be true, but Cambridge has never been a community to throw its collective hands in the air and abandon responsibility because we can’t solve the entire problem. These homes will not only be a lifeline to those 48 families who will live there initially, but to all the families who will call the building home over its lifetime. Hundreds of families who would otherwise be forced out of Cambridge will have the opportunity to stay in Cambridge over the next several decades.

We see the BZA as partners in helping to meet the city’s goal for providing housing for a more affordable and equitable Cambridge. Although concerns such as traffic, parking and shadows may be important, we don’t see them as more important than people having places to live. We hope the BZA will see clearly to move this building forward so more people can have the security of a safe and affordable home.