A National Bike Month look back at the ‘Bi-Ex,’ leaders of the pack in thriving culture of cycling 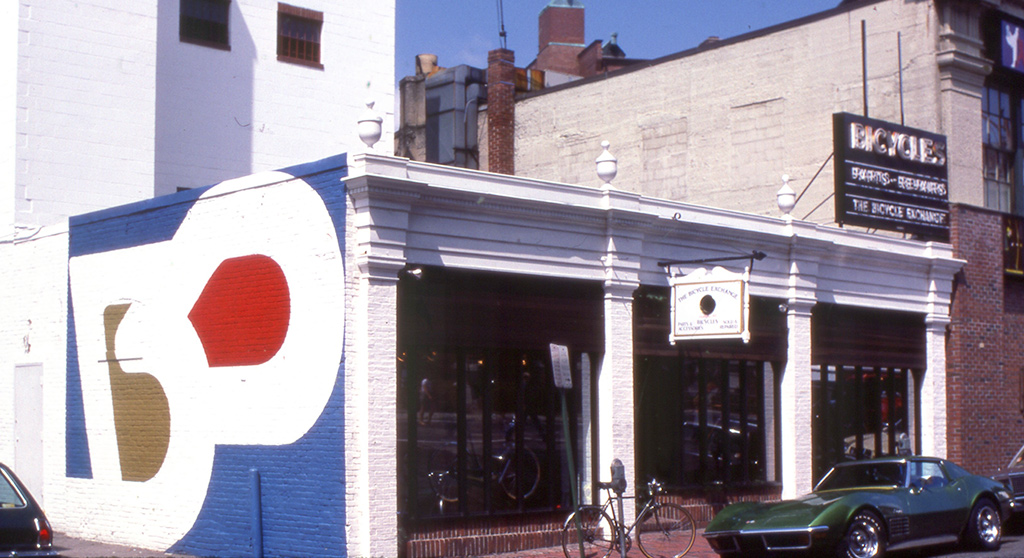 A National Bike Month look back at the ‘Bi-Ex,’ leaders of the pack in thriving culture of cycling

History Cambridge partners with organizations from around the city to enhance and amplify the historical record. This week our friends at the Cambridge Historical Commission, the city’s historic preservation agency, are our Did You Know? guests.

This article is written in honor of Bike Month, which takes place in May. Bike Month is especially relevant this year in light of bike sales that have skyrocketed throughout the Covid-19 pandemic due to anxiety over public transportation and a surge in exercise. 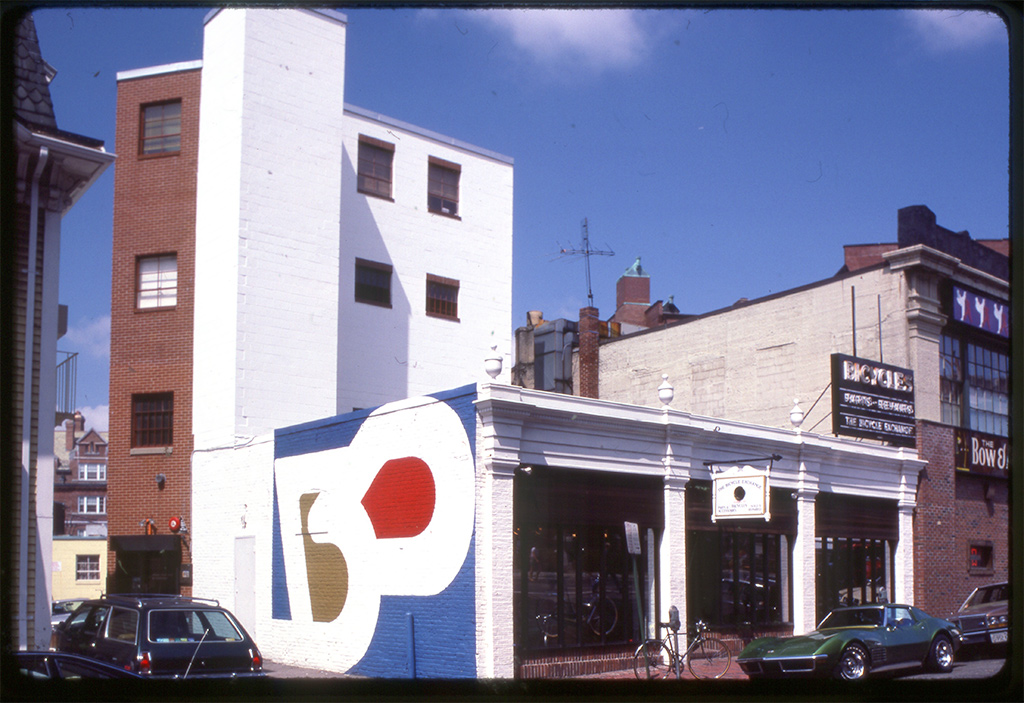 In 1901, Cambridgeport building company Wellington Fillmore was commissioned to erect a one-story commercial building at 5-7 Bow St., Harvard Square (later numbered 3 Bow St.), for the newly established real estate investment group University Associates. While the property was acquired by the group along with the nearby Quincy Stables, the market for private dormitory rooms was saturated, and University Associates elected to build three stores for tenants displaced by dormitory construction on Massachusetts Avenue. The new building’s rate of construction was astoundingly quick, with only four weeks between the initial groundbreaking and fitting final touches. Several applicants vied for one of the three storefront spaces; the first tenants, roofer Howard F. Peak and the Toohy Shoe Co., began installing their businesses that November.

By 1916, the building had been converted entirely to restaurant use. In the early 1930s, it was the original location of Cronin’s restaurant. In 1936, Cambridge resident Benjamin F. Olken moved into the building with his business, The Bicycle Exchange, from across the street where he had been renting a small dormitory space since 1934. Olken partially financed his Massachusetts Institute of Technology architecture degree by swapping or selling secondhand goods, including books, clothing and bicycles. After graduation, Olken began his bicycle rental business with only four brandless cycles to start. In 1950, Olken bought the building from University Associates for $10,000.

By the 1970s, Olken was catering to a booming bicycle market. The Bicycle Exchange, or “Bi-Ex” offered bicycle rentals by the hour, day or week, with packages tailored to cyclists interested in “Seeing America’’ or “Touring the Continent.” Tandems were available at twice the price. If your dream was to own your own bike, the shop carried domestic cycles, imports and refurbished models. The shop’s “Pledge to the Development of Cycling as a Sport” meant that you could not only buy or rent a bicycle to suit their outing, but maps, recommended routes, attire suggestions and touring guidance could also be provided by knowledgeable staff, many of whom were Olken’s family members. Innovators, novices and enthusiasts alike were welcome at Bi-Ex: a prototype of the now world-famous Kryptonite lock, invented in the early 1970s by East Cambridge resident Stan Kaplan, was first tested and later sold in the shop.

In May 1956, National Bike Month was established by the League of American Bicyclists. A two-story addition to the building was constructed that same year and consisted of a concrete block structure occupying the bulk of the lot. Until this addition, the building’s empty rear lot was used for bicycle instruction. A third and fourth story were added in 1970. The original three storefronts, which survived until the 1970s, were set at an angle to the street and consisted of plate glass windows and transoms. The brick piers were treated as pilasters supporting a classical cornice executed in sheet metal and surmounted by urns at each bay.

Like many Harvard Square businesses, the Bicycle Exchange was not destined to last forever. Due to increasing taxes and overhead costs, Olken sold the Bow Street building to Omni Travel Services in 1991. On Nov. 2 of that year, near the 90-year anniversary of the building’s construction, the 81-year-old Olken closed his shop for the final time. Much of the Bow Street building was demolished in 1992, and only the four-story concrete block remains of the building today.