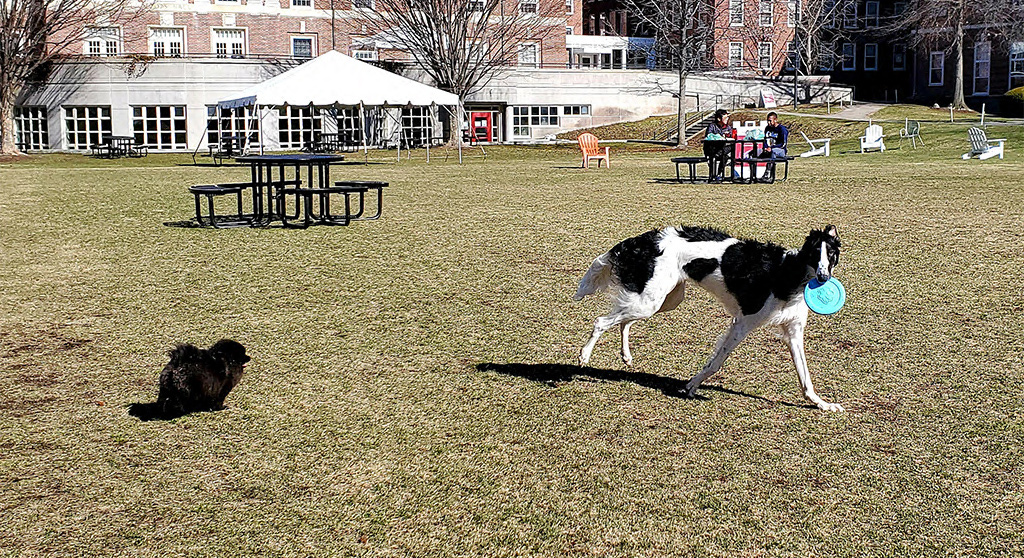 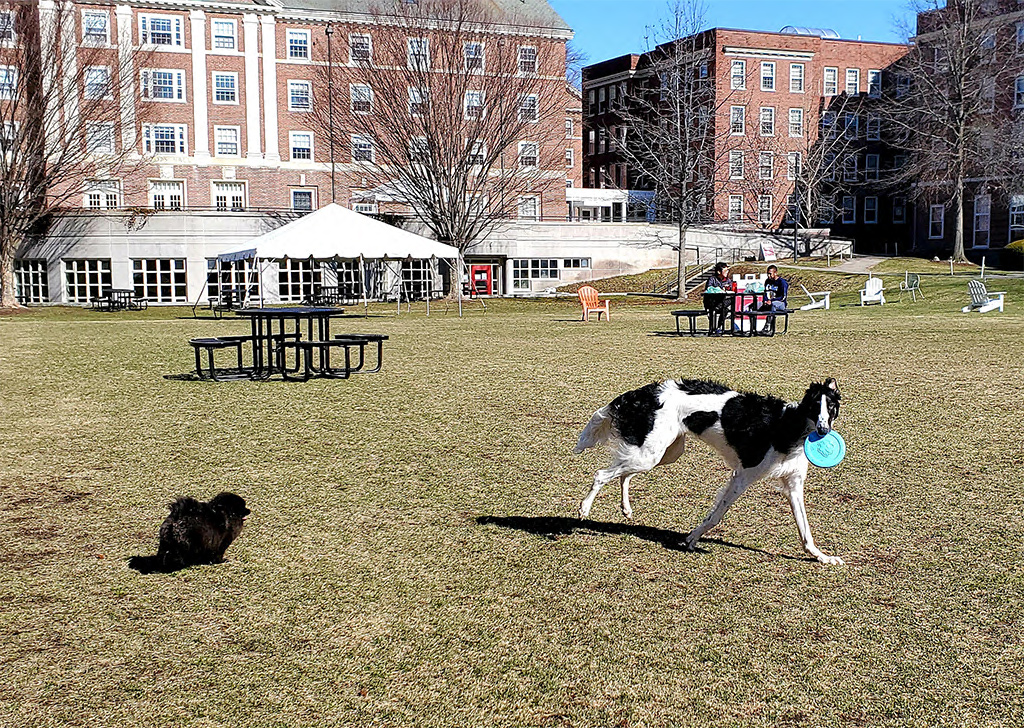 The dog of a Cambridge resident plays in Harvard’s Radcliffe Quadrangle in a photo courtesy of the dog owner.

Dog owners who frequent Harvard’s Radcliffe Quadrangle are upset after one of the university’s college students charged at unleashed dogs with a large wooden stake on three occasions in May. In addition to the student incidents, they say Harvard’s response has muddled a relationship with the neighborhood that has endured for years.

The first incident took place in early May, according to a woman who asked to be identified only as a Cambridge resident. She said a fellow dog owner – a Harvard graduate student – confided that her own puppy had been recently chased by the college student wielding a post.

Residents and students discussing the conflicts weren’t comfortable having their names appear on the record. Some expressed concern about retaliation; others said they wanted to be sensitive when discussing potential student mental or emotional health issues.

Another incident took place May 16, according to a Harvard graduate student who was present. He said two dogs briefly ventured into the quad’s vegetable garden and the college student chased them away, brandishing the stick.

A verbal altercation ensued. The student charging with the stake told one of the dog owners he was afraid of the animals, which was not accepted by the owner as justification for his conduct.

After seeing that dispute, the Harvard graduate student emailed the Harvard University Police Department to express concern that this type of incident could escalate. HUPD told him the department would dispatch extra officers to the area and send someone to talk with the college student who went after the dogs. HUPD did not respond to an inquiry about whether they followed through.

Despite the promised intervention, the Cambridge resident said another incident occurred May 23. She provided text messages between her and another dog owner – this time a Harvard Law School graduate who described the college student running after her dog with a wooden stick.

When the Cambridge resident saw the college student three days later, on May 26, she confronted him and said she would call the police if he threatened her dog. The situation escalated and the student called his house dean to the scene for help.

Dean Ian Miller said he told dog owners that the quad was university property. He also reminded those gathered that dogs were not permitted off leash; an email to the same effect went out to members of his residential house.

Dog owners acknowledged in interviews that there is a sign, albeit small, in the quad that says dogs must be leashed. The rule has not historically been enforced, they said. 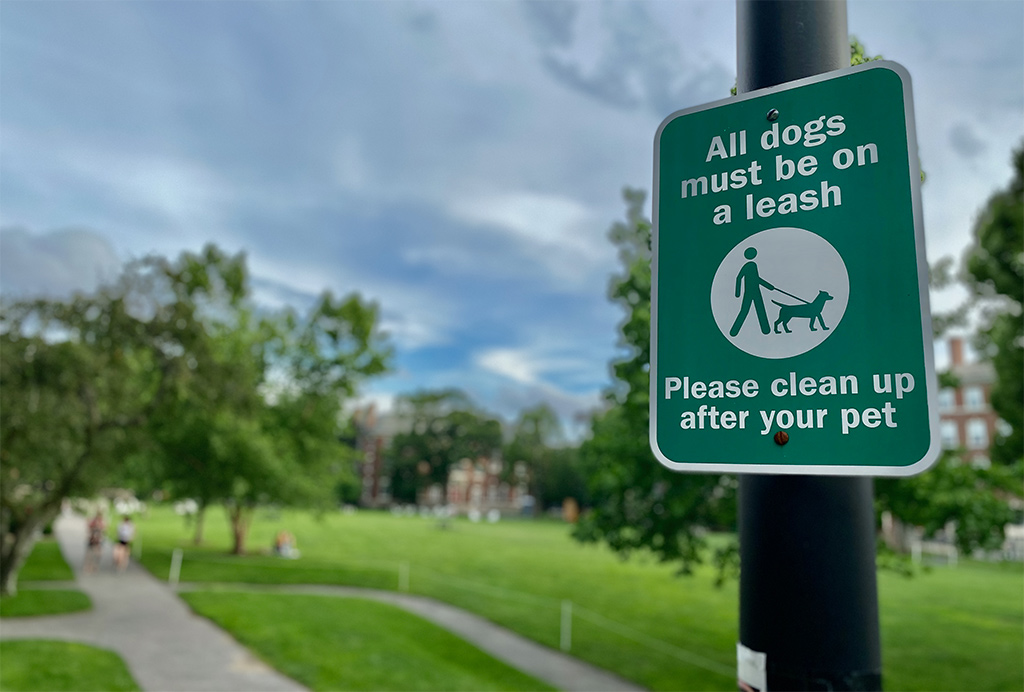 The Cambridge resident said the dean’s response to the situation – namely, his failure to acknowledge what she saw as the student’s inappropriate behavior and his shifting of responsibility to dog owners – made her feel “unwelcome” in the quad.

She said she understands it’s a “privilege” to use the green space. Still, she said, dog owners have been “good neighbors” and deserve respect. “Harvard is not on the moon or another planet. They are in our town,” she added. “We belong here.”

Frustrated with the dean’s refusal to engage dog owners in a dialogue or discuss a solution, she emailed HUPD on June 2 complaining about the string of incidents. “People who are afraid [of] dogs don’t chase them with sticks,” she wrote. She said she did not get a reply.

There have been no further incidents this month, as far as those interviewed know. Still, the Harvard graduate student who first contacted HUPD said May’s events made him feel “nervous” returning to the quad with his dog. “It definitely makes it more of a nerve-wracking experience and less of an enjoyable experience,” he said.

Confusion over the quad

Another Cambridge resident who frequents the Radcliffe green area said there is now a frustrating ambiguity around the quad’s de facto rules, explaining that she and others in her network aren’t sure whether they can resume their customary use of the quad or let their dogs play unleashed.

This resident did not see any of the May incidents herself, though she did hear about them from at least five fellow dog owners.

“I do know that the dog owners are all very responsible and the quad has been a community for all of us for over 10 years,” she said. “I’d be very upset if I as a dog owner and a Cambridge resident cannot take my dog to the quad to enjoy play groups and for myself to make new friends. There has to be a way for a compromise to be worked out with Harvard’s administration.”