Cambridge’s role in slave narratives continues, living on in descendants or cemetery headstones 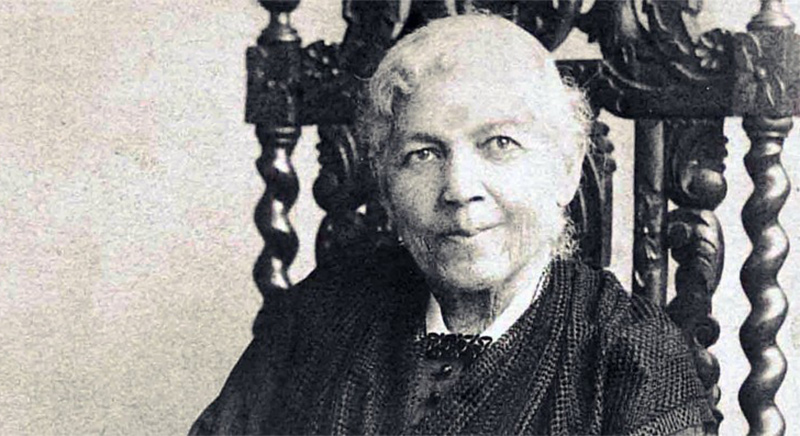 Cambridge’s role in slave narratives continues, living on in descendants or cemetery headstones

Harriet Jacobs escaped slavery in North Carolina by hiding in an attic garret for seven years before fleeing to the North. She became a Cambridge resident and is buried here.

This spring, thanks to support from the Massachusetts Society of the Cincinnati, I’ve been able to embark on a journey through Cambridge’s many resources to learn about the lives of free and enslaved Black people in Cambridge during the 18th century. As a graduate student in African American history, I knew that the Cambridge institutions – from Harvard to the Longfellow House – would have extraordinary resources to offer on slavery about the African American experience in the 1700s. What I didn’t expect was how much the individual stories would make the struggle for freedom and equality by Black Cantabrigians come to life for me. The history of Black Cambridge was interesting in its own right, but it also offered individual stories that illustrated some of the major themes of African American history before the Civil War.

One of the best ways scholars can learn about the experiences of enslaved people is through slave narratives. There are very few in existence, though, and even fewer that focus on the lives of African American women. Every young African American historian learns about the story of Harriet Jacobs – the enslaved woman who, to escape slavery in North Carolina, hid in an attic garret for seven years before fleeing to the North. Who would have thought that this major figure of African American history spent some of her life right here in Cambridge? After traveling in Philadelphia and New York, Jacobs ended up in Cambridge, where she opened a rooming house at 10 Trowbridge St., Mid-Cambridge, and was finally reunited with her brother and daughter. Years later, her body was returned here to rest in death, so she could be buried next to her brother in Mount Auburn Cemetery.

Cambridge, too, has an important place in the history of struggles for Black freedom and reparations. While Belinda Sutton’s petition for compensation for her decades of forced service to the Royall family of Medford is perhaps more well known, formerly enslaved people in Cambridge also advocated for freedom and reparations. When the Vassall family, who lived on an estate now occupied by the Longfellow House on Brattle Street, fled the American Revolution, they left behind the people they enslaved, including a man named Tony and a woman named Cuba. When the newly formed state Legislature of Massachusetts took over the land, it tried to force Tony and Cuba to leave. Tony argued that he and his family should receive a pension to compensate them for all the work they had been forced to do on the estate. Tony’s petition, like Belinda’s, contributed to the struggle to force governments and individuals to recognize and compensate the forced labor Black people have contributed to this country.

The lineage of these African Americans in Cambridge and their contributions to African American history may begin in the 18th and 19th centuries, but they continue to shape the city and the wider metropolitan area. Descendants of Tony and Cuba went on to found schools to educate Black children, organize emigration efforts to Liberia and raise their families for generations in Cambridge. My hope is that the projects that History Cambridge has developed out of this research will bring these stories alive for you, as they have for me. For people interested in imagining what the everyday lives of Black Cantabrigians were like, we have developed a self-guided tour that uncovers the experiences of African Americans in the landscape of 18th century Cambridge. And for those interested in reading more about these topics or doing their own research, we’ve launched a resource hub to consolidate this information and make it accessible. Finally, it’s important that as a community, we discuss how these histories affect us today. As part of that effort, we hosted History Café programs: On May 21, Harvard professor Tiya Miles and her students joined us to discuss Harriet Jacobs and the world of abolitionist Cambridge women; on June 9, Simmons University professor Janie Ward explored the legacy of African Americans on Parker Street. While my time as an intern is over, I look forward to continuing to engage in this history with everyone in Cambridge for years to come.

Eshe Sherley was an intern at History Cambridge.