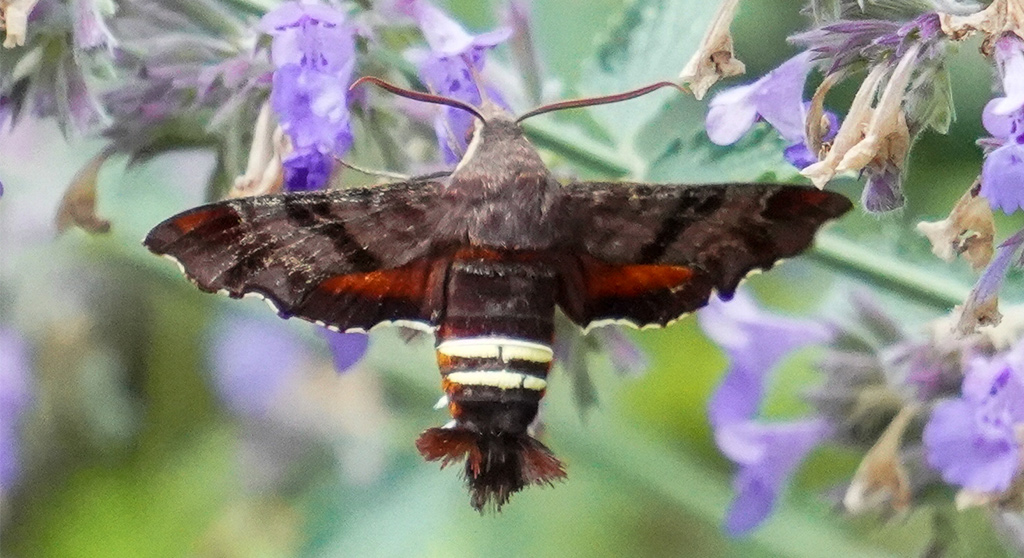 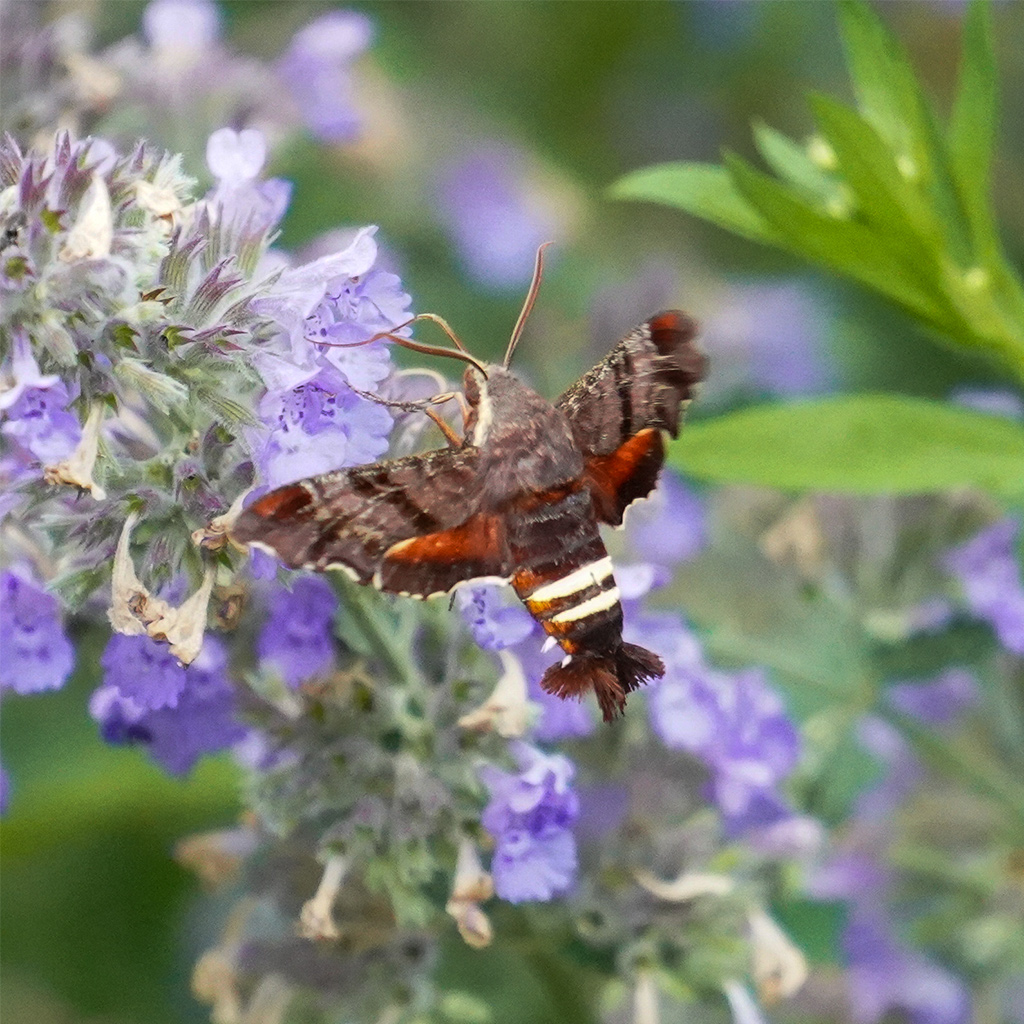 While walking along the Minuteman Bike Path recently, I saw out of the corner of my eye what I thought was a large wasp darting among bushes. Looking more closely, I saw it was a hummingbird – and as I watched still longer and got a better view, I realized I was not observing a hummingbird at all, but rather a Nessus Sphinx moth, a large daytime moth that looks and acts like a hummingbird. The moth has propellerlike wings and proportions similar to those of a hummingbird. It also has a short, birdlike tail.

This moth, most often observed in early summer, has two distinct bands across its chocolate-and-cinnamon-colored abdomen. They are found as far north as Maine and southern Canada and as far south as Florida, and in more southern regions, there are two broods of caterpillars per season; in our region, moths lay eggs only once per season, from April to July. Sphinx moths are not endangered, but they become less common the farther north you go.

Adults sip nectar from lilacs, geraniums, phlox and other flowers. The caterpillars prefer cayenne peppers and plants in the grape family.

Sphinx moth caterpillars are called hornworms because they have a pointy “horn” on their rear end. When alarmed, they raise up their head. This posture reminded early observers of a sphinx statue like the Great Sphinx of Giza in Egypt today. Although tomato hornworms are garden pests, most hornworms, such as the Nessus Sphinx hornworms, do not cause much damage to plants. 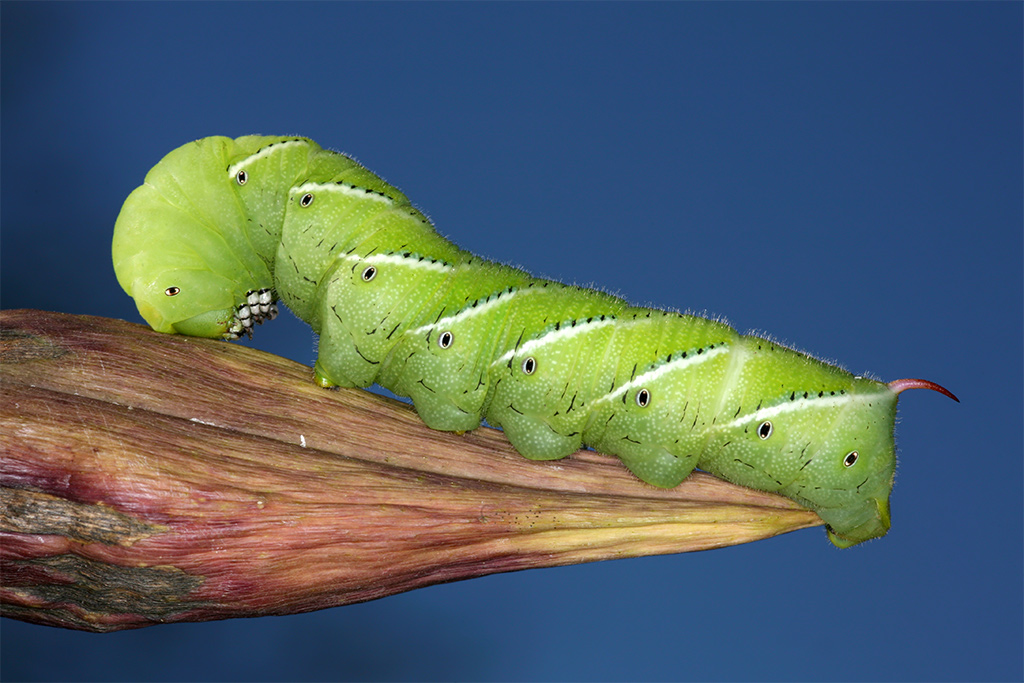 In 1862, when Charles Darwin was studying orchids, he received specimens of a type of orchid found in Madagascar with an extremely long, tubelike nectar-containing flower. Darwin speculated that the orchid was pollinated by a sphinx moth with a mouthpart as long as the flower. It took until 1903 to prove Darwin right, but eventually a sphinx moth with a footlong proboscis was observed pollinating this orchid.

Yes, that’s right: Sphinx moths have an extremely long proboscis, a tubelike extension that sucks up nectar or other liquids like a straw – in fact, adults do not eat – and can extend as much as 3½ times their body length. Some moths can reach nectar that even hummingbirds cannot. Moths curl their proboscis into a tight ball until needed; then they extend it quickly and accurately to drink.

Adult sphinx moths usually emerge in spring and deposit eggs on the undersides of leaves on their host plants. The larvae – caterpillars – munch on the host plants’ green matter, but damage to the plants is not usually extensive (except for damage caused by tomato and tobacco hornworms). The caterpillars develop for two to five weeks, then move underground to pupate. There they form a hard, brown cylinder, from which adults emerge after two weeks.