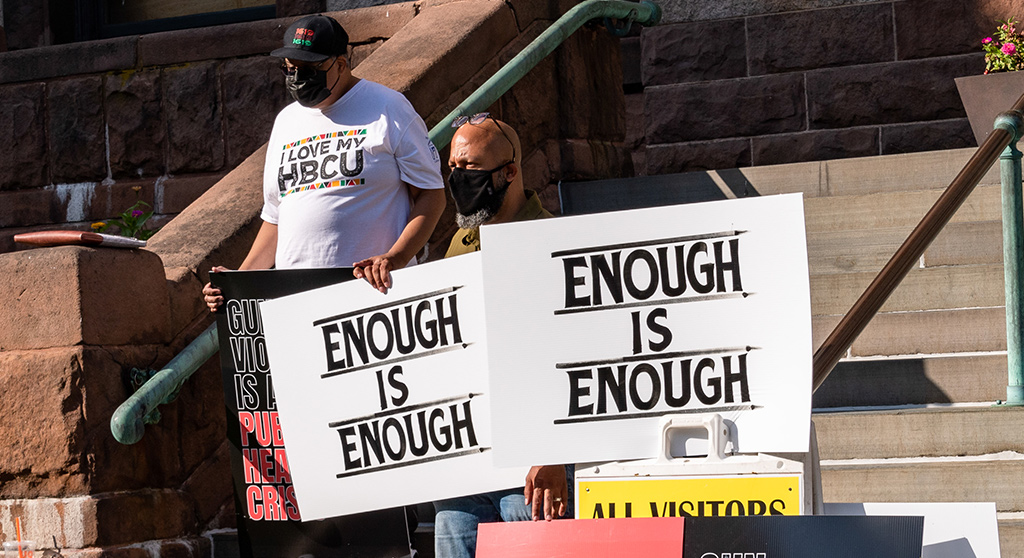 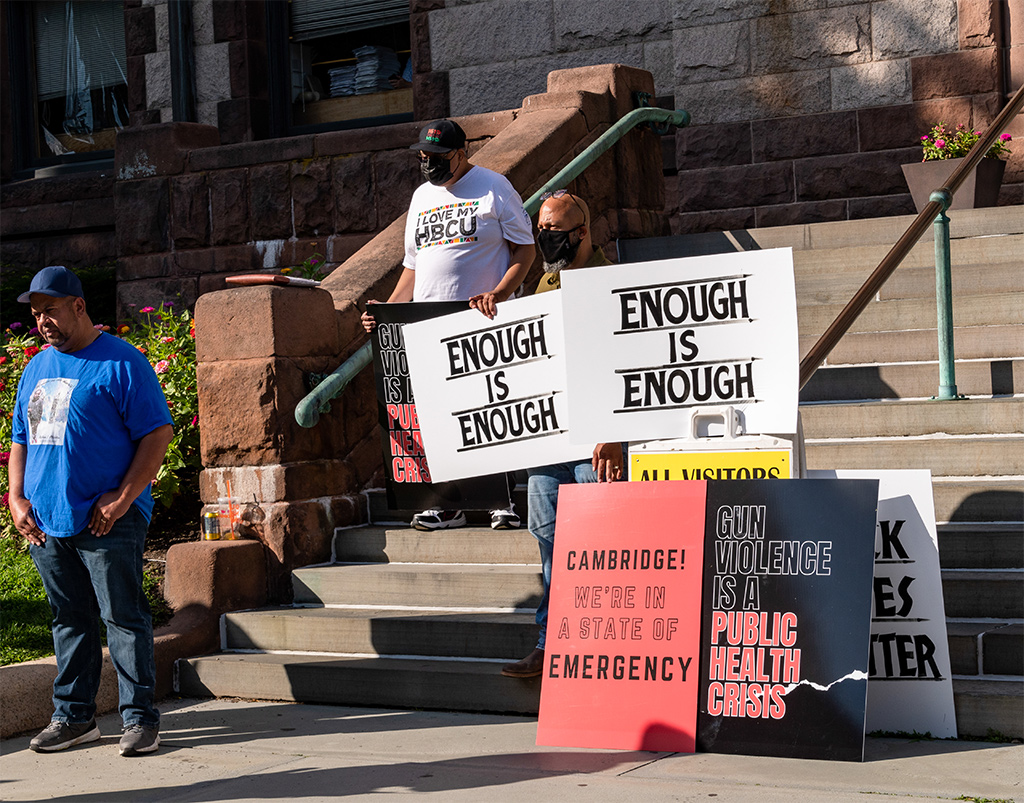 Signs are displayed during a Monday rally at City Hall. (Photo: Tyler Motes)

Human Services and Civic Unity committees, 5 to 7 p.m. Tuesday. These committees run by city councillors Marc McGovern and E. Denise Simmons, respectively, meet to discuss measures the city should take to address an increase in gun violence. There have been 11 gunshot incidents this year confirmed by police, nine of which were in The Port neighborhood. Televised and watchable by Zoom video conferencing.