Film fest screens ‘Caste in the Classroom’ doc, which traces the roots of racism in education 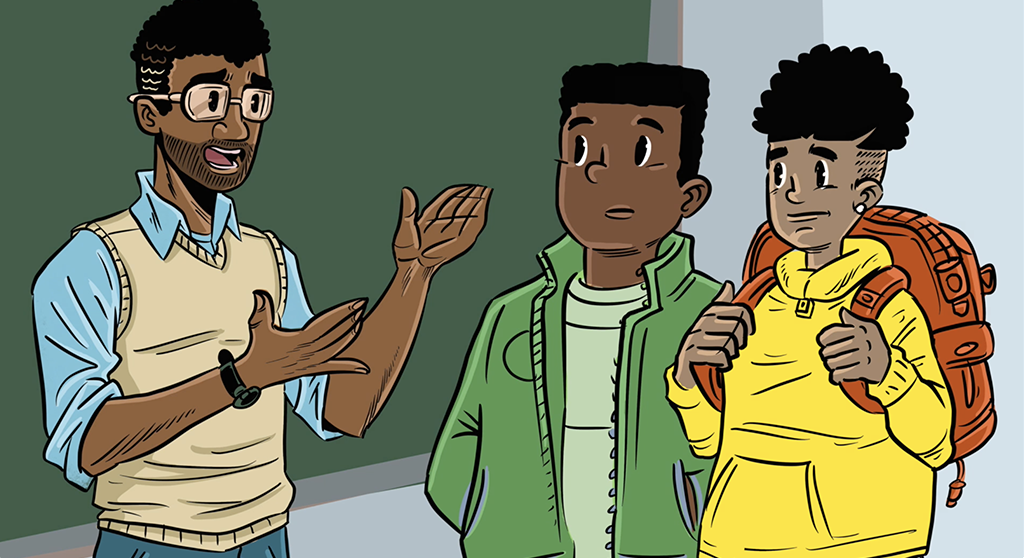 Film fest screens ‘Caste in the Classroom’ doc, which traces the roots of racism in education

A still from “Caste in the Classroom,” directed by Janet Moses.

A stinging short documentary by Cambridge’s Janet Moses about racist educational practices has been named an official selection at the 12th Annual BronzeLens Film Festival in Atlanta.

The 40-minute film, “Caste in the Classroom: Education for Second-Class Citizens,” is dedicated to Bob Moses, the civil rights and education champion who died July 25, and Janet Moses’ husband. It hinges on what Bob Moses identified as “sharecropper education” – an American educational apartheid that bases the quality of a child’s education on the roles they are assigned at birth, according to the festival’s description of the film.

“Caste in the Classroom,” directed by Janet Moses, mixes the animation of Diego Chaves with archival material, taking viewers from a conversation between a Bob Moses-like educator and his students (voiced by Trinidad Ramkissoon, Davidson Guerrier and Dean Ngo) to a sweeping survey of a bent history.

Credit was stolen for “knowledge Africans brought to this continent and imparted to the wider population,” the festival description says, leading to “the building of the U.S. economy on the backs and wombs of enslaved Africans, white fear of rebellion and white suppression of Black literacy.” Its focus on education makes it a valuable counterpart to Ava DuVernay’s “13th,” a 2016 documentary showing how the imprisonment of black people replaced slavery after the Civil War.

There are also solutions proposed in the film for improving education in local school districts and nationwide.

The project’s goal was to develop a resource for use by school leaders, students and others across the country to change the narrative “about why it’s predictable which students are going to have the worst school results,” said science writer Leslie Brunetta, a screenwriter on the project with Janet Moses and members of the Young People’s Project Math Literacy Workers.

The film becomes available for virtual screenings at 10 a.m. Wednesday. Tickets are $10 and available here.