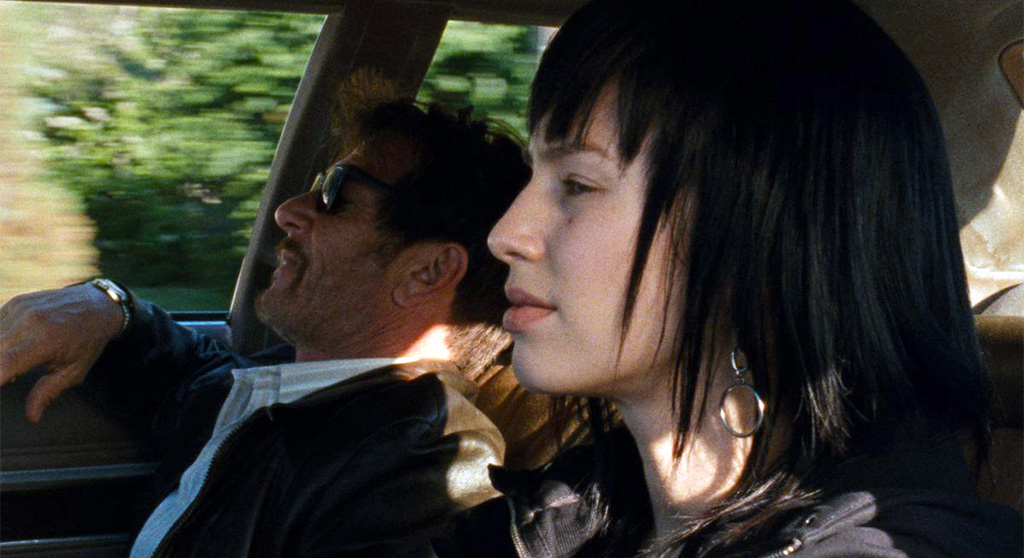 About every five years, Academy Award-winning actor Sean Penn takes the director’s chair for a tight focus on those struggling mightily in small arenas. Many of these lo-fi, big-themed efforts come with some heavy-duty thespian firepower. For his directorial debut, “The Indian Runner” (1991), Penn was blessed with a cast that included Viggo Mortensen, David Morse, Charles Bronson, Sandy Dennis and Benicio Del Toro, as well as Dennis Hopper; afterward he teamed up with Jack Nicholson for “The Crossing Guard” (1995) and “The Pledge” (2001). Here the film’s more of a family affair in which Penn’s real-life children, Dylan and Hopper, play his onscreen progeny. The cast has some A-list names too with Regina King, Josh Brolin and Eddie Marsan in the mix, but in parts so small that if you close your eyes for a few seconds you might miss them.

Adapted from Jennifer Vogel’s 2005 memoir “Flim-Flam Man: The True Story of My Father’s Counterfeit Life” (script by Jez Butterworth, a co-writer on “Black Mass” and “Ford v Ferrari”), “Flag Day” depicts the tumult of a father-daughter relationship across decades. Penn plays the titular con man, with his daughter portraying the young Jennifer Vogel. The film’s an earnest but rambling mess that draws you in with its shaggy-dog charms and wisps of mystery but pushes you out with jerky POV shifts and scenes of characters just screaming and shouting at each other without saying anything or furthering the narrative – my guess would be improv gone wrong. Told mostly through Jennifer’s gaze, the film occasionally (and jarringly) jumps to Penn’s John off on his own doing some pseudo-sociopathic activity. He has an abode with windows papered up as if he were a vampire, an empty briefcase he takes to his nonexistent job each day and is always looking over his shoulder. Over the years Jennifer often finds John in a “business meetings” with Hell’s Angels-like ruffians from which he often comes out bloodied. John’s a talker, always spinning and not quite dad-of-the-year material, but by comparison with his ex-wife Patty (Katheryn Winnick, “Vikings” and “Big Sky”), a lethargic alcoholic who could not get out of bed in the early years, he seems like a better choice at least to Jennifer. She seeks him out after mom’s creepy new beau tries to crawl into bed with her and mom, in the aftermath, sides with her man.

Just what John is up to is never made clear. It should be a major distraction, but when the late-teens Jennifer comes back to roost with him, the film becomes more about the two of them trying to get a leg up on life together and less about the dubious schemes John sets up while Jennifer is at work (as an intern and then journalist at Minnesota’s City Pages, where I also wrote). The film becomes a bittersweet waltz of hope, heartbreak and delusion, and a deeply intimate one. Penn, embracing the ’70s and ’80s setting, shoots for that lived-in indie look and at times evokes the gritty realism of John Cassavetes; at other, more lyrical turns he projects the dreamy idealism of Terrence Malick. It’s an arty endeavor, but not one that endears.

As far as Penn’s directorial efforts go, “Flag Day” is a step up from his 2016 misfire “The Last Face,” starring then-girlfriend Charlize Theron, his son Hopper and Javier Bardem, but still a lesser effort and a long way away from his 2007 high, “Into the Wild.”