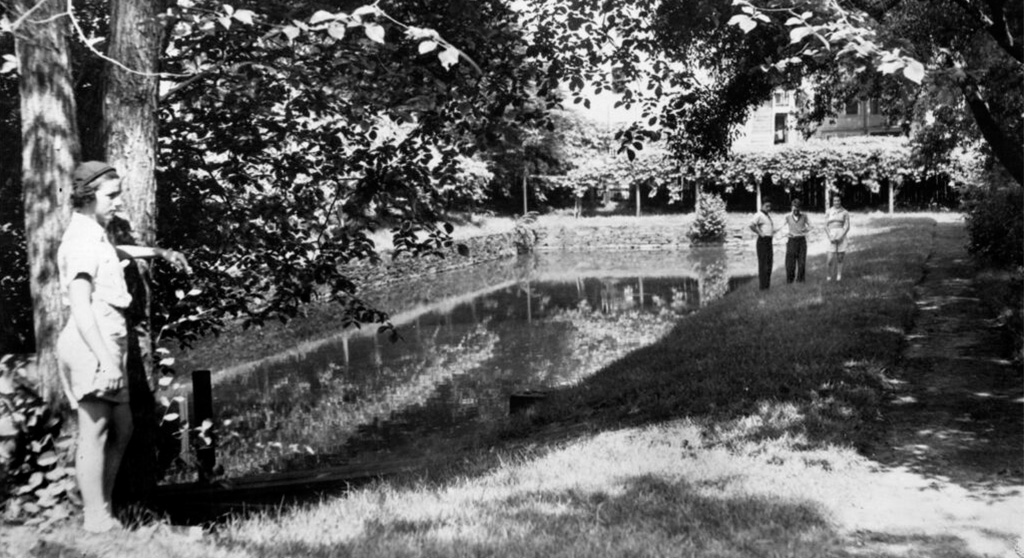 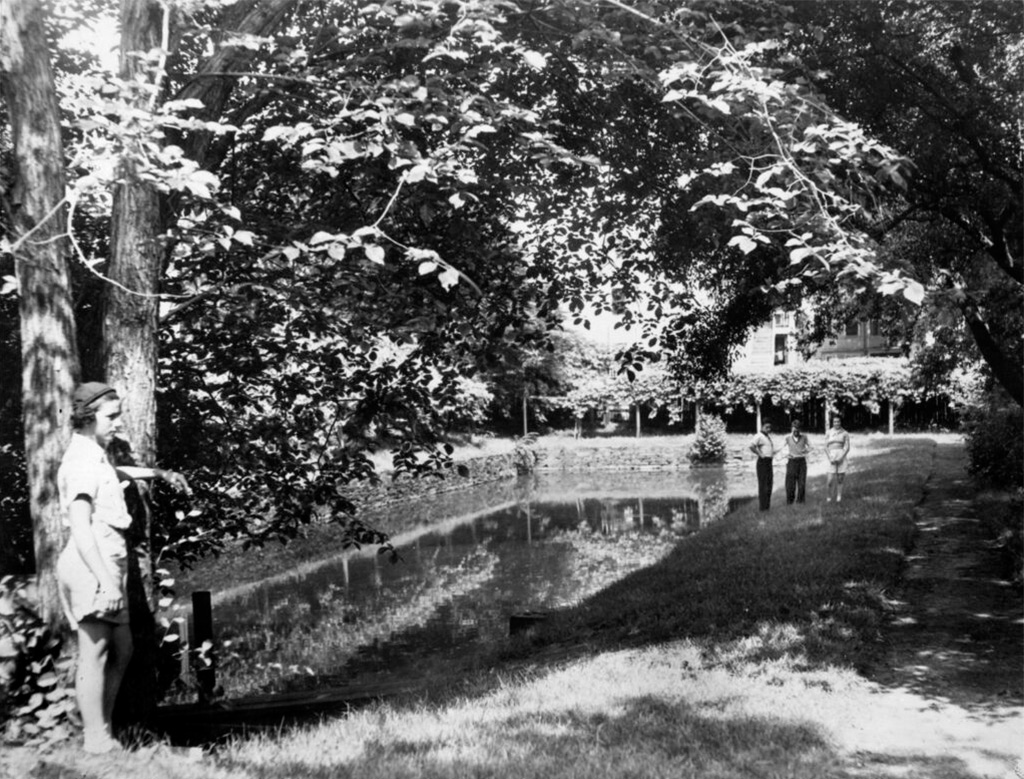 What’s now Sacramento Field was once a a pool-like reservoir for the Middlesex Bleachery.(Photo: Cambridge Historical Commission)

It looks something like a swimming pool in an undated photograph from the Historical Commission: The location is just off Sacramento Street, and the girl, resting her arm against a tree, looks as if she is contemplating a swim, while the three adults lend a note of artistic composition to the scene.

A current image, however, will show Sacramento Field, a neighborhood playground at 9 Sacramento St. in the Baldwin neighborhood with no hint of a pool – let alone of the reservoir for the Middlesex Bleachery that occupied the site some 70 years ago. The pool “presents a beautiful appearance,” the Cambridge Chronicle wrote in 1922, “bordered on three sides by arched arbors which in summer are weighted down by grapes.”

The reservoir was fed by natural springs and artesian wells. At one end, near Massachusetts Avenue, the idyllic scene was upstaged by a long narrow building with a tall, steel smokestack. Inside were pumps that every day forced some 100,000 gallons of water through a long concrete pipe that led under Beacon Street to the bleaching and dying vats in Somerville. As the story goes, the owner of the bleaching plant had heard about the spring, bought the property and created the reservoir. But he also “saw the possibilities of the place for recreation,” hiring gardeners to plant flowers and even stocking the pool with fish for anglers.

The site came back to life in the 1980s. Harvard had bought it in the mid-1950s, land banking property on which they planned to build 40 units of housing. But the neighborhood was strongly opposed, and the city moved to buy the site with city manager James Sullivan opining: “We want to give Harvard the first opportunity to be known as a philanthropic institution.” Harvard wasn’t interested in the city’s $480,000 offer, holding out for another quarter-million dollars – prompting the city to take the site by eminent domain. Harvard sold most of the property it had acquired, retaining two neighboring parcels for undergraduate housing.

Before the matter was settled, city councilor Al Vellucci played his always entertaining role: “If Harvard gets flippy with us, we can get a little flippy in return. The taxpayers of Cambridge pay for all the electricity that lights all the streets around Harvard. We should send the electrical department around to these streets and start turning off those lights.”