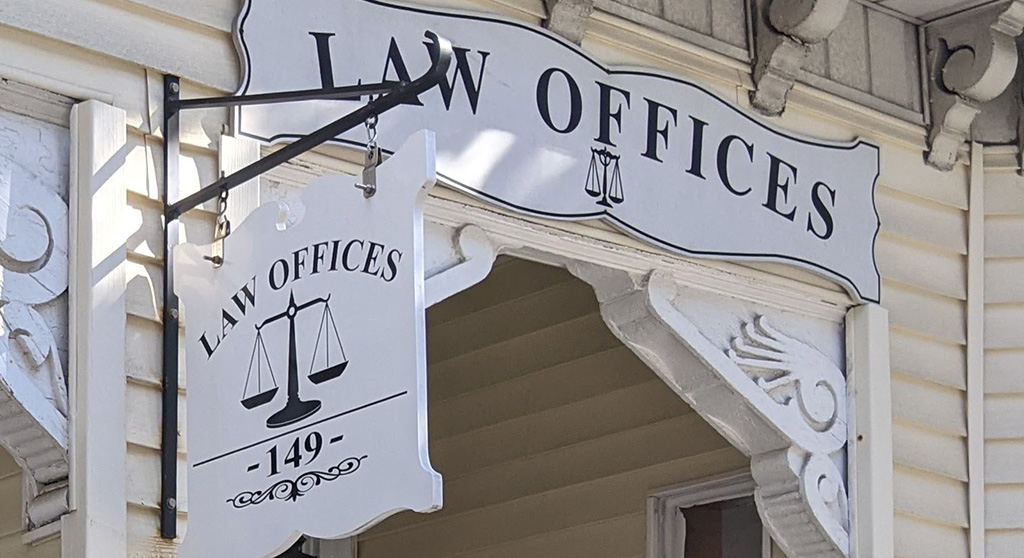 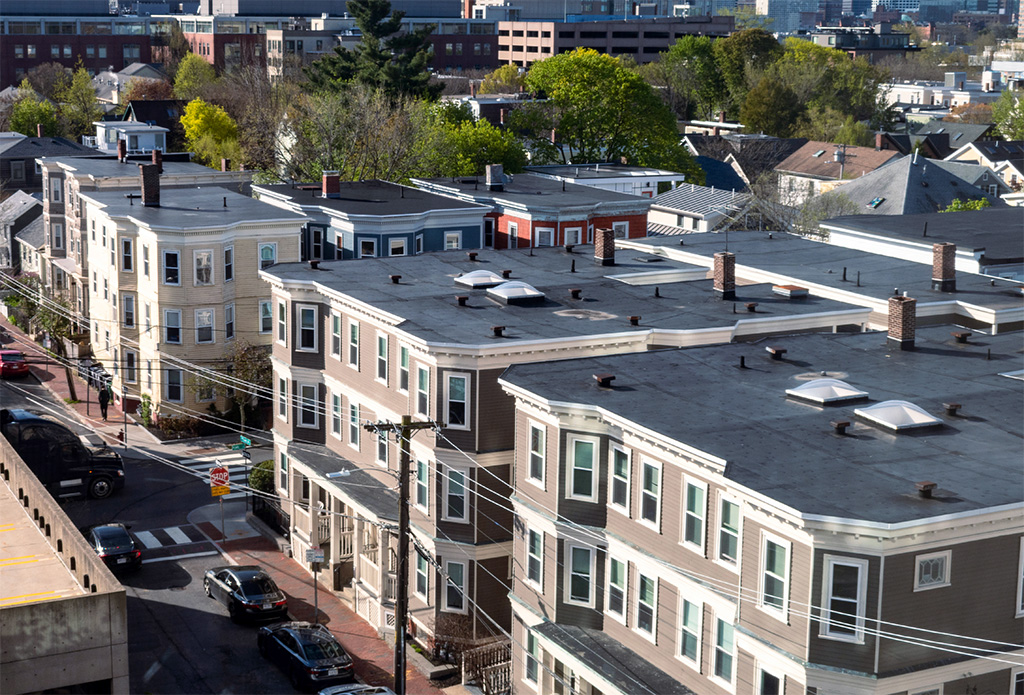 Cambridge tenants still have state and local protections aimed at helping them stay in their homes during the pandemic. (Photo: Tyler Motes)

With evictions expected to swell after the expiration of a federal moratorium and the end of extra unemployment payments, Cambridge tenants still have state and local protections aimed at helping them stay in their homes during the pandemic: information about state rent aid programs and legal aid, for example. Yet in one recent case a family was evicted from their East Cambridge apartment with no evidence in court records that they got the required help. The mother of the family had stopped working while being treated for breast cancer.

It’s not a straightforward story. The landlord, a lawyer, insists he gave his tenants the required paperwork despite the missing evidence that he provided it. The mother who lived there with two adult children says she never got it and seemed surprised to learn it was required. Yet both agreed that by the time a Cambridge District Court judge issued the eviction judgement Aug. 5 the family had left, owing $10,000 for four months of unpaid rent. 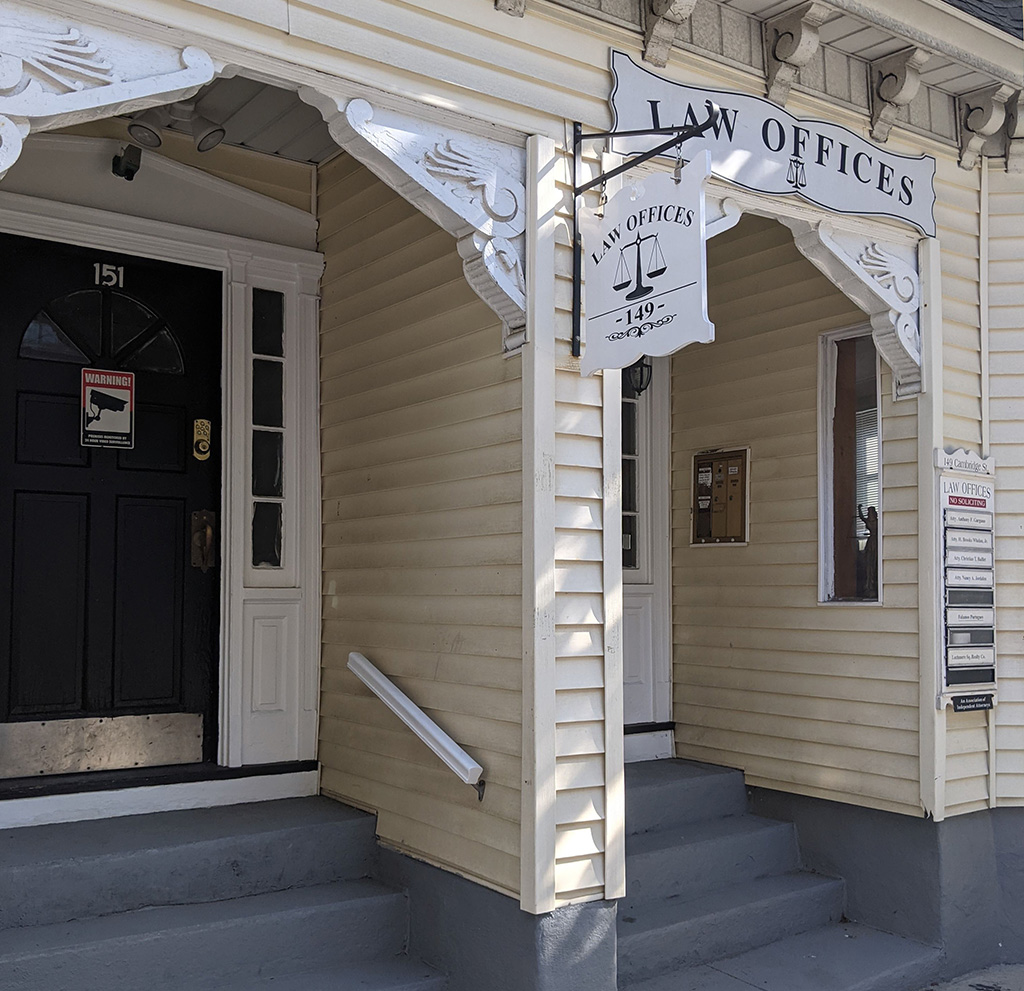 The landlord, Anthony Gargano, said he doesn’t expect to see any of that money despite a judgement for $7,500 plus court costs and interest. “I’m not going to go looking for these people,” Gargano said. The mother, Linda Mitchell, said the family is now living with her mother in Cambridge. After radiation and surgery for her breast cancer, “they got it all out” and she is no longer ill, she said. She hasn’t returned to working as a fortune teller and psychic, Mitchell said. Asked whether her adult son, Andrew Mitchell, who signed the lease, was working, Linda Mitchell said: “He’s not okay,” but provided no more details.

Amid the contradictory claims about paperwork, one thing is clear: The family, like more than 90 percent of tenants who face an eviction filing, didn’t have a lawyer. Without legal aid, it’s questionable how much the family could have benefited from getting the required information.

A state law approved last year to help tenants during the pandemic requires landlords seeking to evict tenants to give them a packet of information that includes a description of state rental aid programs, court rules on the eviction process and any federal or state restrictions on evictions. The landlord must file an affidavit with the court affirming that tenants were given the packet. Until the Centers for Disease Control and Prevention eviction moratorium ended Aug. 26, the landlord also had to disclose whether the tenant had given the landlord the required form to get protection under the moratorium. Neither filing was in the court records of the Mitchell case.

Cambridge requires landlords who bring an eviction case to give their tenants a “notice of basic housing rights and resources, including a list of organizations available to assist tenants” and their contact information. The ordinance for enforcement by the Inspectional Services Department, approved last October, also applies to foreclosures. Violators could be fined up to $300.

No notice to city

Gargano said he complied with all city requirements as well as the state law, and added that he gave Linda Mitchell’s son, Andrew, who signed the lease for the apartment, a list of attorneys willing to take cases without charge. There is no requirement for a landlord to file anything in court about the city ordinance.

“When the city receives evidence that a landlord has violated this ordinance, the city enforces the ordinance, which can include issuing penalties,” city spokesman Lee Gianetti said in an email. Gianetti also summarized the city’s other extensive programs for tenants, including helping them get assistance from state programs and the Housing Stabilization Fund. The fund gives short-term help to tenants.

The city has also sponsored a campaign “to inform and educate tenants about their rights” in webinars, an “interactive service guide” and in social media, Gianetti said. The campaign is called “Housed IN Cambridge.”

Gianetti added that city staff work with tenant lawyers “who monitor [eviction cases] filed in court,” and that they contact all tenants with a case filed against them. Linda Mitchell didn’t mention hearing from the city, which probably isn’t surprising since Gargano won the eviction judgment two weeks after filing the case in Cambridge District Court on July 23 – the speed of light for an eviction case.

“I didn’t want to go to court”

Gargano had begun the process outside of court, by sending the family a notice to leave June 1, when rent was behind by two months. Then he negotiated an agreement with Andrew Mitchell on June 3 that if the family didn’t pay three months of rent by June 29, they would leave. Other language said that if they didn’t pay and didn’t leave, Andrew Mitchell agreed that Gargano could obtain an “immediate execution” of any eviction judgement – in other words, ordering them off the property – and Mitchell would not appeal. Gargano could also change the locks and dispose of the family’s personal property, the agreement said.

Gargano said he offered the Mitchells the agreement because “I didn’t want to go to court.” He continued: “I liked them. [Andrew Mitchell] even hugged me. [Linda Mitchell] said ‘You’re like a dad to him.’” When Andrew Mitchell told him that his mother had breast cancer, “my heart went out to him,” Gargano said. But when Andrew Mitchell repeatedly asked for more time, allegedly saying he would pay the back rent after payment came through for a roofing job, Gargano’s patience wore thin. “This guy took advantage of me,” he said.

According to Linda Mitchell, before her son signed the agreement, Gargano warned that “if he went to court we could be kicked out in 24 hours.”

When the family didn’t leave by the end of June, Gargano took action to achieve that goal. The same day he filed what is called a “summary process” action seeking to evict the Mitchells, Gargano filed an “ex parte” motion for a speedy trial – meaning the Mitchells wouldn’t get any notice of the filing. Gargano submitted the agreement that Andrew Mitchell had signed as backing for the motion, saying Mitchell had agreed to an “immediate judgment and execution” and had given up his right to appeal.

The end of the process

Six days later, on July 29, District Court Judge Allen Swan approved a trial to be held virtually Aug. 5. The court requires mediation before trial, though, so a mediation session was scheduled for the date. Notice was sent to Andrew Mitchell on July 29. By the time it arrived, the family had moved out.

Gargano acknowledged that Andrew Mitchell had told him that the family would leave and that he would not attend any court hearings. Despite that, “I said [to Mitchell] I will file [the eviction] to protect me,” Gargano said.

On Aug. 5, the court held a mediation session. The trial immediately followed. Not surprisingly, Judge Robert Harnais issued an eviction judgment. “Defendant not present and default entered at trial and/or for not answering complaint,” the court docket says.