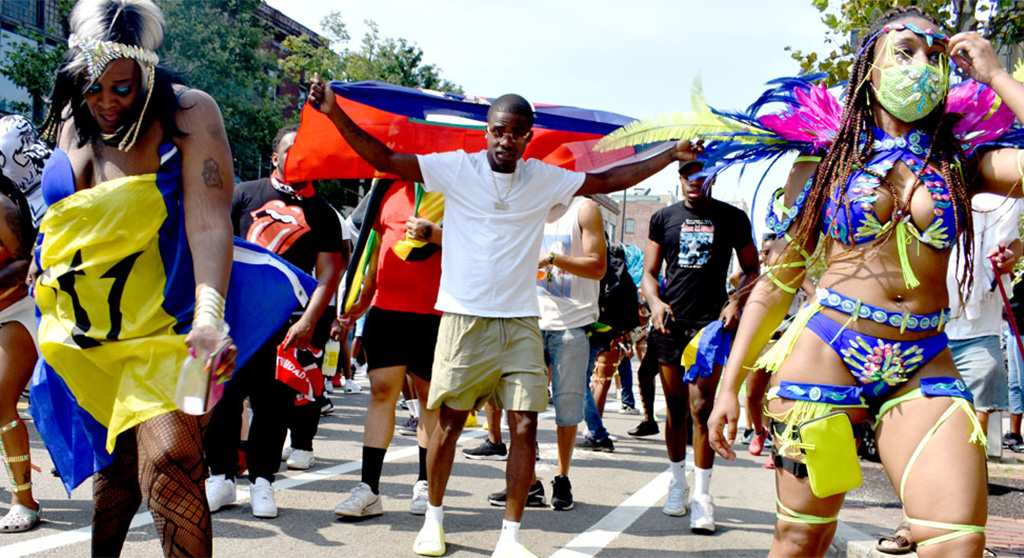 The Cambridge Carnival parades out of Cambridgeport on Sunday. (Photo: Greg Cook/Wonderland)

A version of this story originally appeared on Wonderland.

Cambridge Carnival, the annual celebration of Caribbean culture, returned Sunday with a smaller, in-person version of the festival after live events were canceled the previous two years. Participants paraded from Cambridgeport and through Central Square in the usual spectacular fashion. It ended in University Park for a celebration, a change from years past when the march arrived in Kendall Square.

“After two years of uncertainty, this year’s theme for Cambridge Carnival will be Emancipation. The event will celebrate emancipation from vaccination, from communities isolated in their homes and the form of Black Lives Matter,” organizers wrote.