‘No Time to Die’: Daniel Craig’s final film as Bond is big but not great, mopey but not meaningful 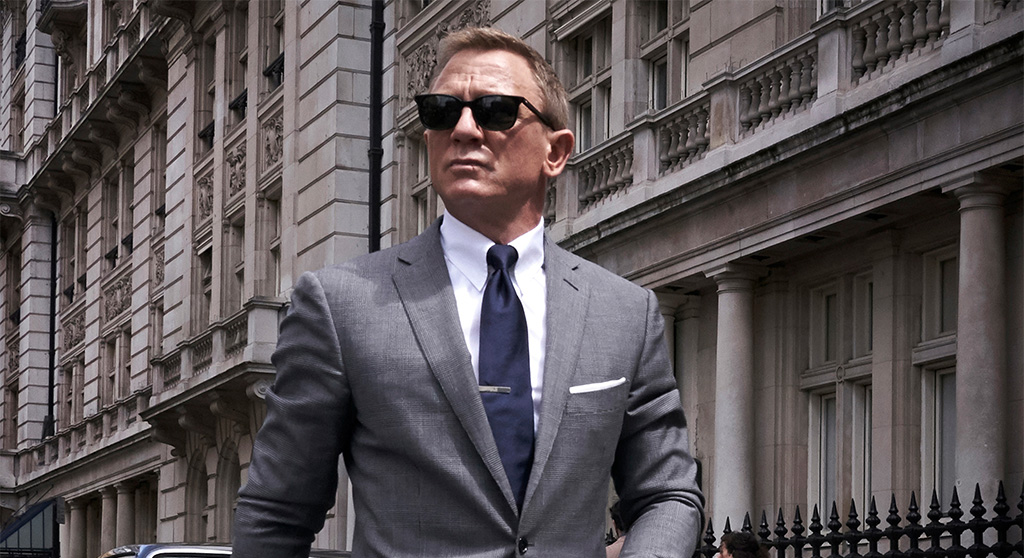 ‘No Time to Die’: Daniel Craig’s final film as Bond is big but not great, mopey but not meaningful

There’s so much you want to love in “No Time to Die,” the fifth and final Bond for Daniel Craig, but at 2 hours, 43 minutes, it’s a slog. Scenes go on too long, and the Craig films have over time gotten more and more into the melodrama of being Bond and his emotional attachments and far-reaching backstories. It’s counterintuitive to the Bonds that defined the franchise (see Connery and Moore) through caricatured machismo and kitschy, cruel tropes – square-jawed derring-do, lethal techie gadgets hidden in a shoe and a litany of cheesy one-liners that sound brilliant when served up straight as a martini garnish.

In the latest and 25th Bond, that’s all long gone. Everything is about an agent’s inner turmoil, with some deft action sequences stirred in. Craig, who’s physicality helped define the Bond of the 21st century, also notched an emotional awareness that has largely been absent since the one-and-done George Lazenby’s 00 took up the mantle of monogamy and got hitched in “On Her Majesty’s Secret Service” (1969). Here, Bond is retired and living off the grid on a West Indian island until the arrival of old CIA pal Felix Leiter (Jeffrey Wright) and a yuppie attache (Billy Magnussen), who’s got a bit of a Jared Kushner thing going on. Leiter wants James to help locate a package in Cuba kidnapped by Spectre with the intent of mass-producing nanobot assassins – basically a DNA-targeted virus that gets passed from person to person until it finds its mark. The bigger fear is that someone could leverage the technology to wipe out whole ethnicities or geographic areas.

Yes, as with any Bond, the world hangs in the balance. Some of the installments are joys, some are wobbly curios or campy time capsules and others are just misfires, but it’s really about the world-hopping journey and execution of spectacle. “No Time to Die” is a humorless Bond in which the past gurgles up continually. In the opener, Bond is about to go off-grid with “Spectre” (2015) love interest Madeleine Swann (Léa Seydoux), but that’s all changed in an intercept by a piranha pool of baddies while on a holiday – and quest to exorcise some of those past ghosts – in the high mountains of Italy. The sequence of turns makes Bond question his trust in Swann. Trust becomes something of a theme that runs throughout the film; later Bond finds out that the newish M (Ralph Fiennes) may be in on the nanobot mess too. Old friend Blofeld (Christoph Waltz) pushes his way into the party as well, seeming more like Hannibal Lecter in his restraints than Donald Pleasance (the most memorable of all Blofelds, the arch villain who’s made an appearance in a total of nine Bond films). But the madman du jour is a gent with the devilish name of Lyutsifer Safin (Rami Malek) and a disfigured face. It seems these days the only way to cast a viable Bond villain is to gun for an Academy Award winner (Malek and Waltz have won, as has Javier Bardem from “Skyfall”) and shoehorn them into an effete persona with a twisted soul. The best Craig baddie to date came in the form of a man’s man, a guy who did his dirty work with his own two hands. That film was not only the best Craig entry but one of the best Bonds ever. The 00 chapter I speak so highly of, “Casino Royale” (2006), was also Craig’s first, and the demented demon of demise behind the maniacal doings was played by Danish actor Mads Mikkelsen, a capable performer who has even played Hannibal Lecter (TV’s “Hannibal”) with enough nuance and panache to earn Anthony Hopkins’ thumbs-up.

But back to the mission at hand: There’s also a new 007 in the mix, and he’s a she and a non-Caucasian to boot (Lashana Lynch) – something extra after the suggestion of Idris Elba in the role triggered such shockwaves? Given a new face under a familiar number, folks will be asking if this is where the franchise is heading. If “No Time to Die” were an audition tape, the jury would be mixed. Lynch is fine, but her agent really doesn’t do much except shadow Bond, and we’re never clear just how good her skills are. She’s an adept pilot and Vespa rider, but that probably isn’t enough to save the world just yet.

How “No Time to Die” plays out will likely matter most to aficionados looking to make connections across the Bond-verse. Those who relished Sean Connery’s brutish charm and chauvinistic irreverence will likely come away disappointed, though the film does have its sizzle and verve, and the action sequences – especially that opener in Italy – are crisp and well choreographed, with exceptional aerial photography and camera work in tight confines as the mayhem goes down. Like much in the film, though, they tend to go on too long and never really have the crescendoing showdowns of earlier Bond sagas. Overall, the long-awaited Bond chapter, delayed by Covid and directed by Cary Joji Fukunaga (“Beasts of No Nation” and HBO’s “True Detective”) with a script contribution from Phoebe Waller-Bridge (“Fleabag”) feels like it’s trying constantly to buy purchase between long goodbyes. (Don’t ask, and don’t think about it until after you’ve seen the film.) There’s even a forgettable song by Billie Eilish that makes you long for Shirley Bassey. Sadly, this Bond goes out with a muffled pop.