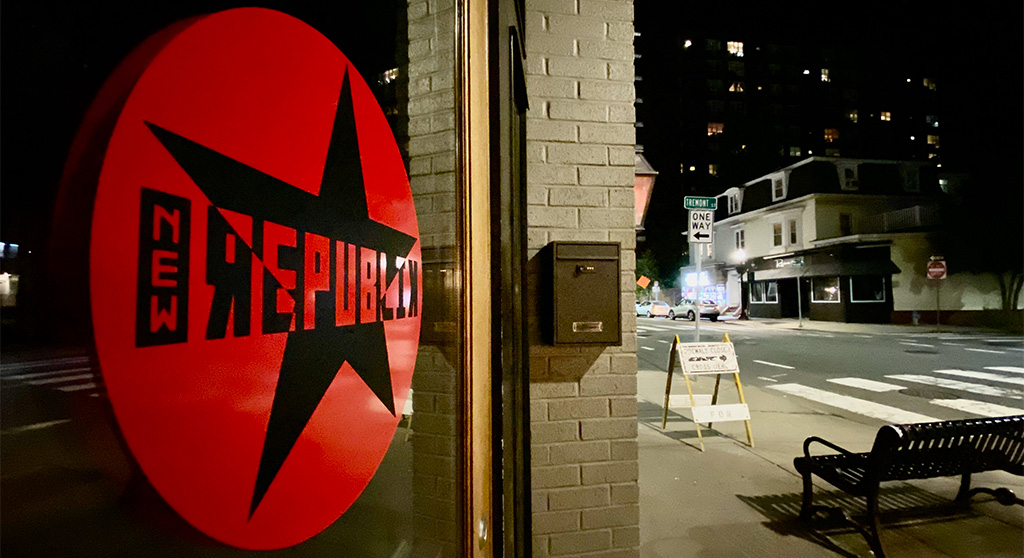 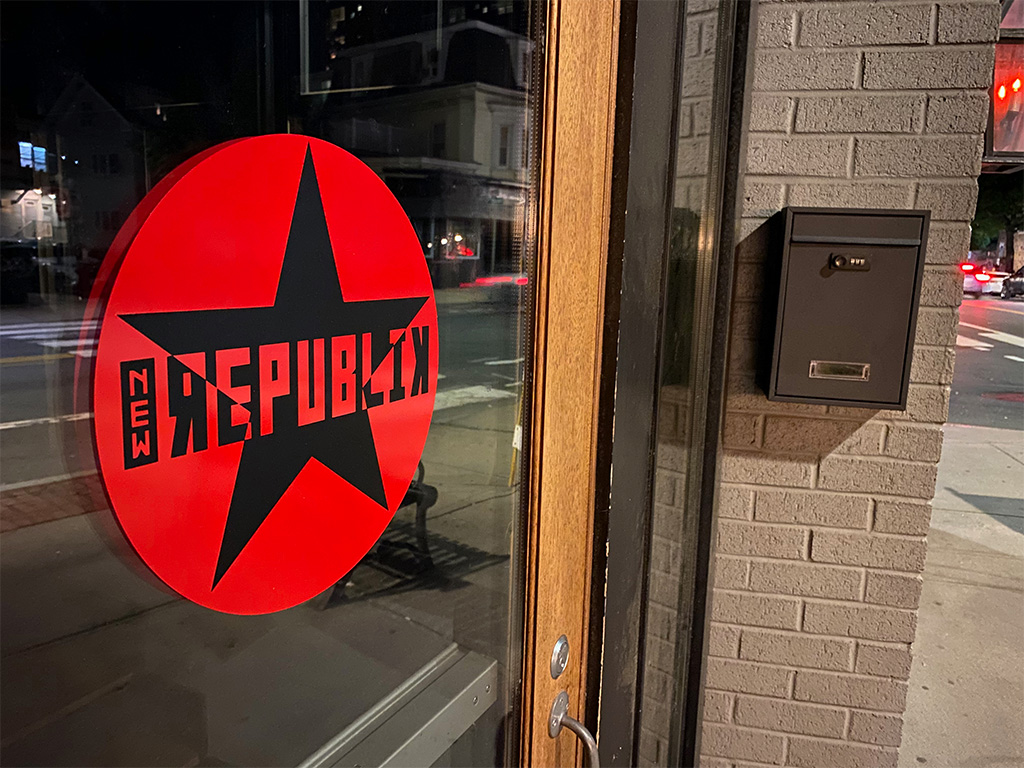 A roadblock for New Republik was cleared this week, accelerating an opening for the relocated, reimagined People’s Republik bar after months of delay.

At a Thursday informational hearing, license commissioners heard from Philip Blair of the former People’s Republik bar about his wishes to see his alcohol license transferred to New Republik in Inman Square.

Commissioners also revealed that a “pocket license” at the Inman Square location that had prevented the transfer had been surrendered on Wednesday.

People’s Republik closed permanently in February at 878 Massachusetts Ave., Mid-Cambridge, seemingly downed by the coronavirus pandemic after more than 23 years. But there were quickly rumors that manager Patrick Gallivan and staffer Maxwell Greene would reopen the bar, and in July a location had been identified: 1172 Cambridge St., where The Rising sports bar had been serving since Jan. 21, 2016 – until it too was felled by a pandemic slowdown.

But until Wednesday, the sports bar had what’s known as a pocket license on its former home in Inman Square: While it held the license tied to that address, the location couldn’t get its own license. Now Kevin Traynor, who ran The Rising as well as owns Phoenix Landing in Central Square, has cleared the way. “I believe that Patrick and Max have all the paperwork ready to file to move the license. I’m hoping by the next time you have a hearing, they’ll be in front of you for approval,” Blair told license commissioners.

But there’s more – or, as Blair put it, “It’s a complicated story.”

By removing the People’s Republik license, it allows the Indian restaurant Tanjore to relocate to 878 Massachusetts Ave., Blair said. Once at 8 Eliot St., Harvard Square, the business relocated to Halal Indian Cuisine in Boston in October 2020, said the restaurant’s Kathy Kumar.

Across the street from where New Republik plans to open, An Sibin is expecting to open at 1195 Cambridge St., formerly the Richards family restaurant and before that Tupelo. A representative said the food menu would be simple, likely soups and sandwiches, but An Sibin would “hope to provide a lot of new fun craft cocktails [and serve] new interesting local breweries and beers. We would like to have a deep brown liquor selection of whiskey and bourbon.” Despite the name, An Sibin would be “a little bit more Americana, and have less of the Irishness” – keeping the feel of a speakeasy with entertainment but “definitely not [be] loungey or clubby.” The three commissioners approved An Sibin’s alcohol license. The next step is a typically pro forma state approval.

This post was updated Oct. 3, 2021, with updated information about the restaurant Tanjore.