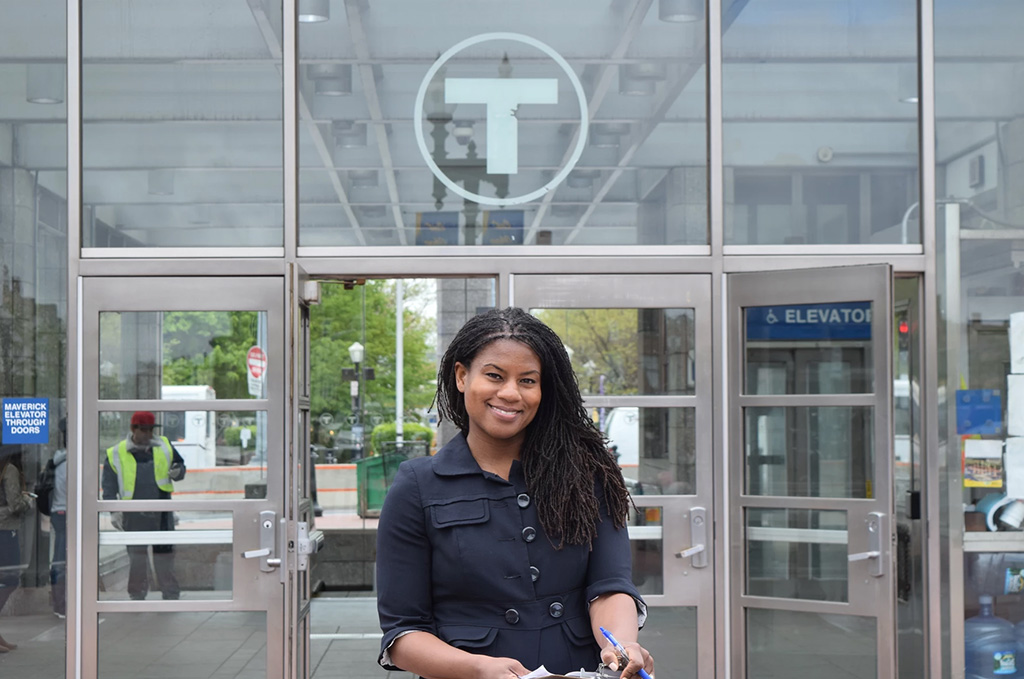 Over the years, I’ve been a Boston city councilor, a legal services attorney and a workers’ rights advocate. When you peel back the career and accomplishments, there is more to me than work. I am an Air Force brat, a daughter and a twin sister, and those roles are what drive me – not the campaigns, the hearings or the legislation.

My twin sister Erika and I were born to military parents on a base in Florida. They divorced when we were infants, and we became children of the globe over the years, following my mother around the world to wherever she was stationed next.

While our locations changed frequently, we found stability and a strong foundation in the military community around us. I remember vividly the families that welcomed us into their homes when my mom couldn’t be in two places at once and the bonds that strengthened during times of conflict such as Operation Desert Storm.

When we landed at our last stop – K.I. Sawyer Air Force Base in the Upper Peninsula of Michigan – Erika and I, British accents and all, were thrilled to be back in the States. After 23 years in the Air Force, my mom retired from the military and we moved off base.

Thirty years later, I can still recall my mother trying to hide the stress in her eyes as we neared the end of each month. I can hear my fourth-grade teacher calling out the lunch-line lists as she lined us up each afternoon, hoping she’d call our names early. She’d first call the “A” tickets (full price), then the “B” tickets (reduced) and finally the “C” tickets (free). It was a win for my family when Erika and I could stand in the “A” line.

When we were old enough, Erika and I got part-time jobs to help pay the bills. We were honestly excited about helping our mom; she was less excited about it. She really didn’t want us to have to work, and is still critical of how much she worked back then. But I look back and see so many people that helped us – and that’s what taught me the meaning of community.

Because of her demanding work schedule, my mother often had to read about my accomplishments in the local paper. Even in those days, I was moving a mile a minute: cheerleading, basketball, record-breaking shot put performances (no big deal). We had surrogate parents who cheered us on when mom couldn’t be there, and they did so much more for our family, keeping an eye on me and Erika and bringing home-cooked meals. One of my teachers in high school, Mrs. Deshambo, even took a day off from school to drive me nine hours for a scholarship interview. Our church, St. Anthony’s, embraced us, and when Erika and I graduated, we got local scholarships from the congregation.

As African-American twins in a very small, white neighborhood, people noticed us. In that scenario, one might feel as though you’re always being watched – but the truth of the matter was that people were actually watching out for us. When people donated to my family with notes signed, “your guardian angel,” it highlighted the similarities we shared with our neighbors. I still don’t know who those guardian angels were, but I hope I make them proud.

As a young legal services attorney, I met so many people who reminded me of my mom. My clients were hard-working individuals who often weren’t paid, were trafficked and couldn’t navigate the system. I loved that job because it helped me be a guardian angel for others; I know, deep down, I was protecting other people’s moms.

I answered the call to public service because of the community that always showed up for me. You may know my work as a city councilor, and that I always show up for the people who need me. In the state Senate, I can build upon the grassroots advocacy that has defined me, and together we can address real systemic change that will lift up families such as mine.

This election matters. The people of this district deserve a state senator who is experienced, will do the work and has the record of getting things done. Election Day is Dec. 14, and I humbly ask for your vote to become the state senator for Cambridge, Boston, Revere and Winthrop.

Lydia Edwards is a Boston city councilor running to fill the First Suffolk and Middlesex District seat after the September departure of Joseph A. Boncore to become chief executive of the Massachusetts Biotechnology Council.