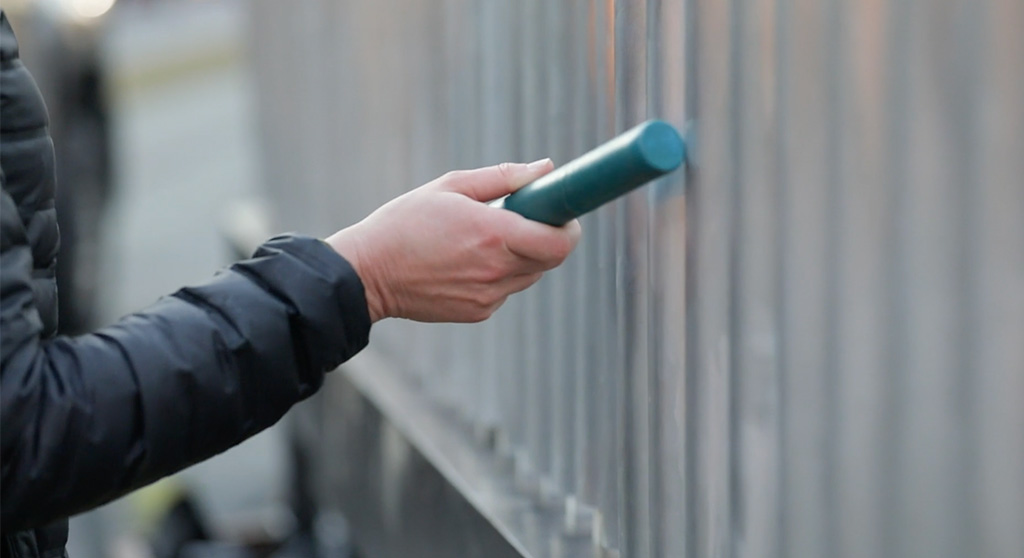 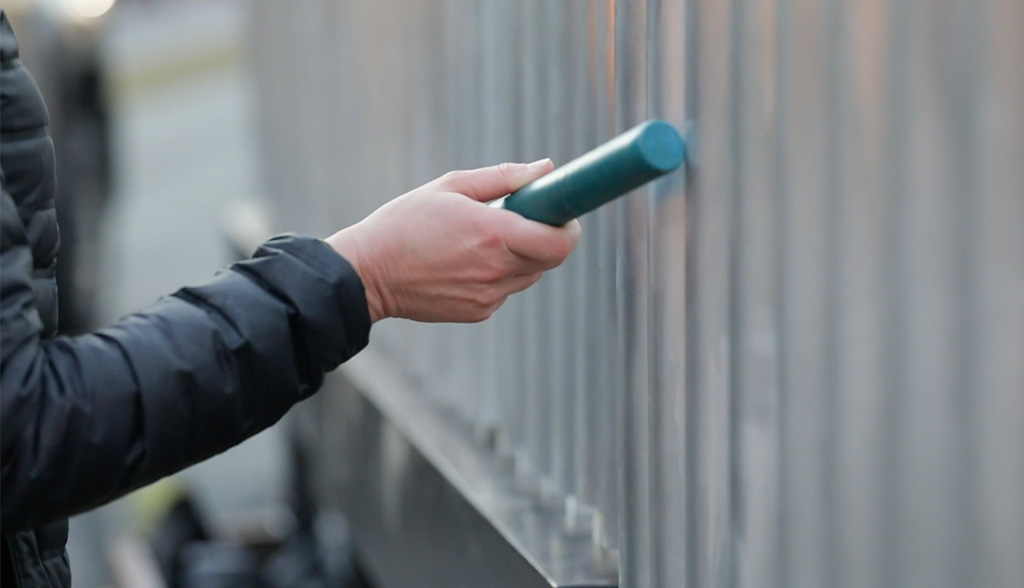 A passerby uses the Musical Fence installed in the common at Cambridge Crossing in a screen capture from a developer video.

A Musical Fence interactive art installation is back in Cambridge permanently in the common at Cambridge Crossing, developer DivcoWest said Tuesday.

The fence had an earlier stop in Cambridge Crossing in the North Point neighborhood in 2019. It was created and installed by The Pickup Music Project, artists in Medford and Boston who want people to encounter music as they might a pickup game of basketball – with anyone invited to jump in, not just professionals. 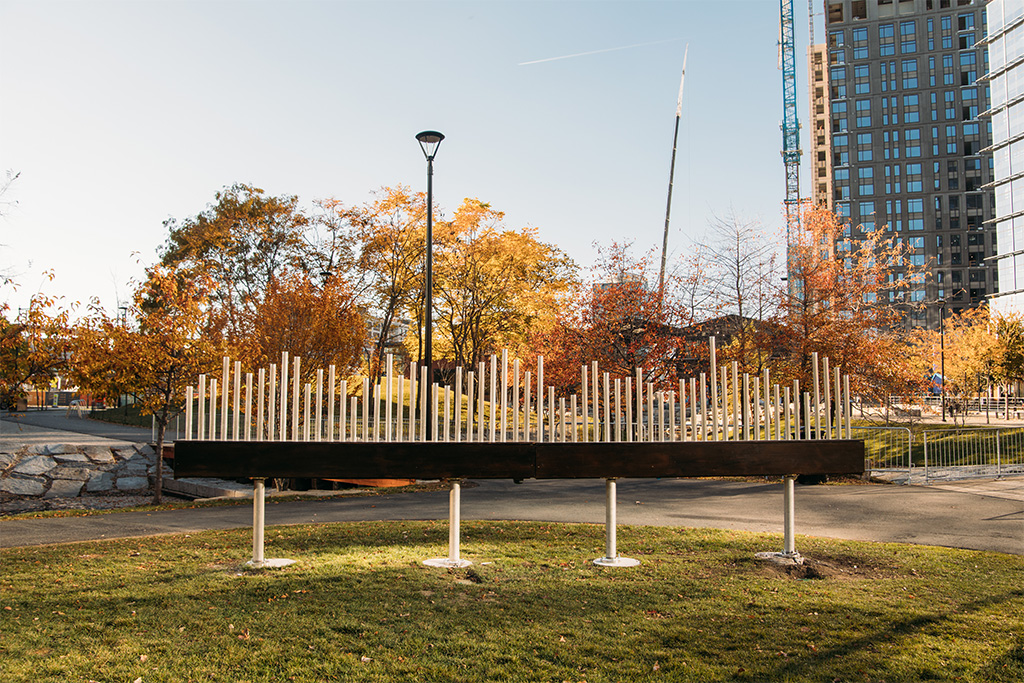 The inspiration was an earlier musical fence that Pickup Music Project founder Daniel Joseph encountered from a pair set up in 1980 by Paul Matisse on the streets of Cambridge and in front of City Hall. “This was a pretty transformative experience,” Joseph said in a video for Cambridge Crossing. “This idea for public spaces for music-making is a better way to invite people to make music than the kind of regimented exercises that I was going through” as a musician.

With Matisse’s blessing, Joseph created a musical fence that went first along the Mystic River, then to Cambridge Crossing and the Boston Children’s Museum, where it was featured in the Kevin Hart film “Fatherhood,” now on Netflix. There are also fences at Macdonald Park in Medford, the DeCordova Museum in Lincoln and the Montshire Museum of Science in Vermont.

In addition to a 5-acre common, offices and residential towers, Cambridge Crossing has retail such as an REI outdoors shop and food and drink such as Geppetto, Café Beatrice, The Lexington, a Tatte Bakery & Café and an upcoming Lamplighter Brewing Co. site. Bringing in creative installations such as the Musical Fence is a way to “not just make this a sterile thing,” said Elizabeth Bozarth of the Boston retail leasing firm Graffito SP. “The No. 1 goal of what we’re doing is trying to get people excited about this and feel like it’s their place and it’s everyone’s place.”

The Pickup Music Project is just the beginning of work DivcoWest is doing to make the place a more creative destination, said Tina Snyder, the director of marketing for Cambridge Crossing.