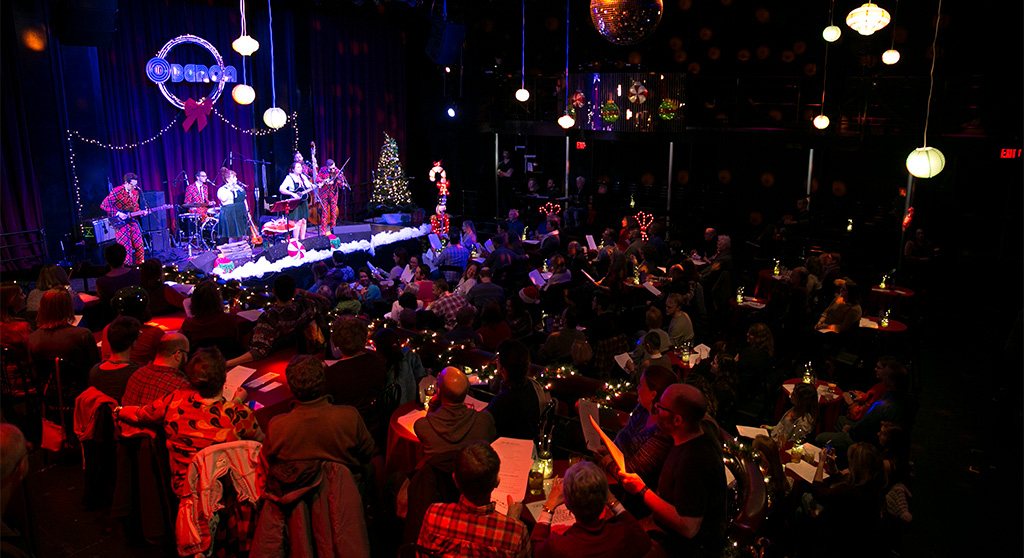 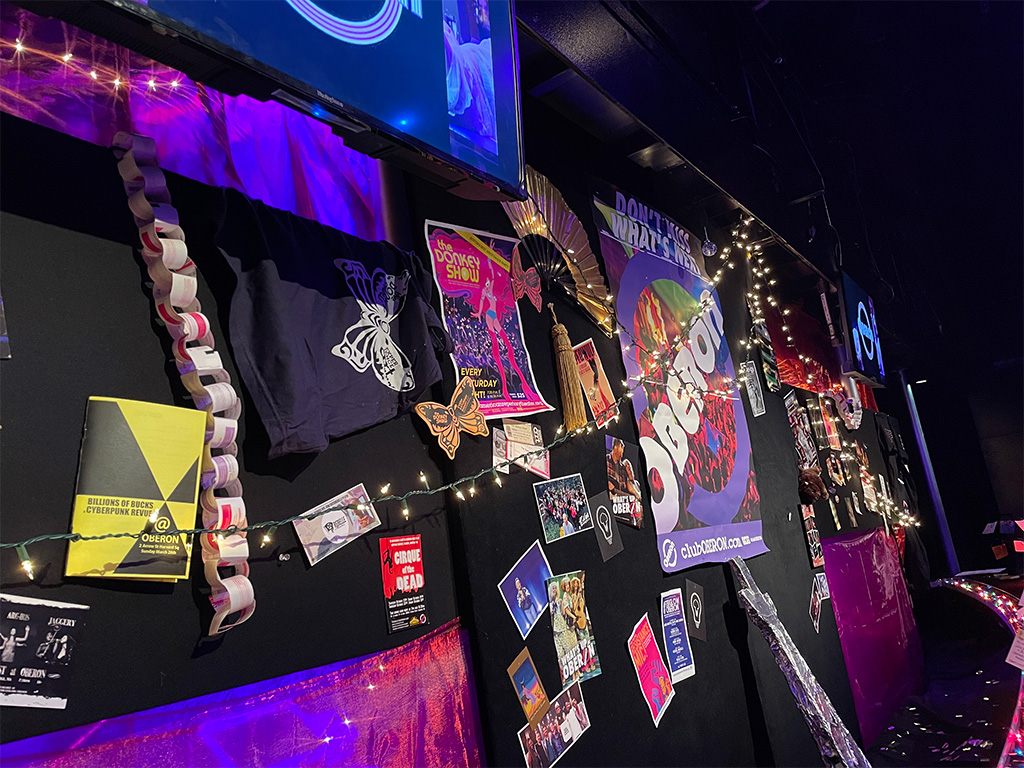 Materials from a dozen years at Oberon in Harvard Square is ready its Dec. 29 event, “The House Is Open.” Photo: A.R.T.)

The final shows at Oberon were announced Tuesday. The “club theater” is letting its lease go at 2 Arrow St. Harvard Square, at the end of the year as Harvard University moves its American Repertory Theater to Allston.

The final day at Oberon will be Dec. 29, with a free event called “The House Is Open” inviting audiences back from 4 to 7 p.m. to see a collection of photos and memorabilia from its time since September 2009, when the Zero Arrow Theatre became Oberon to provide a home for director Diane Paulus’ weekly “The Donkey Show.” The open house accompanies the final staged event, called “Last Call: An Oberon Goodnight,” at 8:30 p.m. Dec. 28-29.

“Last Call” will include appearances by 12 past performers such as Just JP, Brandie Blaze, Femme Brulée, Niki Luparelli and Casey Long (as well as a “guaranteed” glitter drop) to celebrate who and what’s crossed its stage in the past dozen years – what the A.R.T. said in a Tuesday press release included “some of the wildest, weirdest and glitter-filled nights ever imagined.”

Producers also promised a look at what will come to the theater when it’s relocated across the river; the space on Arrow Street hit the market in November, with the Graffito SP firm saying it is “seeking a one-of-a-kind arts and cultural use” to take it over. 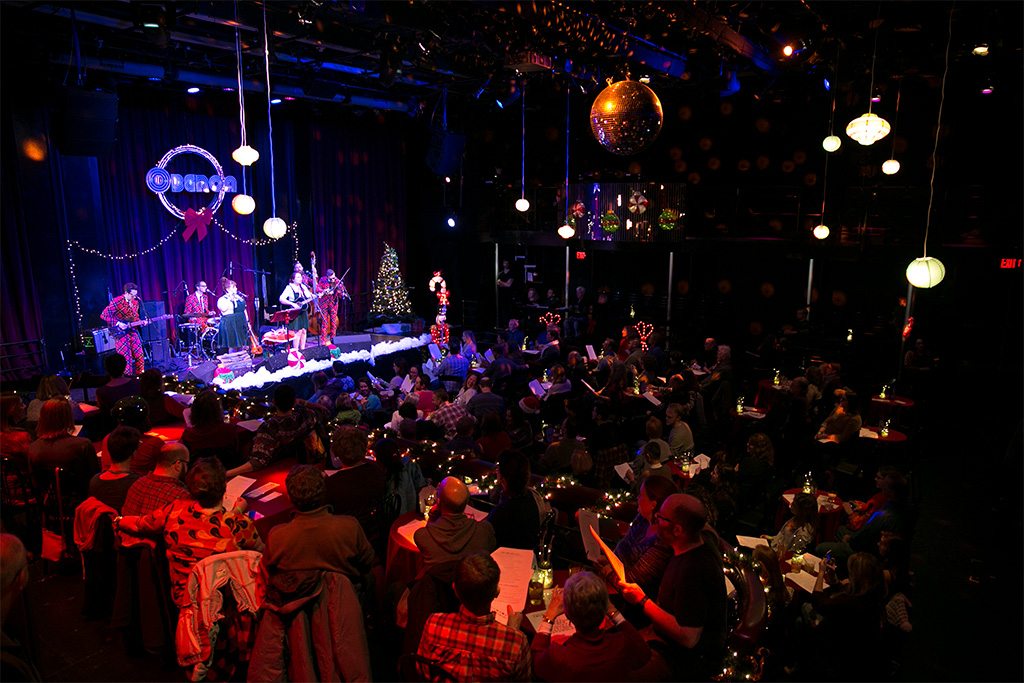 “I’m so proud of the incredible work that has happened at Oberon over the last 12 years and the depth of the relationships we’ve formed with so many local artists and producers,” artistic producer Mark Lunsford said in the press release. “The club theater and the socially driven programming it has fostered have been central to A.R.T.’s mission to expand the boundaries of theater.”

In addition to “Last Call” will be 8:30 p.m. stagings of the 13th “Sweetback Sisters’ ‘Country Christmas Singalong Spectacular’” on Dec. 17, a country cowgirl-style variety show starring Emily Miller and Zara Bode; and “The Buttcracker” starring Madge of Honor and Johnny Blazes on Dec. 21. “It’s the holey-est time of year, when we gather together, our cheeks rosy and bright, to celebrate all things booty, bum, tuchis and badonkadonk … for one last Assmas celebration,” the A.R.T. said. “This hole-iday tradition is in its 12th year and promises burlesque, drag, circus, storytelling, music, games and shenanigans. Come let your sphincter relax for the night as we take you on our annual anal journey!”

Masks and proof of vaccination or negative test results are required for audiences.

“The House Is Open” is free but requires an RSVP. Tickets for “Last Call” shows are $25.