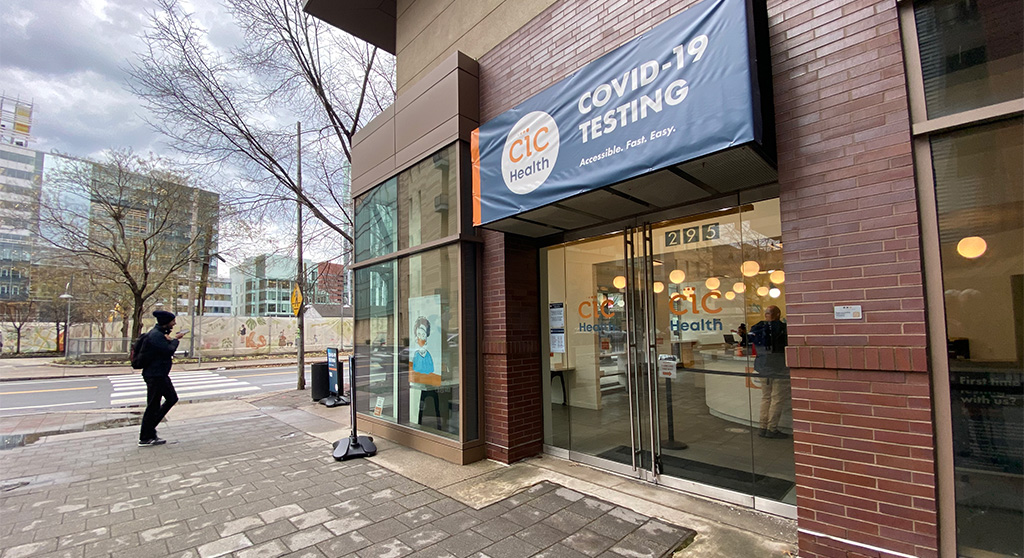 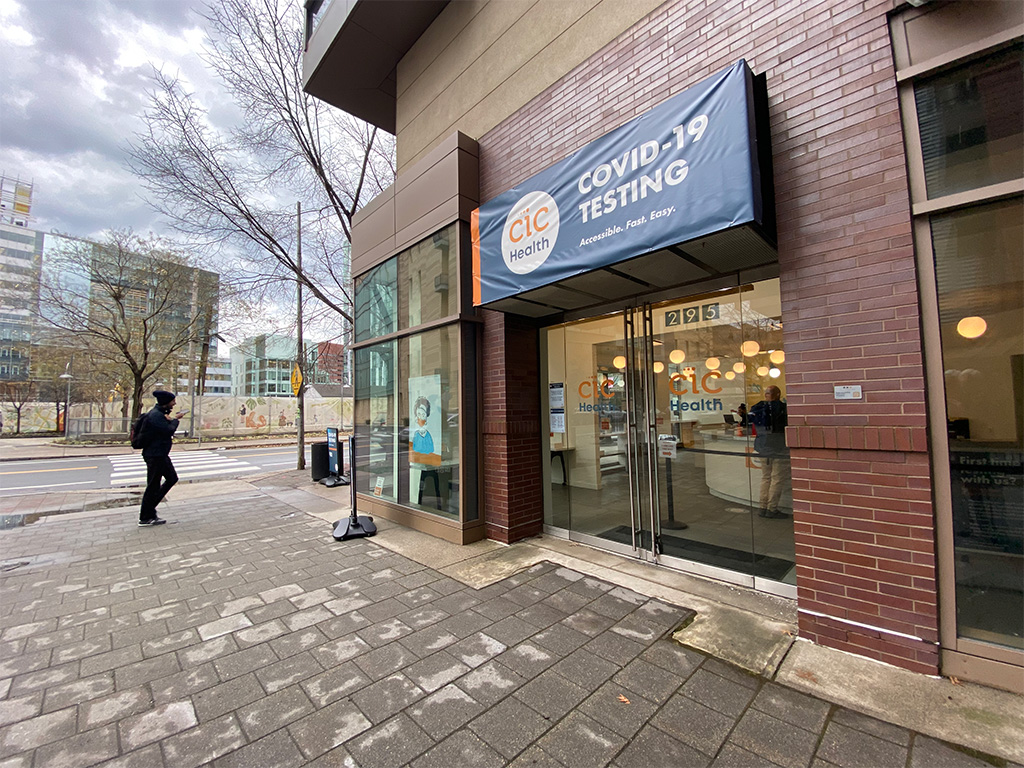 The city reported a record 143 new Covid-19 cases Thursday, the highest one-day increase since the pandemic began in March 2020. The Cambridge Public Health Department said 53 percent of new cases in the two days on Wednesday and Thursday were residents in their 20s; another 16 percent were people younger than 20. The department said it doesn’t know of any “single large cluster” driving the spike in cases.

The department also said it doesn’t know yet whether the new omicron variant “is playing a role in the current trends.” There is growing evidence that omicron is more contagious than the highly transmissible delta variant, which still makes up the majority of U.S. cases.

Harvard University said Thursday in an email to students, faculty and other affiliates that the variant probably is circulating on campus, and Harvard will require affiliates to get a booster shot in the spring semester, the the Harvard Crimson reported. This week Harvard reported the highest weekly number of new cases and the highest percentage of positive tests since the pandemic began. The Massachusetts Institute of Technology’s 56 positive tests in the past seven days was higher than any weekly average over the fall, according to The Tech, the school’s student paper. MIT will also require everyone 16 and older who lives, studies, works or accesses its campuses to get a booster shot by Jan. 14, if eligible, the university said in a message to its community on Dec. 13. The decision was based on the rise in cases locally, nationally and internationally, the emergence of omicron, and the availability and effectiveness of boosters, the message said.

The city health department said it may know more about the presence of omicron when it gets results of genomic sequencing of positive samples “for the most recent week.” Sequencing can take time, although laboratories are speeding up the process. The Broad Institute of Harvard University and MIT, which has ramped up its sequencing program and is testing mostly cases from Massachusetts and New England, found 20 cases of omicron and 7,153 of delta in the week of Dec. 4 and has just begun reporting results from the week since, according to its website.

In its daily update emailed to Cambridge residents, the city health department again urged people to get vaccinated even if they’ve had Covid-19; get a booster; wear a mask indoors in public spaces; and stay home if they feel sick. The city offers Moderna boosters Monday by appointment at the CambridgeSide mall from 4 to 8 p.m. It has held four previous booster clinics.

The number of Cambridge residents fully vaccinated – those with one dose of Johnson & Johnson or two doses of the Moderna or Pfizer vaccines – continues to inch up, but the rate for residents in their 20s remains 65 percent. Only half of older teenagers, from 16 to 19, are fully vaccinated, according to the most recent figures posted Thursday. Children from 5 to 11, who became eligible for the Pfizer vaccine only last month, continue to get a second shot; the share of young kids fully vaccinated rose to 49 percent on Thursday from 38 percent as of Dec. 9.

Meanwhile, the number of Covid-19 patients at Cambridge Health Alliance’s two hospitals in Cambridge and Everett has been rising. On Thursday there were 26 with Covid, including six in intensive care. Less than two weeks before, on Dec. 3, the census was 11 in the hospitals including two in the ICU.

Health care systems, including CHA, are also dealing with worker shortages that can leave beds empty because there is no one to staff them. The state has told hospitals to postpone some elective procedures because an estimated 500 beds statewide are unavailable. CHA Cambridge Hospital had no beds available except in maternity last week, former interim chief public health officer Sue Breen told city councillors on Dec. 6.