‘Jackass Forever’: Still not beyond trying stunts that you should never try at home 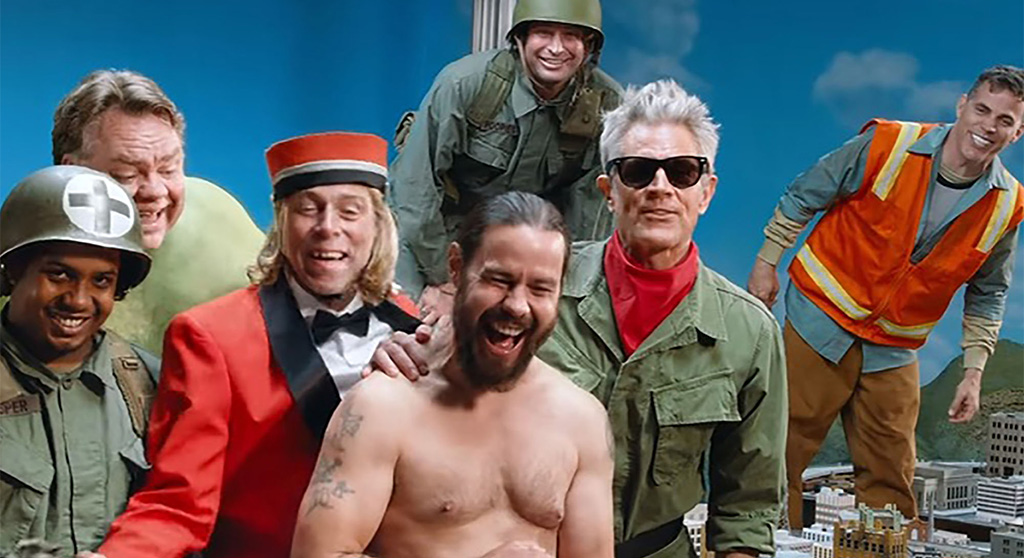 ‘Jackass Forever’: Still not beyond trying stunts that you should never try at home

It’s been 22 years since “Jackass” stoked the derring-do in nerdy 13-year-olds routinely ignored by the in-crowd, disinterested in sports and studies and gulping down the rebellious irreverence of “Beavis and Butthead.” The arrival of the Spike Jonze-created series about outcasts registering a strange sense of accomplishment in Darwin Award-worthy escapades was liberating to that crowed, but if you break it down, “Jackass” stunts are essentially the teen challenges you hear about on TikTok: ghost-pepper eating, cinnamon snorting, condom asphyxiation and other unwise acts of inanity that get pulled far too late off the social media platform. Led by merry prankster Johnny Knoxville, the Tab Hunter of the crew, “Jackass” goes to great lengths to discourage replication, implying the stars are professionals and reiterating this should not be tried at home. I’m not exactly sure what “professional” means here, but they’re still standing after decades of blowjobs from whale sharks, toilet bowl bombs and being beaten unconscious by a heavyweight contender in a department store. In the latest – and last? – installment, called “Jackass Forever,” you see animal trainers and medical professionals on the edges of the set ready to rush in, and there are one or two stunts that lead to hospital visits.

“Forever” is billed as a “Dickhouse” production and lives up to the moniker gloriously. The opening scene of urban chaos, a riff on “Reptilicus” or “Godzilla,” is actually a giant green penis crashing through the city; later, old pal Steve-O, full frontal, has a queen bee attached to his scrotum to lure a swarm of drones; then there’s the squished penis pingpong paddle and a “cup” challenge in which a professional boxer and hockey player take aim at the testes – grown men will wince and look away. “Jackass Forever” is not one-note, however; there are also gross-out gags that involve animal semen and a cast member who drops a runny deuce in his costume. Industrial wedgies. One with a treadmill on at full speed. Scorpion botox. And you get some fun facts along the way: Did you know that swine males can produce more than 17 ounces of semen at one time? Knoxville getting shot out of a cannon seems pretty pedestrian by comparison.

Yes, these are all grown men in their 40s and 50s, and good for them; they pick up a paycheck and have a chuckle or two for losing a tooth or breaking a wrist. (The guy who comes close to being mauled by a bear because salmon was strapped to his gonads deserves hazard pay.) It’s all dumb yuks that could go terribly wrong but don’t, at least as presented. The one positive thing “Jackass,” does in a skewed way, is empower: Besides the matinee-handsome Knoxville, most of the crew does not possess physiques that would make the cover of a health mag, but in this world they are all equals – equally as foolish, equally as brave and equally as capable. When all is said and done, as the blood is mopped up and balls gripped in groaning agony amid group guffaws, there’s a genuine air of respect and a comradely bond. I’m not sure I’d ever hold them up as role models, but do they have generational crossover appeal anyway? MTV, where it all began, feels like an eight-track these days. In one online forum a film fan – though I’d call “Jackass” more of an experience than a film – gave 10 stars to “Jackass Forever” and said he wished he was 18 so he could see it. And there you have it: pricks and poop are ageless in their appeal.