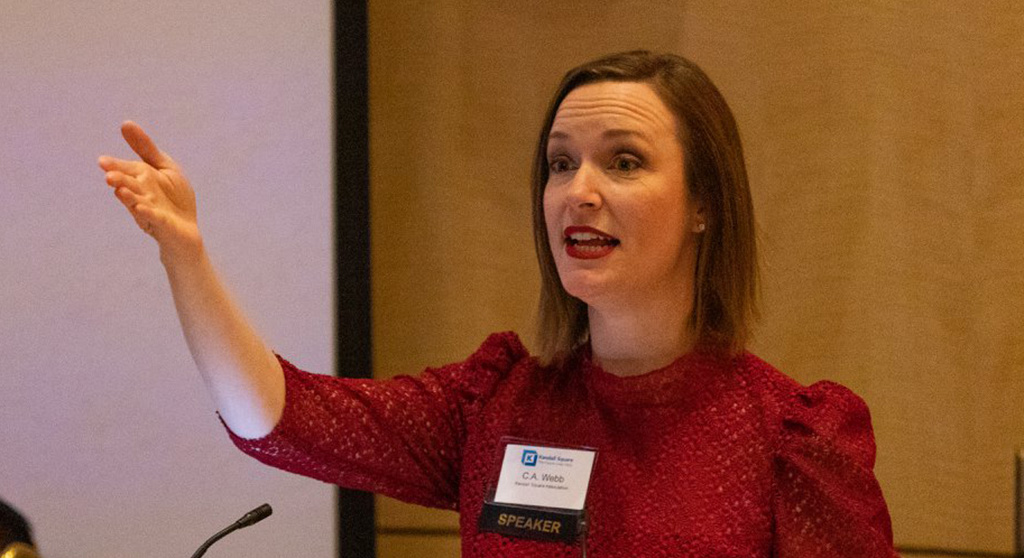 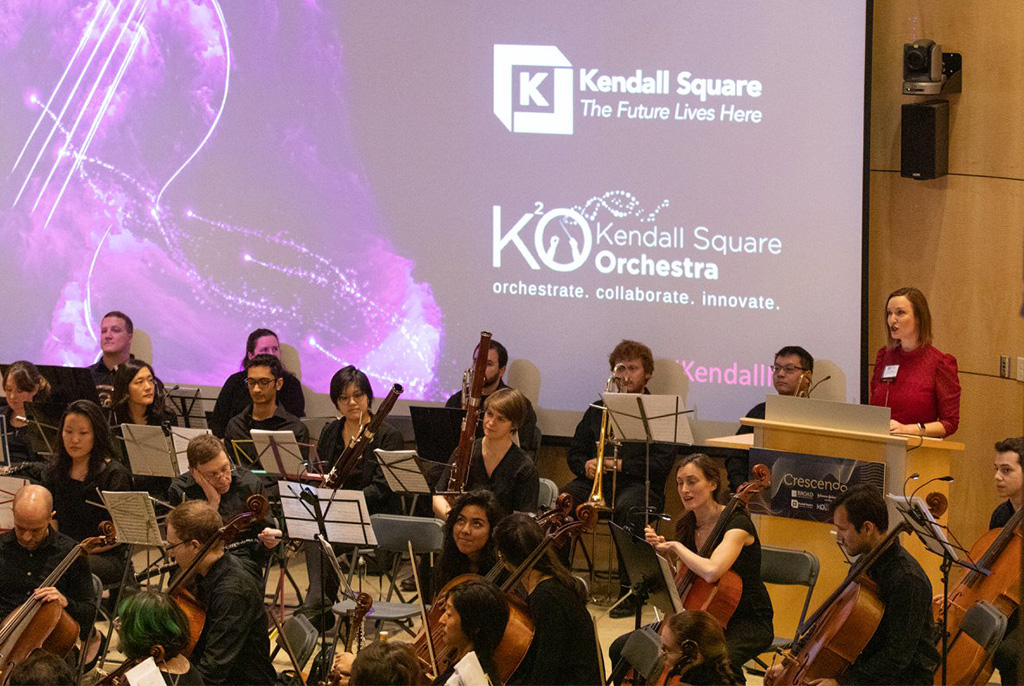 The Kendall Square Association’s president since March 2018, C.A. Webb, said Thursday that she would leave at the end of February, assuring members facing a new search for leadership that “the KSA has never been stronger.”

After stepping down she planned to take a sabbatical focusing on time with her daughters, she said, as “like many working parents staring down the second anniversary of this pandemic, I’m ready for a bit of a break.”

“When I joined the KSA, I never could have imagined that I’d be leading it through a global pandemic, nor that our Kendall community would be at the center of the public health response. The importance of the work emerging from Kendall Square’s labs, offices and classrooms has reverberated nationally and worldwide,” Webb said in an email.

She highlighted her efforts in the past 4.5 years on a Transportation Advance initiative looking at regional traffic congestion, a focus that “sustained a critical conversation within the legislative and executive branches of government”; building a working group of big employers to talk about investing in the wider community; convening a monthly “The Future of (how we) Work” group since April 2020; championing a Yes on 3 campaign to protect transgender rights; emphasizing antiracism in an Inclusion Drives Innovation program; and rallying for the restaurant community.

A transition plan has been under discussion for the past two weeks and will continue through February, said Lee McGuire, chair of the Kendall Square Association board of directors and chief communications officer at The Broad Institute of MIT and Harvard. Interim leadership will be put in place to ensure that the association’s work “moves forward without interruption,” and a working group pulled together to collaborate with the board on outlining what’s wanted in a next president and running “a thoughtful, inclusive process.” Community input is welcomed at [email protected], McGuire said.

“Thankfully, C.A.’s four-year tenure as our president has established a strong foundation for the KSA. We have a deep bench of talent,” McGuire said.

Webb was the fifth leader for the nonprofit association since it was founded in 2009 with Travis McCready as its executive director; in February 2013, Cambridge Innovation Center founder Tim Rowe stepped in until the Broad Institute’s Alan Fein could take over in March 2014; he served for two years until Sarah Gallop of the Massachusetts Institute of Technology was elected in March 2016, the third prominent association board member to serve. She stepped aside for Webb to begin her nine-month stretch as interim presidency, before a search decided to make Webb permanent as of March 26, 2018.

A native of Atlanta, CynthiaAnn Webb has a bachelor’s from Wellesley College and an MBA in entrepreneurship from Simmons. She began her career on the business side at Fast Company magazine and Whole Foods Market and later led the New England Venture Capital Association for four years – widely credited with its revival – before going on to found the venture capital firm Underscore VC. In 2015, she was rumored to have been shortlisted to lead the Greater Boston Chamber of Commerce.

“I can see Kendall Square from my window at home and will continue to be an active and engaged member of our community,” Webb said, noting her work with the Boston Biotech Working Group, backing progressive candidates running for elected office, and holding board seats at MassRobotics and The Boston Foundation. “I remain reachable and supportive of your efforts,” she said in a message to KSA members. “Thanks to all of you for continuing to light the way as you work to usher in the future of science, technology, culture and creativity.”