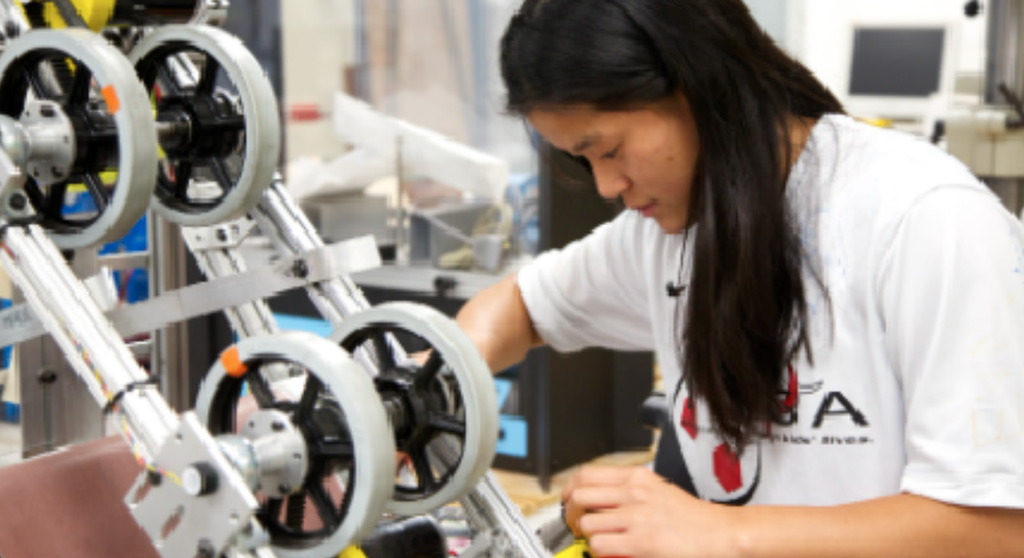 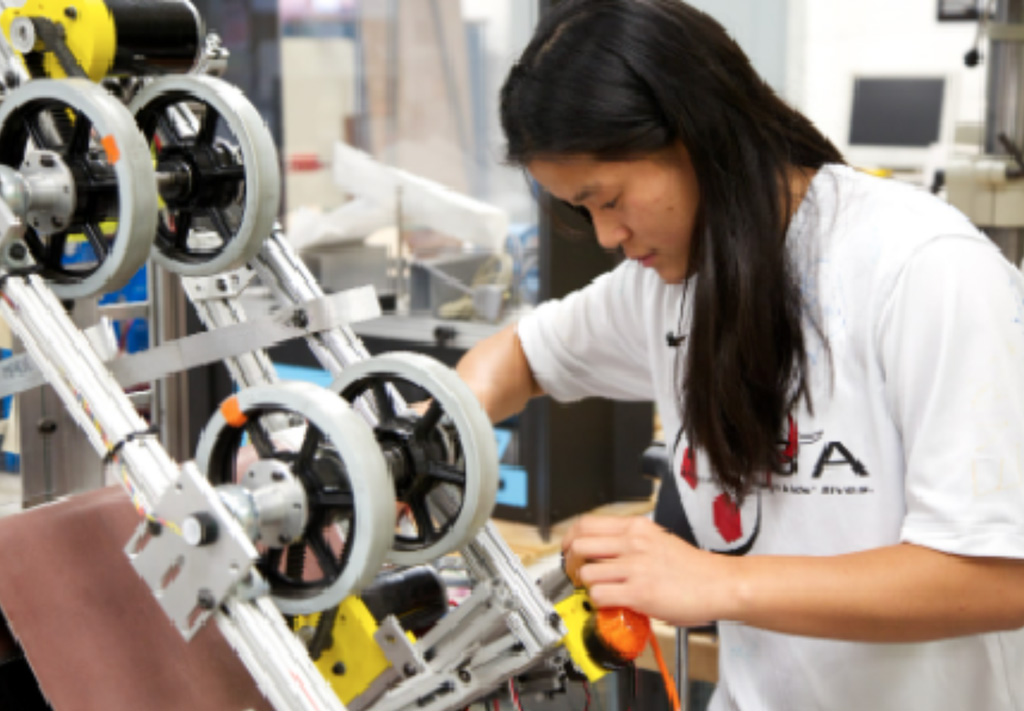 A student works at the Rindge School of Technical Arts in an image from the school website.

Declining school enrollment, improvements at the Rindge School of Technical Arts and echoes of an enduring debate over standardized tests and the achievement gap caught city councillors’ attention Tuesday at a budget priorities roundtable with the School Committee.

Preliminary plans are for a $232.4 million school district budget for the 2023 fiscal year.

Historically the budget development process has been aligned with the District Plan, a three-year framework of the district’s strategic objectives and outcome measures. The pandemic upended the process, and the plan hasn’t been updated since 2020. In its absence, a budget guidelines document informed by the new superintendent’s “entry plan” will help determine budget priorities, said Claire Spinner, the district’ chief financial officer. A new District Plan update will be complete after the budget is approved, committee vice chair Rachel Weinstein said.

Information the committee saw Feb. 1 was presented again to councillors showing enrollment that increased over the past decade – peaking at 7,236 in 2019-2020 – has seen a “pretty significant slide in enrollment” during the pandemic, according to Spinner. There’s been a drop of 499 students, or 6.9 percent, over the past two years. Statewide, the enrollment decrease has been about 3.9 percent.

Until recently, councillors have been talking about the need for more school space as population grows – especially in the Alewife and North Point areas.“I’ve been told that past school committees were interested in a future additional school,” and a long-term decline in enrollment will change the math, said councillor Dennis Carlone.

Reduced pressure to buy property could lead to fewer opportunities to add space for proposed universal pre-kindergarten classes – the topic of Monday’s roundtable.

Councillor Marc McGovern asked why families were pulling students from the district.

The district may ask the University at Massachusetts’ Donahue Institute, a consulting organization, to use new information, including 2020 Census data, to update a population and enrollment study it did in 2019 with a “more nuanced” look at changes in the city’s demographics and its impact on school enrollment, Spinner said.

The Rindge School of Technical Arts, which provides career and technical education at the high school, was also a focus of councillor questions, with vice mayor Alanna Mallon asking if the projected budget will include RSTA-specific funding.

“It’s clear to most of us that we need to be spending a lot more money on our technical arts high school and really beefing that up and making sure that we have as many robust programs as we can to support our young people who want a nontraditional track,” Mallon said.

The district is setting aside funds for program review recommendations that could expand the program’s reach, and a search for a new executive director is underway, superintendent Victoria Greer said.

“Our career and technical programs should not be for just nontraditional students,” Greer said. The district needs to ensure students are prepared when they graduate and will have “opportunities across the technical program as well as those who are trying to go to an Ivy League” school.

Patty Nolan, who in 2020 became the most recent School Committee member to jump to the City Council, was more direct than other councillors on specifics and suggestions for district leaders. She brought up issues that loomed even larger before the distractions of the pandemic: the district’s persistent achievement gaps on the third-grade literacy and eighth-grade math MCAS exams, noting that while there is skepticism regarding the fairness of the exams, they are a consistent benchmark.

“How is it that we can be assured that this astonishing budget will tie to greater achievement and making good on those goals of achievement?” Nolan asked.

Greer referred to her Entry Plan for how the district intends to approach issues such as student success – including by examining “inconsistency in curricula” and creating what she calls multi-tiered systems of support. That approach is “not just for students who are struggling. It is also for students who have high aptitudes for learning and want to and need to advance,” Greer said.

Educators have been overwhelmed with multiple curriculum implementations, but the district is working to address the issues, Greer said. “For people to work effectively, we have to create the systems, the approaches and the supports for them,” Greer said. “I don’t mince my words. And so the one thing I have to say, we cannot focus on a million things and think that people are going to do those well. It’s just not going to work.”

The district will provide an update on the budget at the Tuesday committee meeting, including feedback from community meetings held since the start of the year and continuing until late this week.

Final community meetings will be held at 10 and 11 a.m. on Saturday, and a community budget survey will close Friday.

Several community meetings for non-English speakers were canceled as the district shifted strategy to have family liaisons and schools do more personal outreach and encourage families to complete the survey, said Sujata Wycoff, the district’s director of communications, noting that many bilingual liaisons are deeply connected to their communities.

Greer expects to present the proposed budget and a federal Covid relief plan March 17, followed by several public meetings and hearings in late March and April, culminating in a council hearing to review and approve the budget in May.

The roundtable was held to make the council familiar with the district’s priorities before the formal presentation, said José Luis Rojas Villarreal, co-chair of the School Committee’s Budget Subcommittee.

Greer’s Entry Plan is also being updated: A Phase II with reports, timelines and action plans is expected to be complete in May with new data from a community survey and new JK/K enrollment numbers.