‘The Lost City’: Romancing the same 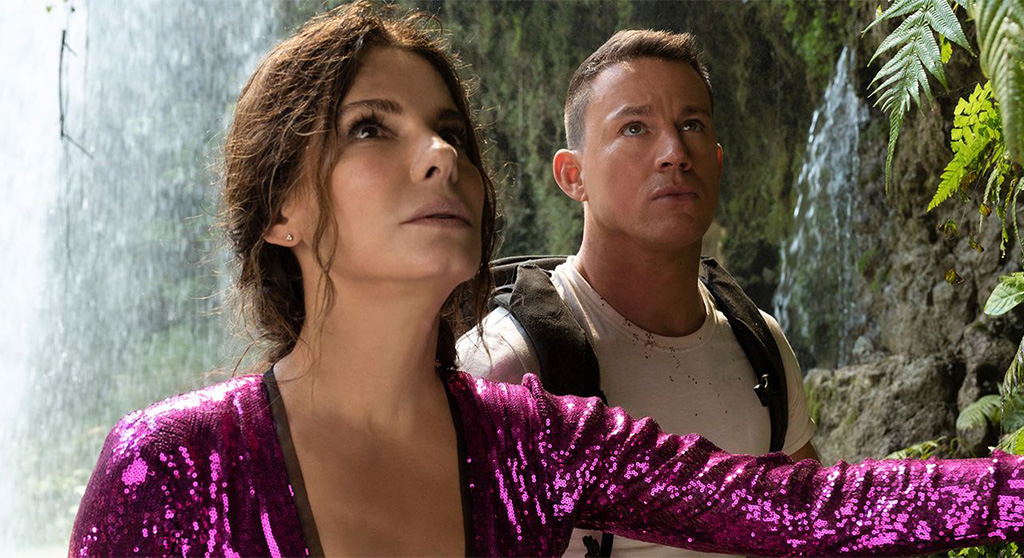 ‘The Lost City’: Romancing the same

Swashbuckling rom-coms tend to work (“Romancing the Stone”) or not so much (“Jungle Cruise”) based on the chemistry between the leads, the cheekiness of the supporting cast and some deft plot twists. “The Lost City” has plenty of the above, even if it runs out before the end. The set-up has reclusive romance novelist Loretta Sage (Sandra Bullock) – don’t call her Danielle Steel – tired of churning out product and even more so of doing publicity tours with hunky cover model Dash (Channing Tatum, whom you can call Fabio; he’s riffed as such, replete with flowing blonde locks). The rub with the latest book comes when Loretta, bored with the process and grieving the death of her husband, gets kidnapped by an eccentric billionaire with the benevolent-sounding name Abigail Fairfax (Daniel Radcliffe, excellent in the mercurial fop role) to decode ancient hieroglyphics so he can obtain the unobtainable: an ancient crown of jewels in the buried enclave of the film’s title.

The whole shebang’s pretty much a McGuffin so Tatum and Bullock can engage in a rom-com romp on a tropical island. There’s leech removal from personal parts and a sequined unitard that just won’t die. What’s a real blast is Brad Pitt in a cameo as a zen extraction expert (allegedly the idea came on the set of Pitt’s “Bullet Train” – coming this year – in which Bullock had a cameo, and this was the payback) and Patty Harrison as Loretta’s boozy social media publicist, not to mention Da’Vine Joy Randolph as the stressed-out, brash-talking tour manager and Oscar Nuñez as the the quirky cargo plane pilot who often interprets words a bit too literally.

Tatum and Bullock have solid chemistry, but the film runs out of pomp and verve as plot ends need to be tied up and things become a bit too predictable. Don’t get me wrong, the film has plenty of “didn’t see that coming” moments – it’s just they’re front loaded. No matter. “The Lost City” will serve as a nice studio-produced calling card for the brotherly directing team of Adam and Aaron Nee, who until now have mostly toiled together acting, writing and directing indie fare such as “Band of Robbers” (2015) and “The Last Romantic” (2006). Next up for the Nees is more action and adventure with the big-screen take on He-Man, “Masters of the Universe.” Pro tip for “Lost City”: Be sure to sit through the credits.