A trio of firsts for Women’s History Month includes architect, educator and councillor 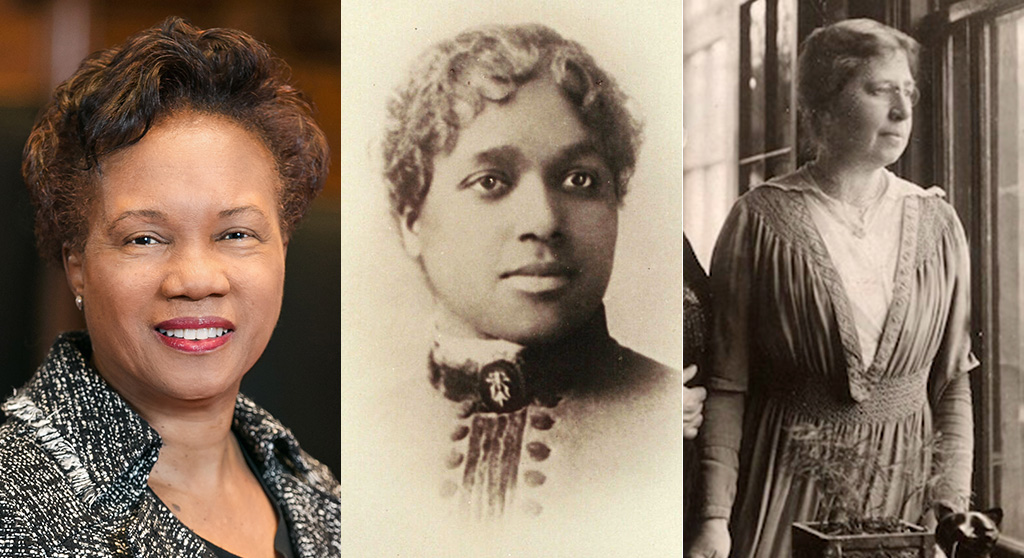 A trio of firsts for Women’s History Month includes architect, educator and councillor

Throughout Cambridge’s history, women have led the charge in creating change, progress and growth for the city. Their contributions have inspired individuals and moved Cambridge forward. YWCA Cambridge had the chance to sit down with History Cambridge’s communications manager, Talia Franks, for a conversation on Women’s History Month.

Are there “firsts” in Cambridge?

In 2001, E. Denise Simmons successfully ran and gained a seat on the Cambridge City Council, and by 2008 she was unanimously elected mayor by fellow council members. She made national headlines as the first African American, openly lesbian mayor in the country and the first African American female mayor in Massachusetts. Simmons is serving her 11th term as a city councillor.

In 1888, Lois Lilley Howe entered the Massachusetts Institute of Technology’s school of architecture and took the two-year Partial Architecture course. During this time, she was a founding member of MIT’s first woman student’s group, Eta Sigma Mu. In 1894, she received her first commission to build a house. In 1901, she established her own firm and became the second woman elected to the American Institute of Architects. She was the first woman elected to the Boston Society of Architects.

Born and educated in Cambridge, Maria Louise Baldwin graduated from the Cambridge Teachers Training School in 1875. In 1882, she was appointed principal of the Agassiz School, the first black woman to be appointed as a principal in Massachusetts. In 1916, she was appointed master of the school. The school was renamed for Baldwin in 2002 and its neighborhood was renamed for Baldwin in August.

Have you found barriers in trying to tell women’s stories, particularly for women of color? How do you find missing pieces of history?

We haven’t found any barriers. The issue was that it wasn’t always made a priority. General issues include mistakenly thinking that we should celebrate people only after they die, or only honor older folks, defining “woman” a certain way or not creating enough trust with different communities to gain access to people. The information exists; we just haven’t done a great job of asking.

How do we help continue to tell stories about the important work of women in Cambridge’s history?

We need to say it is a priority, and follow through with it. We need to ask people to share names of people they think should be honored – we’ve done this before and it has worked out well. And we need people who have the time and inclination to write. We, as a small staff, simply don’t have the capacity.

There are countless women in Cambridge who have opened doors and inspired future women to push for more, break barriers and lead in our community. Thank you to the many women who continue to make history. We are [here] because of you.

Whitney Mooney is the development and marketing manager at YWCA Cambridge and an advocate for all Cambridge nonprofits.