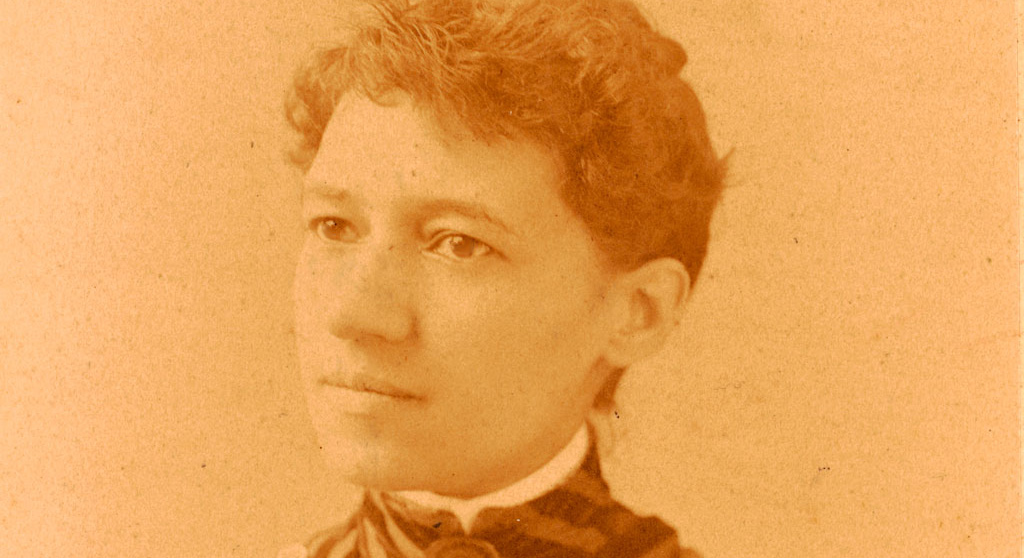 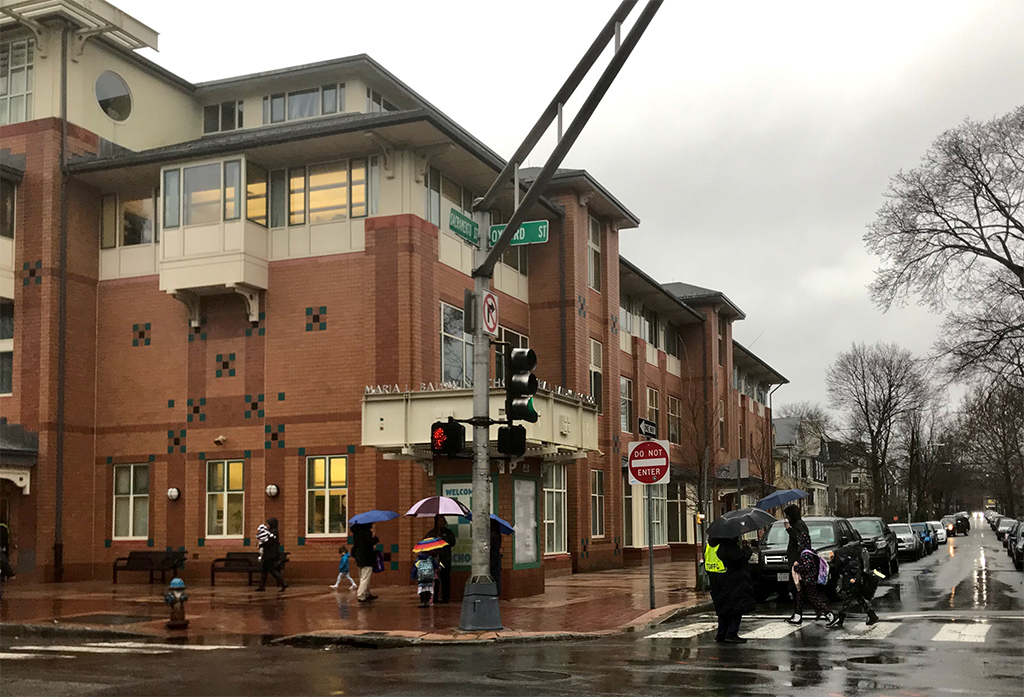 The neighborhood’s Maria L. Baldwin School was known as the Agassiz School until 2002. (Photo: Marc Levy)

The Baldwin Neighborhood, named for black educator Maria Baldwin, will join a dozen others on the Cambridge map by wiping away the Agassiz Neighborhood name, city councillors affirmed in a 9-0 vote Monday.

The effort to change the neighborhood’s name began almost two years ago with Maya Counter, a resident of the neighborhood who is now attending Harvard College. Counter presented her research and proposal to her neighborhood council and then to the City Council in February 2020, drawing support for erasing the name of a eugenicist in favor of a groundbreaking educator and woman of color.

That work finished at the council’s sole summer meeting. 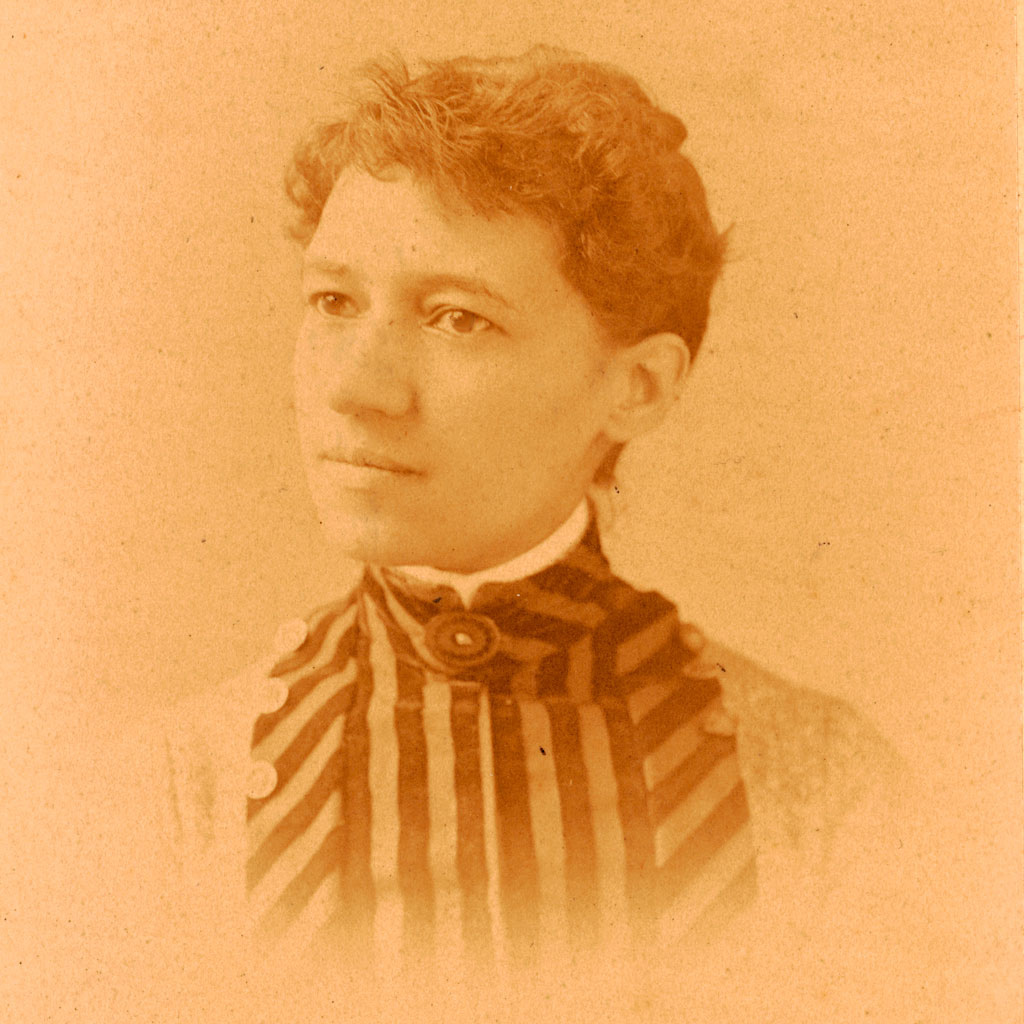 “In a country built on the foundation of white supremacy, we must be critical and proactive about what and who deserves to represent our shared current values. We live in a diverse community – a reality that Agassiz fought hard against, and the same kind of community that Baldwin worked hard for,” Counter said Monday in public comment to the council.

“To the people that hate to see the Agassiz name go, there are still myriad towns, streets, glaciers, lakes, mountains, buildings, etc., named after him. And as a Harvard student, I can tell you that there’s a lot of him on campus. History can never change,” Counter said.

Vocal opponents to the name change came down to a single resident of the neighborhood, Fred Meyer, whose letters to the editor and public testimony at meetings said the process was flawed. “I don’t want people to feel that they have been led by a biased Agassiz Neighborhood Council, which most people in the neighborhood have never heard of,” Mayer said.

But while Meyer said he knew of others who shared his concerns and wanted more options beyond the Baldwin name – that he heard it “over and over” – no one joined his campaign. 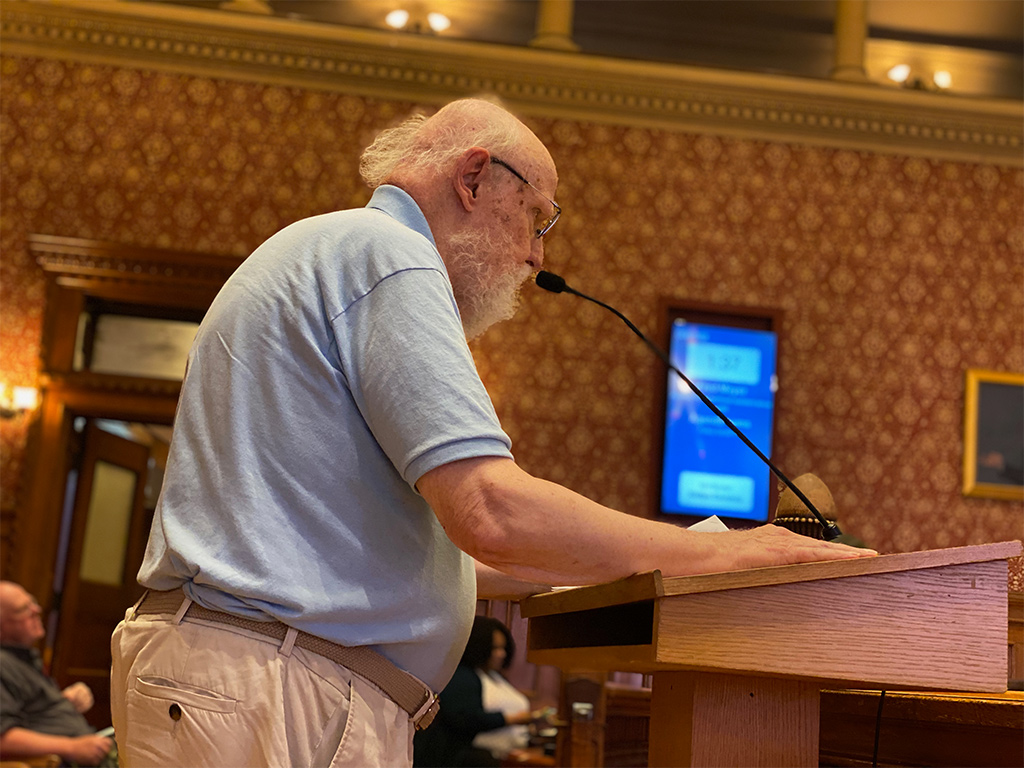 Swiss-born scientist Louis Agassiz is famous for founding Harvard’s Museum of Comparative Zoology but infamous for promulgating racist notions. He believed in polygenism, the idea that human races are of different origins, and that whites were intellectually superior to other races. He died in 1873.

A quarter-century later, Maria L. Baldwin became the first black female school principal in the Northeast – “the most distinguished position achieved by a person of negro descent in the teaching world of America,” W.E.B. Du Bois said in 1917. The School Committee voted in 2002 to rename the neighborhood’s Agassiz elementary school to the Baldwin School for the same reasons as Counter and many supporters cite: to honor Baldwin’s achievements and shake off the taint of the Agassiz name.

Counter and the neighborhood council ran an engagement process and survey to gauge support for the name change and potential new honor for Baldwin.

It wasn’t robust enough for Meyer, who hoped a variety of name change options would appear on the Nov. 2 ballot, and councillor Patty Nolan delayed a vote on the change on the June 28 council meeting agenda “because it became clear that many residents of the neighborhood were taken off guard that the council was about to vote on changing the name … the city could and should have done a better job of outreach to the neighborhood.”

That lack of outreach from City Hall was partially by design, said councillor E. Denise Simmons, who has worked with Counter on the project.

“If you did not see as much hands-on work as you might have wanted through the city, please understand that [we] wanted this to be done where it started, which was in the neighborhood,” Simmons said.

A Committee on City Art, Monuments and Markers led by Simmons is nearing a report that includes a look at whether historical namesakes citywide engaged in “shameful acts” such as enslaving people or toxic intellectual explorations such as Agassiz’s, Simmons said.

Nolan said she looked forward to the report. “This will not be the last neighborhood street or building to get renamed. I know our colleague has been working on many other things to be renamed, and I’m totally on board and thrilled with that effort,” Nolan said.

The prior neighborhood name change was in 2015, as Area IV became “The Port.” There too, race played a role, as residents believed the term “Area IV” was a police designation oppressing a center of black and brown life in the city. (The designation was created by the city to facilitate analysis of the then upcoming 1940 U.S. Census; the city still has an Area II, home to much of the Massachusetts Institute of Technology campus.) The change was made official by the council after several rounds of community solicitation. In that situation too, not everyone felt the process had been inclusive enough, said Lee Farris, a resident of The Port who is active in civic affairs.

Baldwin may get a third point of recognition at the Central Square branch library, where a task force will consider a renaming to The Maria Baldwin and Rep. John Lewis Library and Center for African American/Black History and Culture.