‘Father Stu’: The Passion of the Wahlberg 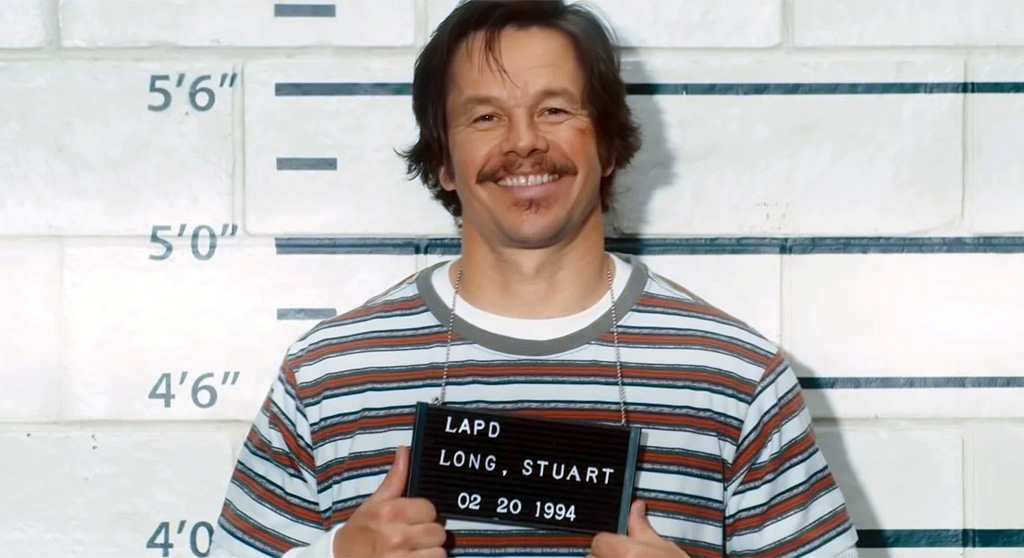 ‘Father Stu’: The Passion of the Wahlberg

If you’re going to go into “Father Stu” believing it a didactic, preachy film from a movie star who’s embraced his faith – or not go into it, for the same reason – take a deep breath. It’s a portrait of a man, his struggles and evolution toward faith and a deeply personal film, but it does not outwardly preach the virtues of Christianity nor does it seek to convert. In context it’s akin to Mel Gibson’s “The Passion of the Christ” (2004), clearly a faith-based passion project that’s compelling and visceral for those who believe and a fine film for others who believe otherwise. Mark Wahlberg, the movie star we’re talking about here, plays the titular Stu and gives one of the best performances of his career. Gibson is in tow as his wayward father; his Gibson’s significant other, Rosalind Ross, was recruited by Wahlberg to write and direct.

The true-life, Job-like journey of Stu begins with a brief preamble of growing up in a dysfunctional household in small-town Montana. We catch up with Stu as a young man in the midst of a semi-successful boxing career, with a montage of a ripped Wahlberg squaring off against various opponents. After one hotly contested bout, he gets news from a physician that he’s one or two headshots away from the grave. Reluctantly, Stu hangs up the gloves and, for his next act and without much of a second thought, scoots off to Hollywood to become an actor. You have to admire Stu’s blind optimism (or is it naiveté?) as he works a meat counter in a supermarket (à la Mickey Rourke in “The Wrestler”) trolling the clientele to ask if they’re in the biz. One day he waits on a young woman named Carmen (Teresa Ruiz) and boom, as fast as that move west it’s love at first sight. But Carmen’s Catholic, and there’s no nookie until the knot is tied. Still smitten, Stu converts but experiences a horrendous (wince-worthy) motorcycle accident that leaves him near dead and seeing visions in his semiconscious state. It’s not fully on screen, but during his recovery Stu sees the light and decides to join the priesthood (so much for Carmen), where he’s reluctantly received as a coarse, undeserving outsider. Adding to the uphill battle is the matter of reconnecting with his alcoholic father (Gibson), who’s working a construction gig in L.A. Then comes the onset of a rare, debilitating disease (think ALS).

The film as directed by Ross (it’s her debut) has a gritty internal warmth, though not all the plot points seem to flow together organically – namely any logically felt reasons for Stu’s impulsive transitions other than tragic hardship. Wahlberg, who’s made many a slack film (“Infinite” and “Mile 22,” to name two recent duds) also has turned in some strong work when working with quality filmmakers (“I Heart Huckabees,” “The Departed” and “Boogie Nights”). Here he’s all in, pulling a De Niro by going from ripped pugilist to adding 30 pounds to transform himself for that latter-day ailing Stu. He brings his cocky street persona to the part in meted doses that add value when Stu, from the pulpit, channels that feral something else from his previous life; while different, it resonates with parishioners and grabs the attentions of his theological higher-ups. There are also some emotional, challenging scenes of personal defeat, tragedy and trials of faith that Wahlberg pulls off with aplomb. It helps that the cast around him is strong, which goes not only for Gibson but for the indelible Jacki Weaver (“Silver Linings Playbook,” “Animal Kingdom”) as his caring mother and Malcolm McDowell as Stu’s compassionate, overseeing monseigneur. “Father Stu” may be about faith, but you don’t need to be of faith to appreciate the trials and tragedies endured by a man who has persevered against all odds.