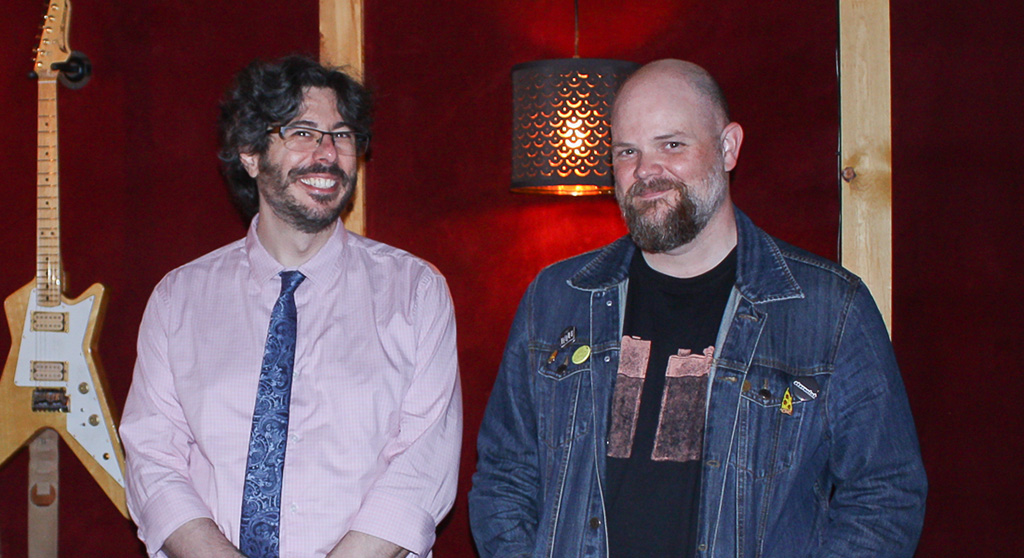 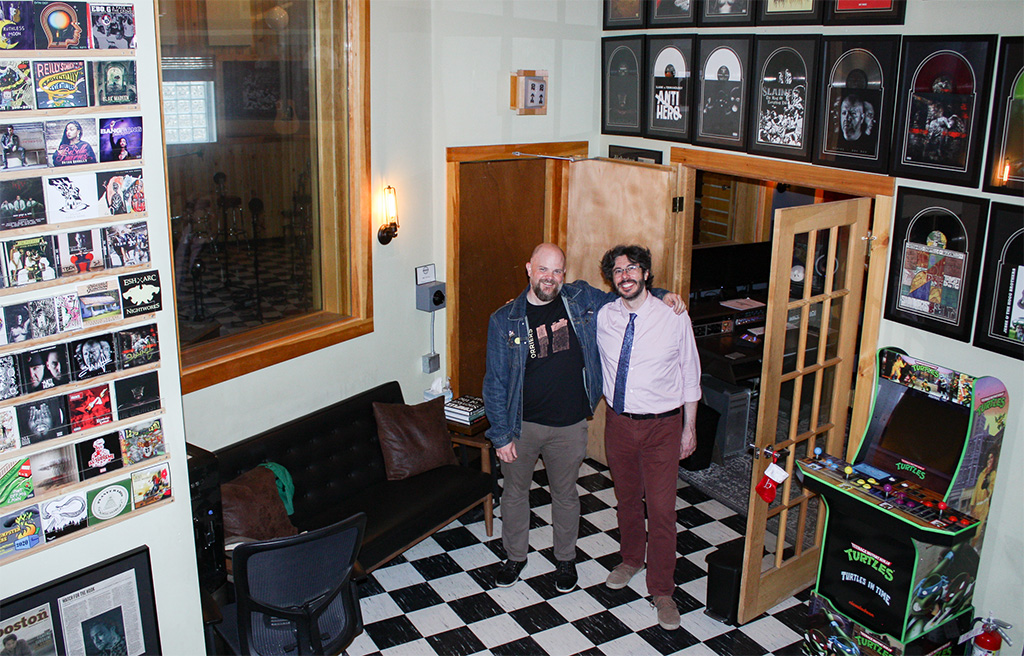 Until the end of the month, listeners of the “Greater Boston” podcast can contribute to a crowdfunding campaign to help creators Alexander Danner and Jeff Van Dreason better compensate actors and pay for studio time for their penultimate season.

The pair long ago surpassed their original goal of $15,000 and entered stretch-goal territory by offering perks such as stickers, posters, stress balls – a reference to an episode plot point – and spoilers for upcoming episodes. Even experiences are up for grabs, such as the opportunity for a listener to play a cameo role in an episode. One fan claimed an option to buy every offered perk for $1,000 at soon as the campaign began.

“That’s the kind of thing you put on there like ‘Nobody’s going to do this,’ and someone actually did,” Van Dreason said. “That was a thrilling moment where we were like, ‘Oh my gosh, people really care about this.’”

The show, which began in 2016, is a sprawling audio drama set in a world where the red line has seceded to form its own government – a joke by Alewife residents Danner and Van Dreason about the MBTA line’s notoriously slow travel time and feeling, at times, like they live on the train. Though there’s humor, the show’s storylines also deal with addiction and grief and explore social and historical issues such as gentrification, displacement and the race-based real estate tactic of redlining.

“Intersection of transit and social issues is huge, and one thing we really focused on is how transit is a right. By putting a city in a transit line, it helped us amplify those issues – the fact that Boston’s transit system is not great, and as real estate prices continue to go up, people get displaced and pushed out of neighborhoods, especially neighborhoods that are historically Black, Latinx [and other] people of color,” Van Dreason said. “At the same time, you hear people from neighborhoods say stuff like, ‘Oh, these restaurants are closing,’ or ‘It doesn’t have the same feel anymore, there’s all these chains.’ The culture of neighborhoods comes from the people that live there, and if you make it too expensive for people to live there, of course it’s going to change.”

The podcast has developed a following. It saw around 1 million downloads last year, its creators said. That helped when it came time to crowdfund, and as the month winds down the campaign has drawn $16,385 from 292 backers.

Sean Howard, a veteran of the podcasting industry – his Fable & Folly network of fiction podcasts was founded in 2011 – said he’s been impressed by the show, its longevity and how its audience has grown. “‘Greater Boston’ just has an amazing fan base that is so strong,” Howard said.

“The show we create is so consciously about community and about people learning to be better to each other that they find it a very comforting show to listen to and can get attached to our characters in a very emotional way,” Danner said.

Bridget Geene, a Bloomington, Indiana, resident who has visited Boston once, said she bought that $1,000 package because the podcast feels like home. “Around 2018, I started going down a pretty dark path, and ‘Greater Boston’ helped me get myself through it. It just means a lot to me. I wouldn’t be the person I am without it,” Geene said. “I was going to get their top tier no matter what, because I appreciate Jeff and Alexander.”

Danner and Van Dreason met while attending Emerson College’s MFA program and have backgrounds in creative writing, largely solitary passions they transformed into collaborative ones through their podcast. It was initially just a casual project shared between friends.

“It’s been DIY the whole time, until very recently,” Danner said. They put blankets up around a basement to buffer sound while recording, and had to pause when planes or large trucks went by. “We literally just sat down in my living room in front of one computer and opened GarageBand and were like, ‘Okay, let’s learn how to sound design!’”

Now the show is recorded at The Bridge Sound and Stage in North Cambridge and is taking more steps toward professionalizing for the final seasons, including paying actors by the hour. “Season 4 we went into it like, okay, now we’re actually doing casting calls. For the first time, we have the budget where we can promise people payment upfront,” Danner said. “With each season, we’ve done a little better.”

Bringing more diversity into the show also became a high priority after casting their friends in the podcast’s early days brought about a moment of realization. “We had to ask ourselves this really difficult question of: Why don’t we have more friends who are people of color?” Van Dreason said. “We obviously wanted the show to be diverse, because it’s about Boston as a city. We kind of pushed ourselves to address some of those issues in Season 2 and say, look, the show’s about Red Line, it’s about social issues, it’s set in Boston – we have to take this head-on and get past our comfort zone and address it.”

It was easier to initially write characters without specifying their race or other aspects of their broader identity, but the creators found that creating a diverse show happens intentionally.

The plan is to end the show with five seasons, ending on a “strong, polished note” that prepares them for whatever projects follow, Danner said. They have also set aside plans for PodTales, an audio drama and fiction podcasting conferencing run in-person in 2019 and online in 2020.

Season 4 will be released this fall; the first episode was released early as a teaser and as an enticement for the crowdfunding campaign and is available on the Greater Boston website.