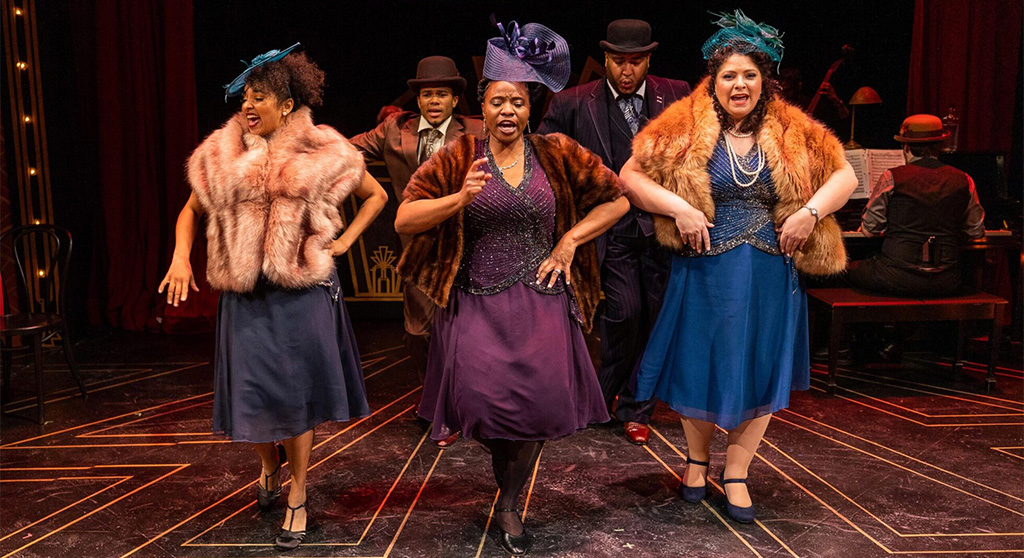 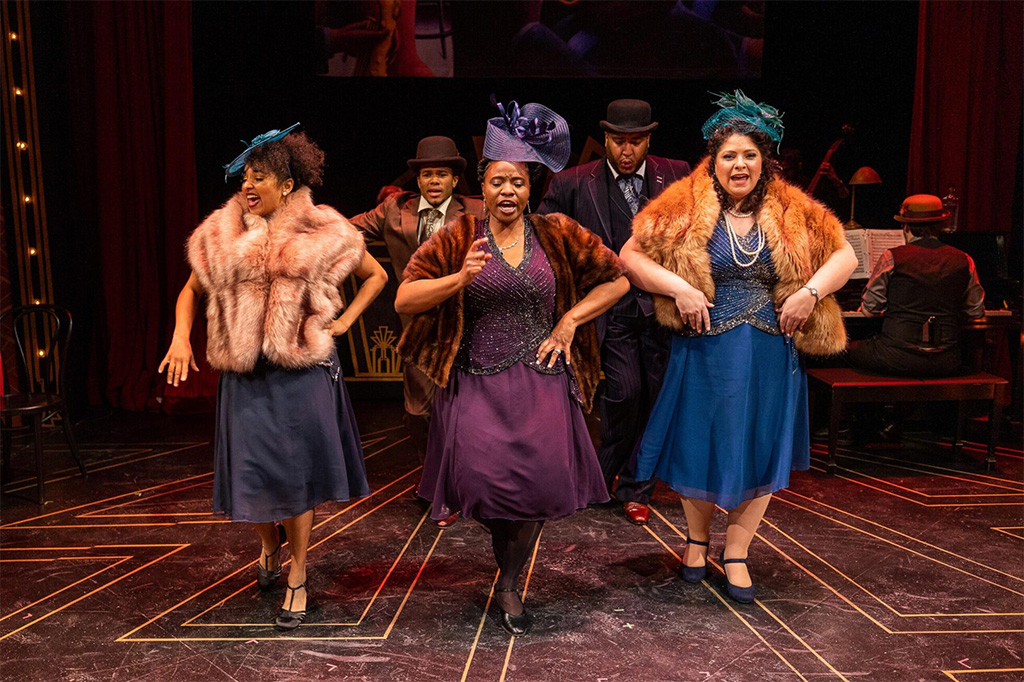 Years ago, for our parents’ 20th wedding anniversary, my siblings and I bought them tickets to see “Ain’t Misbehavin’.” I don’t remember why we picked this particular show, except that they liked musicals and this one was new. They came back from their evening raving about how incredible it was; they talked about it for days. From what I was hearing, it was the music that hooked them, as they didn’t tell us much in the way of the storyline. The memory of their experience stayed with me – for who doesn’t want to be deeply rocked by a musical?

After seeing “Ain’t Misbehavin’” for the first time in Central Square, I totally get where they were coming from.

This production gels on all levels. Jon Savage’s set puts us right into the Harlem Renaissance before the show begins, with its rich, red velvet curtain, large, colorful Motley reproductions depicting nightclub scenes, vanity mirror lights framing the stage and art deco floor, all made warmer and seedier by Jeff Adelberg’s lighting design. An upright piano stands against the wall; a few round tables and chairs are scattered on the stage. The cast bursts out, clothed in Elisabetta Polito’s stylish costumes, launching into the show’s title song, and the rest of the ride is rollicking. 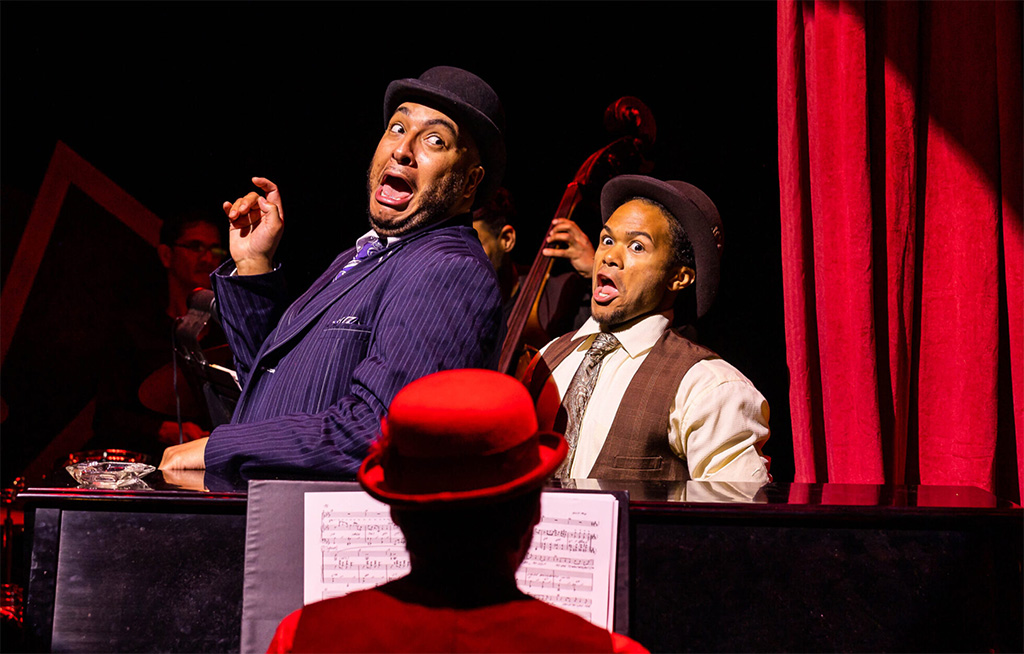 Director Maurice Emmanuel Parent has assembled one of the more uniformly talented casts I’ve seen in a long time, if ever. Lovely Hoffman, Jackson Jirard, Christina Jones, Sheree Marcelle and Anthony Pires Jr. each bring their own brand of special to the stage. Hoffman’s rendering of “Mean to Me” is heartbreaking, while Jones shows her tremendous vocal strength with “Keepin’ Out of Mischief Now.” Hoffmann and Marcelle deliver one of the funniest songs of the night with “Find Out What They Like.” Pires lends his powerful vocals to “Feet’s Too Big,” and Jirard brings down the house with “The Viper’s Drag.” Co-choreographers Parent and Ilyse Robbins do an incredible job, particularly with “How Ya Baby,” in which the well-matched Jirard and Jones cavort. Jirard is a natural athlete and a pleasure to watch; he makes the most difficult moves appear easy and graceful. Parent keeps the action flowing and textured. There are mood shifts throughout, such as the sorrowful “Black and Blue” (“I’m white inside but, that don’t help my case/That’s life can’t hide what is in my face”). The cast is still during it, seated. It’s a contemplative and moving piece. The sadness is shaken with the next song, the winsome “I’m Gonna Sit Right Down and Write Myself a Letter.” Co-music directors David Freeman Coleman and Dan Rodriguez have put together a terrific band that appears to be having as much fun as the cast.

My advice would be to get tickets to “Ain’t Misbehavin’” before it sells out, which I’m fairly certain it will. Should that happen, don’t despair, the show is moving to Greater Boston Stage in Stoneham next month. One way or another, I plan on seeing it again.