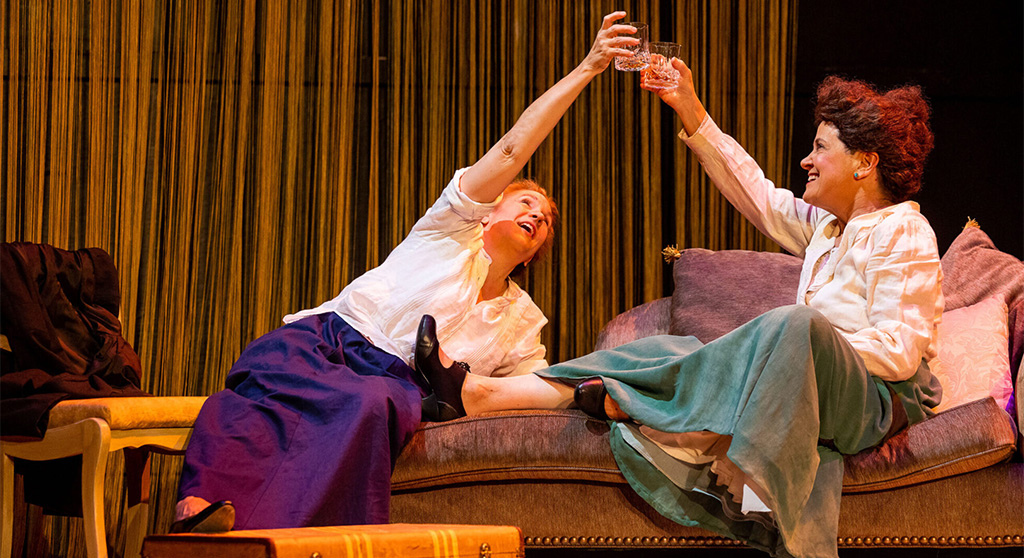 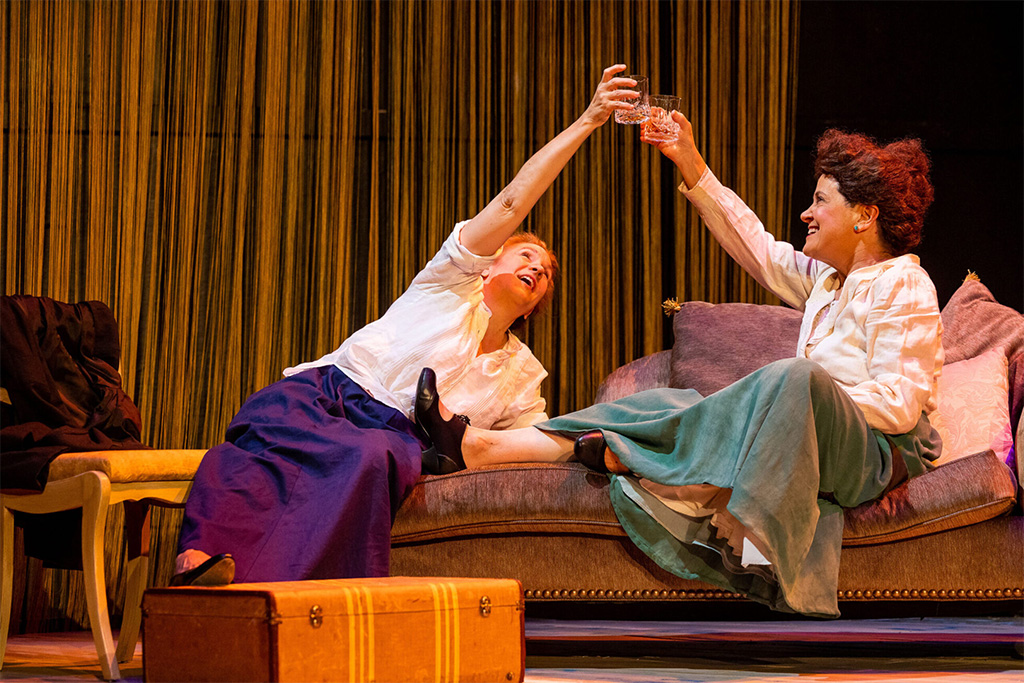 Debra Wise, right, in “The Half-Life of Marie Curie” by Lauren Gunderson last year at the Central Square Theater. Wise, resigning from the Underground Railway theater company, will direct a Gunderson play in September. With her is Lee Mikeska Gardner. (Photo: Nile Scott Studios)

The upcoming season at the Central Square Theater has been announced, continuing the theater’s focus on themes of science and diversity. The four-play season will be the first without co-founder Debra Wise as artistic director of the Underground Railway theater company, which shares the stage with the Nora theater company, who said diversity was a reason she was leaving.

Her decision grew out a virtual conference in 2020 at which hundreds of artists were trying “to figure out how American theater could, in response to the murder of George Floyd, catalyze positive change,” Wise said in a Monday email. “I realized I could step up by stepping down, helping facilitate a more diverse [Central Square Theater] leadership team.”

Wise founded Underground Railway in 1978, naming it after an activist ideal and trying to live it. “In 1984, to understand the sanctuary movement, we joined a caravan of Central American refugees (“Sanctuary: The Spirit of Harriet Tubman”). In 1989, we allied ourselves with homeless people (“Home Is Where”). In 1992, we collaborated with indigenous artists to deconstruct the quincentennial of Christopher Columbus’ “discovery” (“The Christopher Columbus Follies”). In 1994, we interviewed environmental justice activists from Albuquerque to New Orleans (“InTOXICating”),” Wise recalled in the email. Wise, who is white, said now “is the right time to seed new possibilities.”

The theater, which opened in 2008, brought together two Cambridge-founded, roving companies with MIT, owner of the 450 Massachusetts Ave. property, for an $8 million renovation. A fourth player was the Catalyst [email protected], created to be at the intersection of science and the arts, which will produce the upcoming season’s first production.

Lee Mikeska Gardner remains artistic director at the Nora, and Catherine Carr Kelly remains executive director. Wise is “glad to continue as part of Central Square Theater for at least one more season” as program director for Catalyst – “our science theater work has been a particular passion,” she said – and will direct its show for the season as a contributing artist.

“Ada and the Engine” by Lauren Gunderson, directed by Wise, running from Sept. 22 to Oct. 23 as a production of the Catalyst [email protected] The play is set in 1830, during Britain’s industrial revolution, with 17-year-old Ada Byron Lovelace – author of the first computer program and daughter of Lord Byron – beginning a tempestuous collaboration with Charles Babbage, salon host and inventor of the first mechanical computer. Theater Mirror reviewer Jamie Wilkinson was unimpressed last season with Gunderson’s “The Half-Life of Marie Curie,” which starred Wise but was directed by Bryn Boice. This production has been in the works since at least early 2020, including a reproduction of Babbage’s computer by prop maker Dick Rubinstein.

“The Chinese Lady” by Lloyd Suh, running Nov. 10 to Dec. 12. Suh’s play is set in 1834 as 14-year-old Afong Moy arrives in New York Harbor from Guangzhou Province and is put on display for the public as “The Chinese Lady.” She spends the greater part of two decades thinking of herself an an ambassador to life in her native China before disappearing in 1850 from the public eye. “I had to reckon with why she was forgotten,” Suh told Stage Right Secrets. “Many of the reasons for her abandonment are very much still with us.” Books and articles have been exploring Moy’s story recently; Suh’s play was commissioned by the Ma-Yi Theater Co., which premiered it at the St. Germain Stage in Pittsfield in 2018, where it recently ended another run.

“Alma” by Benjamin Benne, running Feb. 23 to March 26. This lone contemporary play of the season – it’s set in 2016 – asks who the American Dream belongs to by presenting the story of the undocumented Alma and her American-born daughter, Angel, who once shared wishes for perfect SAT scores that would earn her a spot at the University of California, Davis. As Angel is 17 and on the eve of that test, the election of Donald Trump as president casts a different light on Angel’s plans. The night on which the play unfolds “certainly felt like an amplified moment with Trump in office, but the fact is, it wasn’t good before and it certainly hasn’t been good after,” Benne told the Los Angeles Times in March.

“Angels in America: A Gay Fantasia on National Themes – Part 1: Millennium Approaches” by Tony Kushner, directed by Eric Tucker, running April 20 to May 21 as a co-production with Bedlam. Bedlam artistic director Tucker has a signature, pared-down approach to casting and staging, and already this is half of Kushner’s epic vision of life in Ronald Reagan’s America (and beyond) during the mid-1980s, as the AIDS crisis rages. Kushner’s work won a Pulitzer and Tony Award for Best Play, though, and it’s hard to go wrong with Bedlam; Tucker’s “My Fair Lady” was a highlight of 2019, according to Theater Mirror’s Mike Hoban, and Wilkinson found Tucker’s “The Crucible” later that year to be “a very fine production with some dizzying highs.”

The Central Square Theater Gala set to be held Thursday at University Park Commons will honor Wise as well as Natalie Kuldell, founder and executive director of The BioBuilder Educational Foundation. Information is here.