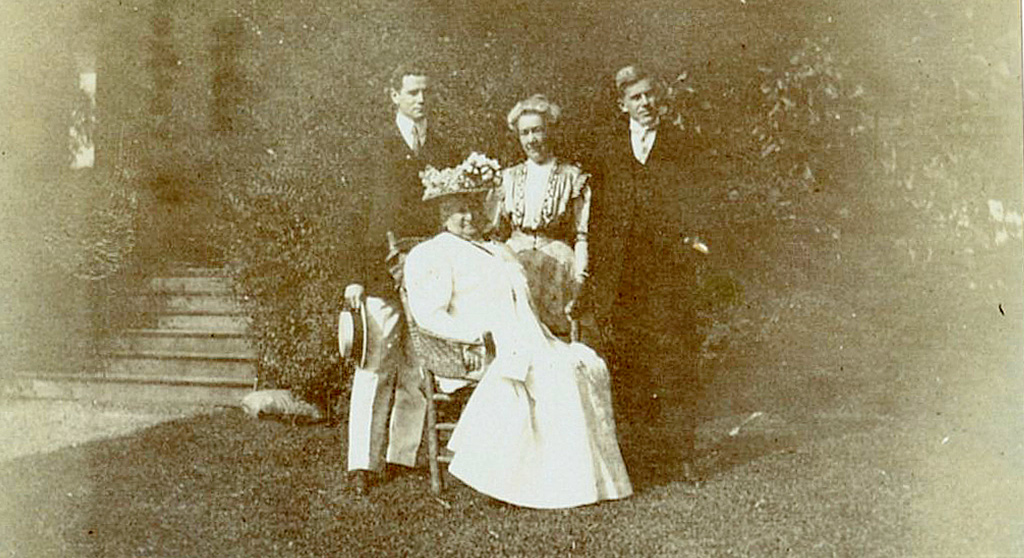 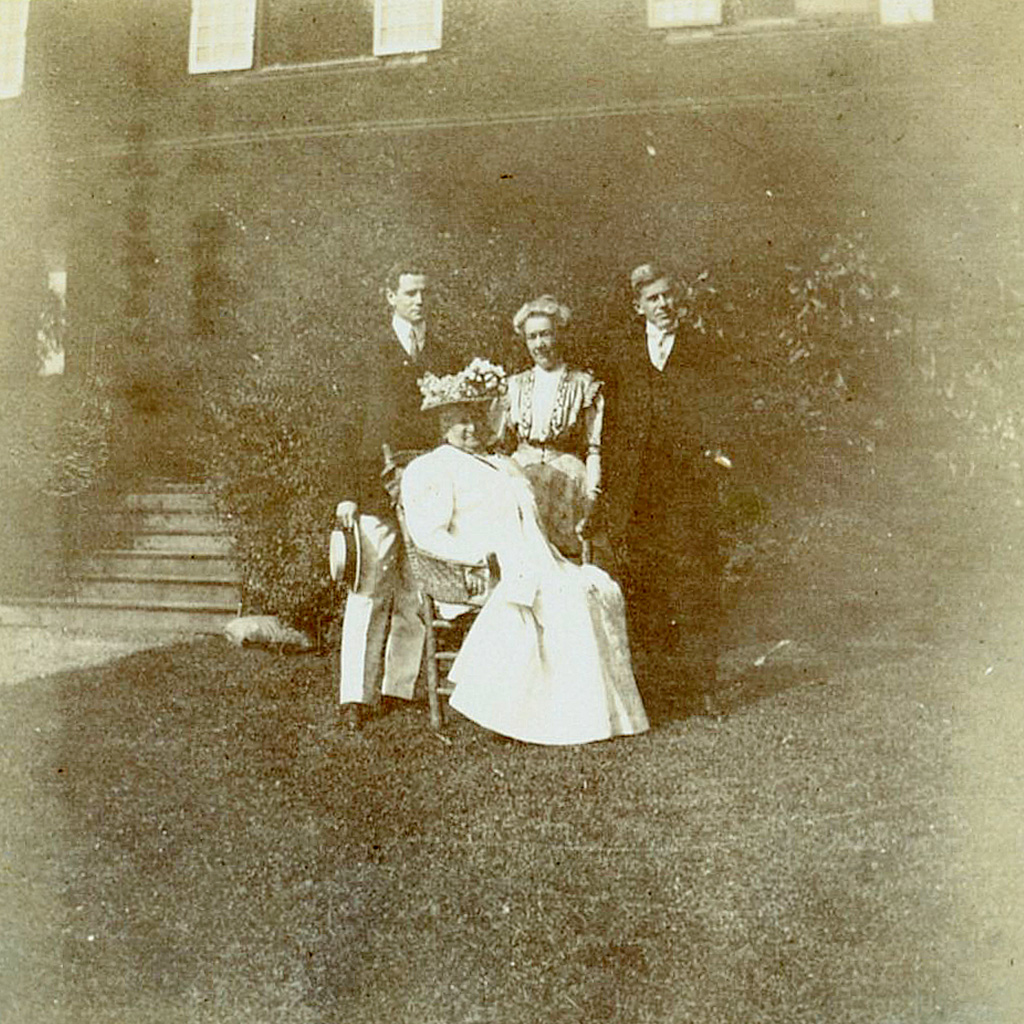 Henry Wadsworth Longfellow and George Washington were just two of the many people who called 105 Brattle St., West Cambridge, home over the years since its construction in 1759. The lives of various inhabitants represent a wide range of stories. They include stories of enslavement and emancipation, stories of success and defeat, stories of love and loss. The loves and losses are by no means limited to heterosexual ones; at least three generations of queer people lived at 105 Brattle St. and left records of their existence. Read on for some of their stories.

Samuel Longfellow was the poet Henry Wadsworth Longfellow’s brother. Younger than Henry by 10 years, Sam moved to Cambridge in the 1830s to study at Harvard College. He became a reverend and was active in the abolition and women’s suffrage movements. He wrote in his journal about having feelings for fellow students, including William Winter, William Tiffany and Samuel Johnson.

Johnson became one of the most important people in Longfellow’s life. They met in 1842 when Johnson was giving a speech in Harvard Yard. Longfellow immediately found himself captivated by the eloquent speaker and was delighted to learn that they were going to be classmates in their first year at Harvard Divinity School. For the rest of Johnson’s life, the two were inseparable, except for the periods in which their careers forced them to live in different cities.

During these times, they were devoted correspondents, confiding everything in each other and calling each other “Damon” and “Pythias” after the figures from ancient Greek literature. Even their friends commented on how strong their bond was, with Joseph May writing in 1894 that “no experience was passed over unnoted, no emotion was unshared between these two friends. They found in each other something of that support and comfort which they were not seeking in the marriage state.”

Alice Longfellow, the daughter of Henry and Fanny Longfellow, was born at 105 Brattle St. in 1850 and lived in the house until her death in 1928. She never married and is reported to have been very clear that it was a choice. She was involved in the founding of the Harvard Annex (later Radcliffe College) and an active philanthropist and preservationist.

She did write at least once in her journal as a teenager about finding a young man attractive, but the longest-lasting and most important relationship in her life was with a woman named Fanny Stone. They traveled together on a family summer vacation to Nahant in 1875, when they were both in their early 20s. They continued to travel together well into the 20th century, spending more than 40 years in each other’s company. Henry Longfellow mentions Stone’s presence in the house in letters to his daughters Edith and Annie Allegra.

Alice Longfellow and Fanny Stone had a deep, intimate companionship. They visited and wrote to one another frequently. In one letter from 1884, Stone recounts losing a bracelet given to her by Alice Longfellow: “I was more distressed than you can understand unless you have worn such a thing. I felt like a widow … I miss you in missing it, for it has contained the comfort that I think a wedding ring must contain. I was always conscious of it.” While it is difficult to precisely label Alice Longfellow’s identity, her longtime partnership and emotional intimacy with another woman has led researchers to place her under the queer umbrella.

One of the poet’s grandchildren, Henry Wadsworth Longfellow Dana (Harry for short), was the last family member to live in the house. He was extremely close to his Aunt Alice; she took him to Italy as a child, and there are many letters back and forth between the two. Dana was a scholar of Russian literature, a social activist and a preservationist.

Dana moved into the house to help care for Alice Longfellow in 1917, staying until her death. In addition to looking after the house and his aunt, he took on the role of family archivist. In addition to preserving the papers of his immediate and extended families, he was very careful to preserve many of his own papers, including letters he received. Those letters give us the clearest indicator of his sexuality.

While a student at Harvard, he met and became very close to a fellow student named Karl. In 1904 Karl wrote to ask Dana to be “always delightfully and affectionately within reach.” The next year, in the summer of 1905, the two traveled to Italy together. Karl wrote to Dana several months after that trip, “I have never quite recovered from the bounding dissipation of last summer … the work, the exhilaration, the exquisite delights, the romance, the strain … I look forward with great need and hope to your return, dear Harry, and to our coming together in more ways than it is easy to say. I need you more than ever before, and I want you more than ever.” After Karl’s marriage in 1910, the dynamic of their relationship shifted, but they remained in each other’s lives for a long time.

Longfellow House Washington’s Headquarters National Historic Site is fortunate to steward more than 250 years of American history. Over the century that Longfellows lived in the house there was a strong queer presence, much of which was documented and preserved for us to study today. It is important to remember that the tapestry of queer history contains many threads. There are stories of heartache, pain and isolation, but also stories of joy, connection and community. Above all, queer history is American history.

Katie Potter is in her sixth season as a ranger at Longfellow House-Washington’s Headquarters National Historic Site.