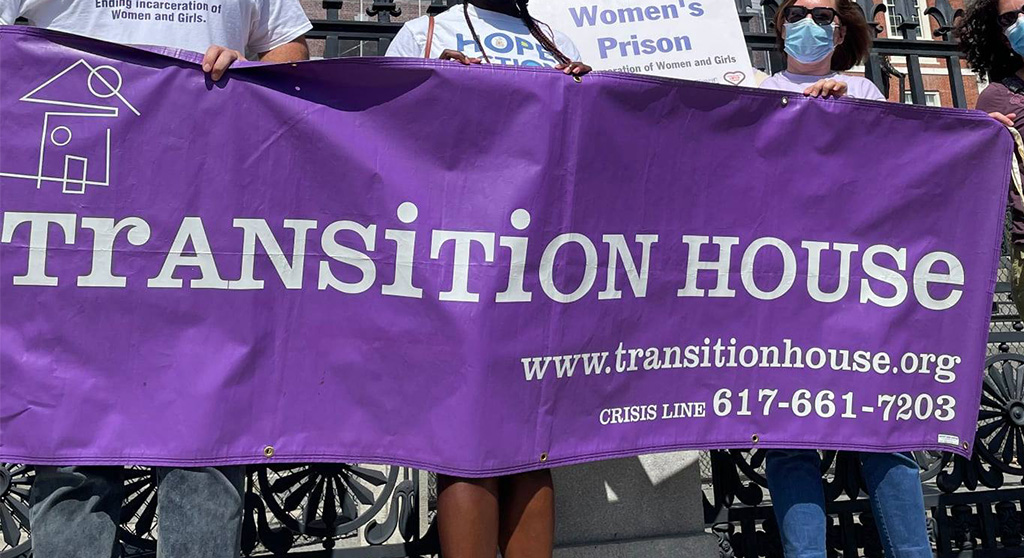 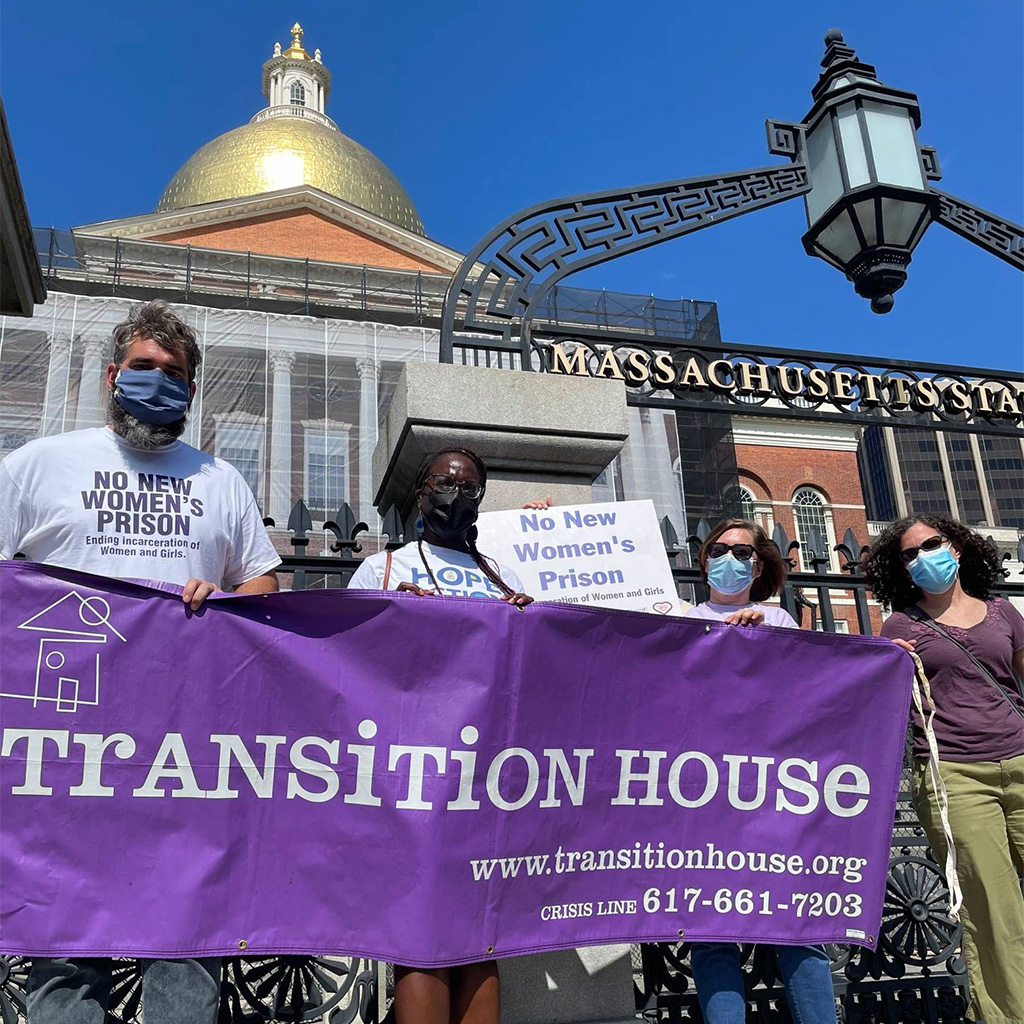 Transition House, at the State House in September for one cause, is now relying on state legislators for another: aid making up for federal cuts. State Rep. Mike Connolly is at left. (Photo: Transition House via Facebook)

Trump-era funding decisions have contributed to a dramatic drop in aid available through the Cambridge domestic violence shelter Transition House, the nonprofit said in an email Monday. The shelter had to cut back its services July 1.

“Our government funding has been reduced by 25 percent” and direct support to survivors had to be cut in half starting in July, executive director Sarah Gyorog said in the email – a drop partially undone through the work of state legislators that was announced Monday, though not without a lag of weeks or months in which domestic violence survivors will suffer.

The drop in funds, which is being fixed under the Biden administration but won’t help during the current fiscal year, has had immediate effects. Legal help for domestic violence survivors and for therapy for children has been cut, Gyorog said Monday by phone. Public outreach and training meant to prevent domestic violence from continuing has been canceled outright to prioritize more immediate help to clients, she said.

“We have a staff meeting tomorrow where we will talk about the restrictions on helping the people who rely on us,” Gyorog said.

While navigating the Covid crisis took a toll on finances, the biggest pain point noted in the email was a cut to federal Victims of Crime Act funding. One factor explained by experts: A drop in prosecutions of corporate crime during the Trump administration, which meant less issuing of fines that fund the act and go to domestic violence shelters. Cambridge-based Undark magazine reported on the changes in 2018.

Bridge funding of $60 million from the state would make up for the loss of federal funding; the bill it’s in has been approved by the House but not the Senate. Two-thirds of that money remains in a conference committee as the legislative session runs out of time, while $20 million was approved Sunday, Transition House was told.

Transition House pleaded in the email for direct donations, and for residents to call their legislators to urge passage of the Victims of Crime Act bridge money that would bring the nonprofit back to level funding. One legislator who needs no urging is state Rep. Marjorie Decker, who has “been a huge advocate in getting the funding to this point,” Gyorog said. “She has worked on it every day.”