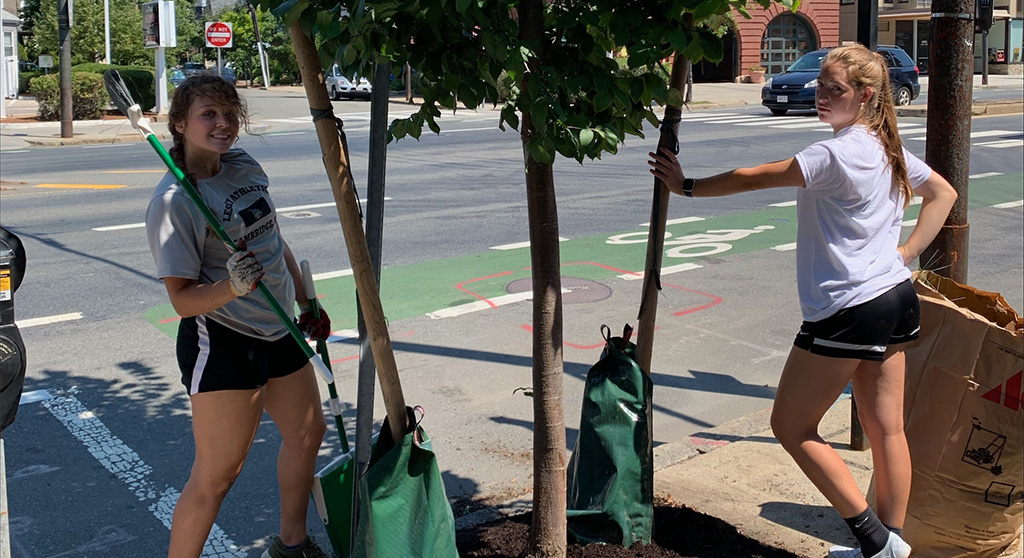 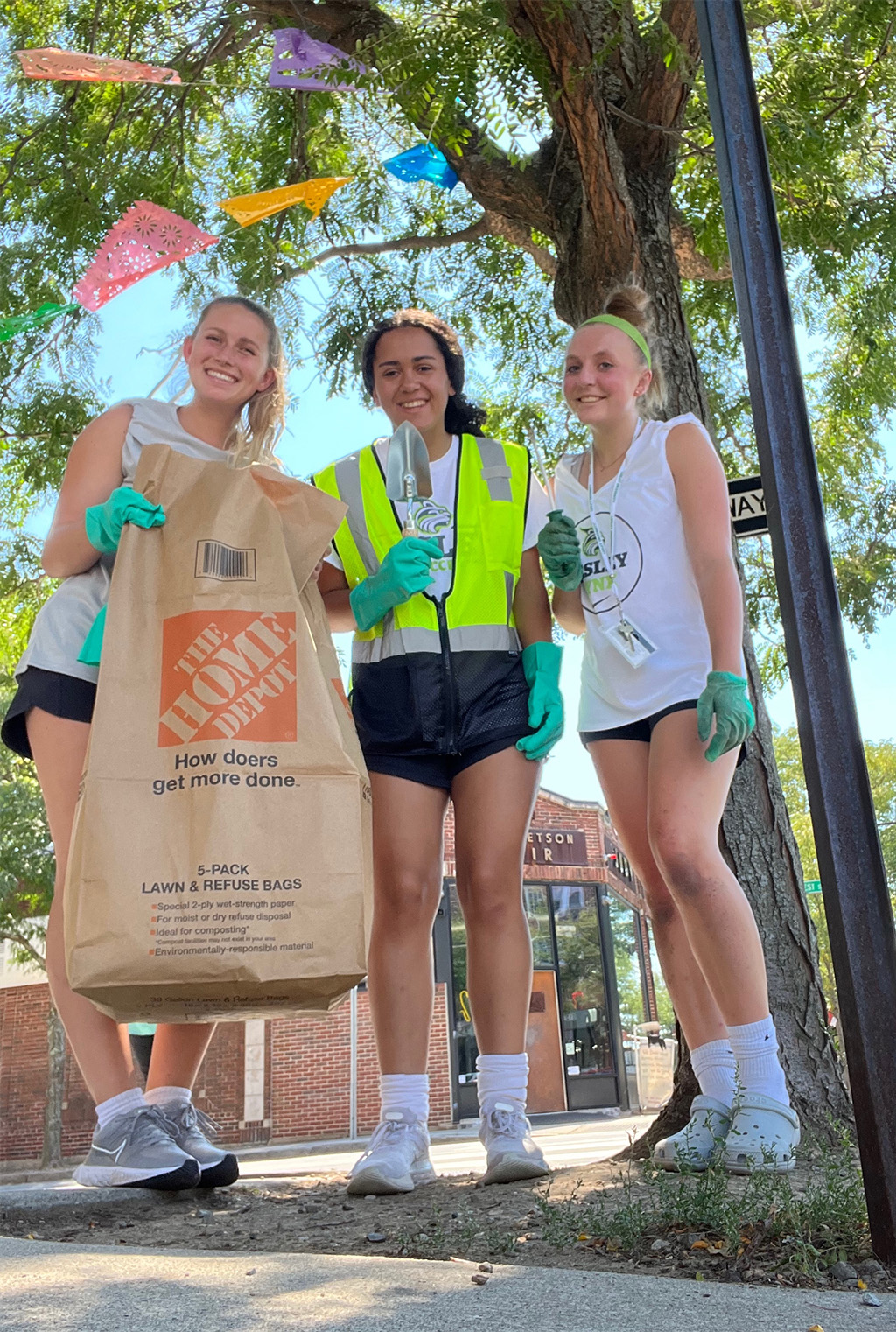 It was near 90 degrees and blistering Saturday when a hodgepodge volunteer crew of nearly 50 set to work cleaning up the Porter Square T Station plaza as well as the stretch of Massachusetts Avenue north and south of it. “I think this is our tenth year,” said organizer Ruth Ryals, head of the Porter Square Neighbors Association.

Over the course of four midday hours the rotating team picked up trash, weeded sidewalks and did other basic beautification at the Porter Square Shopping Center, the storefronts opposite it and the Lesley building and sidewalks down toward the intersection with Linnaean Street. Given the heat, Ryals said, “I’m super impressed.” Half the volunteers were the returning Lesley women’s soccer team. “Normally Harvard joins us too, but they’re not back yet.”

Fresh fruit, cases of water, brown landfill compost bags, brooms and weeding tools were supplied to volunteers, many of who wore safety vests as they toiled.

Ryals, who ran the check-in and handout station on the MBTA plaza, thanked the Department of Public Works for trash removal and power washing; Star Market in the Porter Square Shopping Center for the water; Lesley, or “the young people anxious to give back,” as Ryals referred to them; Junior’s Automotive & Gas and volunteer Jim Cornie, who not only delivered tools to the plaza but continued to weed and mulch after the event ended; and the office of state Rep. Marjorie Decker. 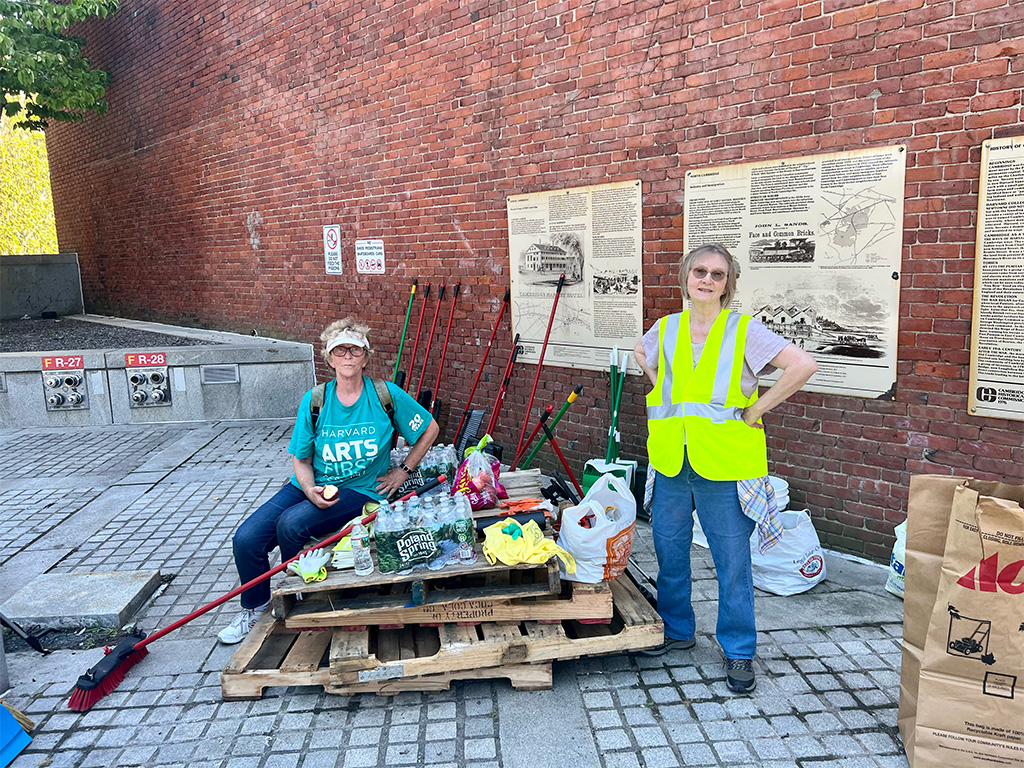 While Lesley has several community service initiatives, the effort was a direct coordination between Ryals and Lesley soccer coach Paul Vasconcelos. “Our Lesley University women’s soccer team has been participating in the Porter Square/Mass Ave cleanup for the last few years. It’s something our student athletes look forward to every year and a great way for them to get acclimated, as they are from all over the country,” Vasconcelos said in an email.

Several volunteers expressed satisfaction in the before and after of claiming a tree basin or stretch of sidewalk, taking trowel to root and ridding the area of unsightly crabgrass. Many also thought it would be great if the MBTA, Lesley and area storefront owners followed by watering and beautification measures such as planters.