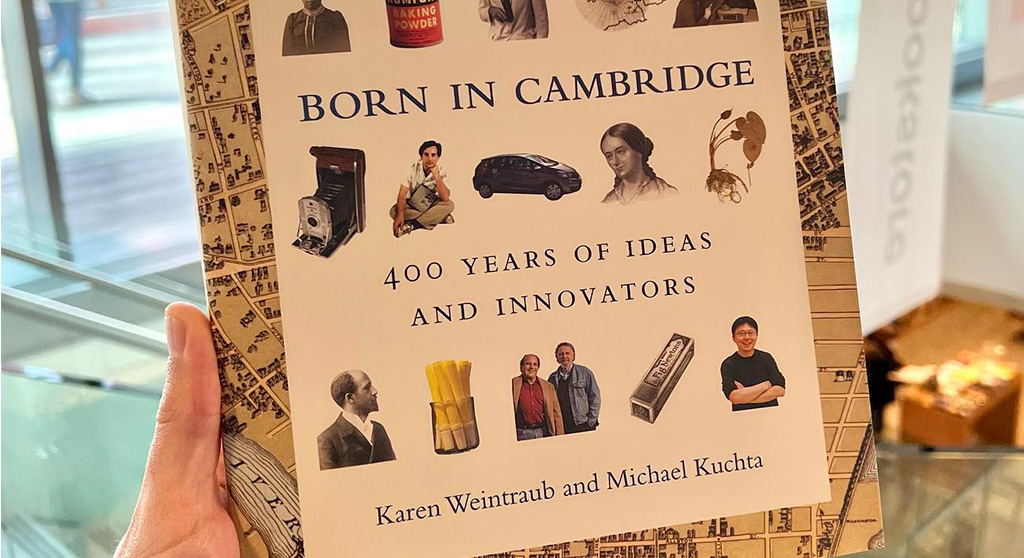 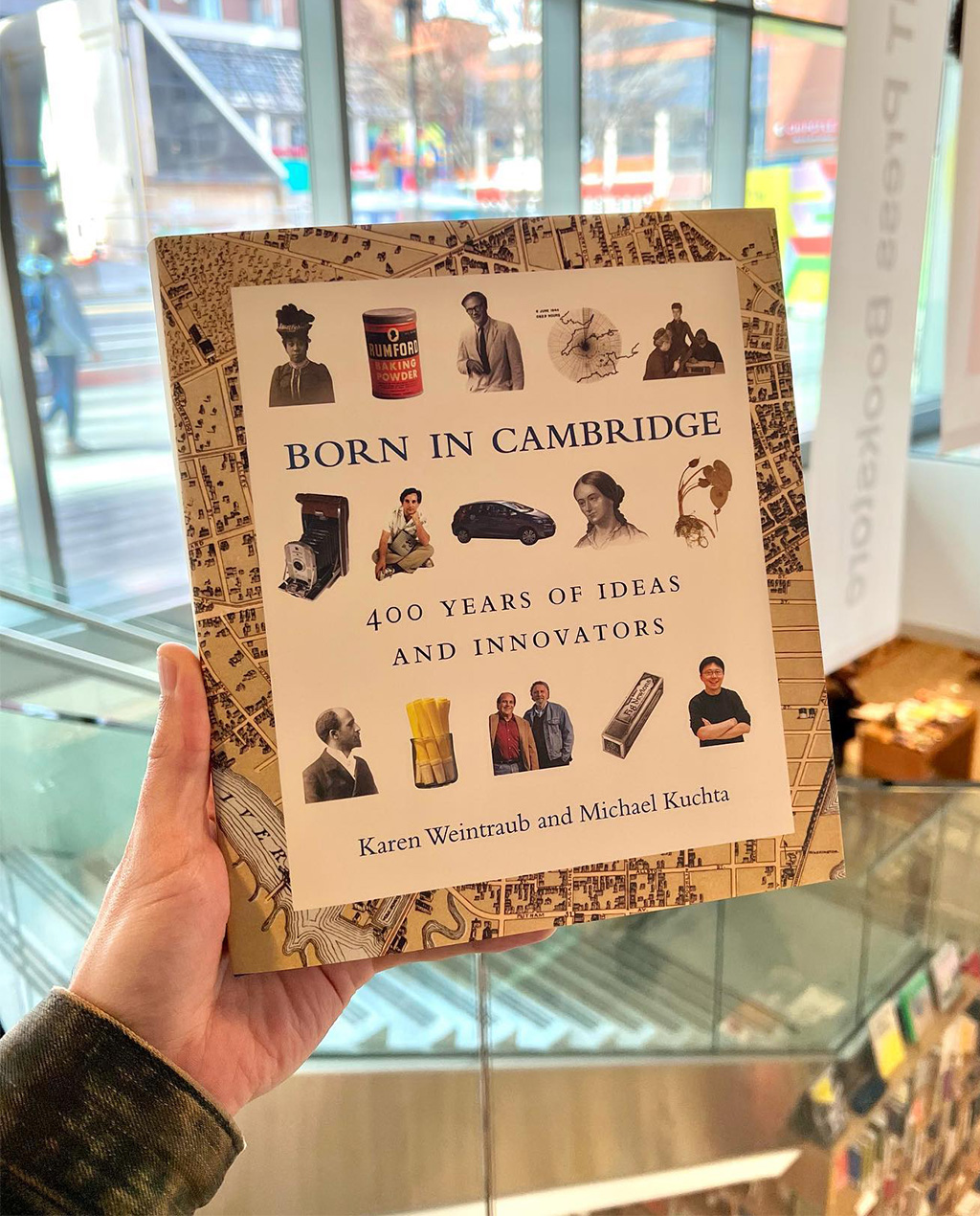 “Born in Cambridge” by Karen Weintraub and Michael Kuchta was published in May. (Image: MIT Press via Facebook)

In their new book, “Born in Cambridge: 400 Years of Ideas and Innovators,” Karen Weintraub and Michael Kuchta argue that “the story of Cambridge reflects the story of America … Major events and trends that affected the nation left fingerprints here, too.” How the city and its residents react to those forces, though, makes for a compelling story of invention, reinvention and adaptation spanning four centuries. On Sept. 17, History Cambridge plans a guided tour in which Karen and Kuchta explore some of the people, places and events featured in their book and discuss how this small city became a thriving center for creativity in many sectors.

“Born in Cambridge,” published by the MIT Press, takes a thematic rather than a strictly chronological approach to the history of ideas and innovation in Cambridge, with Weintraub and Kuchta grouping subjects into topics of writing and publishing; social reform; industry; scientific research; wartime production; digital innovation; frontiers in biology; and popular culture. Each chapter highlights people, institutions and concepts moving that sector forward significantly. In deciding what to feature, the authors said, they implemented some fairly strict criteria: Each topic had to have a serious claim to Cambridge as its starting place; it had to resonate beyond the narrow confines of a particular discipline and beyond the geographical scope of the area; it had to be a development with impact already widely established (as opposed to the many new and promising ideas and inventions in process); and, most importantly, it had to be engaging to audiences of many different backgrounds. Weintraub and Kuchta recognize that their selections will result in perceived omissions, but as generalists – Weintraub is a journalist and Kuchta is an architect – they argue that the book’s constellation of ideas and innovators represents a diverse cross-section of the city’s history.

What is it about Cambridge that has made it such a significant incubator for creativity in so many areas? What, the authors ask, are the ingredients in Cambridge’s “secret sauce”? In determining the factors enabling a city with a population never exceeding 125,000 to flourish and adapt to changes over 400 years, Weintraub and Kuchta cite a number of characteristics, beginning with Cambridge’s rich history as a center of higher learning. Although they are careful to look well beyond the walls of Harvard and the Massachusetts Institute of Technology for subject matter, they argue that the overall environment of education and exploration that has been present in Cambridge since the founding of Harvard in 1636 has imbued the city and its residents with a broader sense of curiosity that has served it well in many sectors.

The density and diversity of population has also helped Cambridge to prosper; when those at the forefront of research, the arts and business live in such close proximity that they run into one another frequently, creative collaboration can occur at any moment. As a magnet for thinkers from around the globe, the range of backgrounds and experiences that Cambridge residents bring to these interactions adds to their richness. Other key ingredients include access to venture capital and other forms of funding, a commitment to the common good, a diversified economic base and visionary leadership. Taken together, these factors have created a “perfect storm” that has allowed Cambridge to reinvent itself continually, adapt to change and create contributions that have enriched the wider world.

To learn more about the city’s rich history of ideas and innovation, join History Cambridge, Weintraub and Kuchta on Sept. 17 for a guided tour of the Cambridgeport neighborhood. More information and a link to register is here.