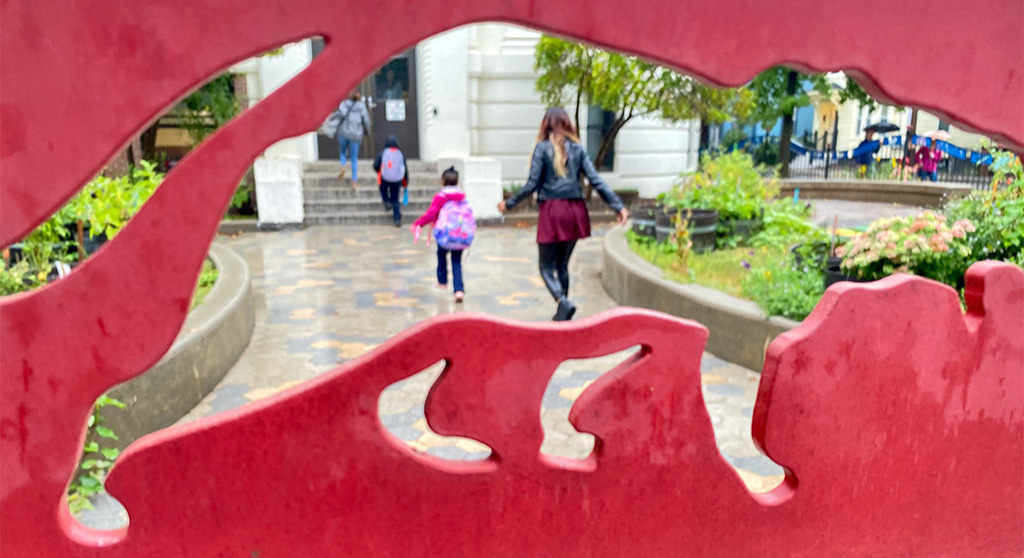 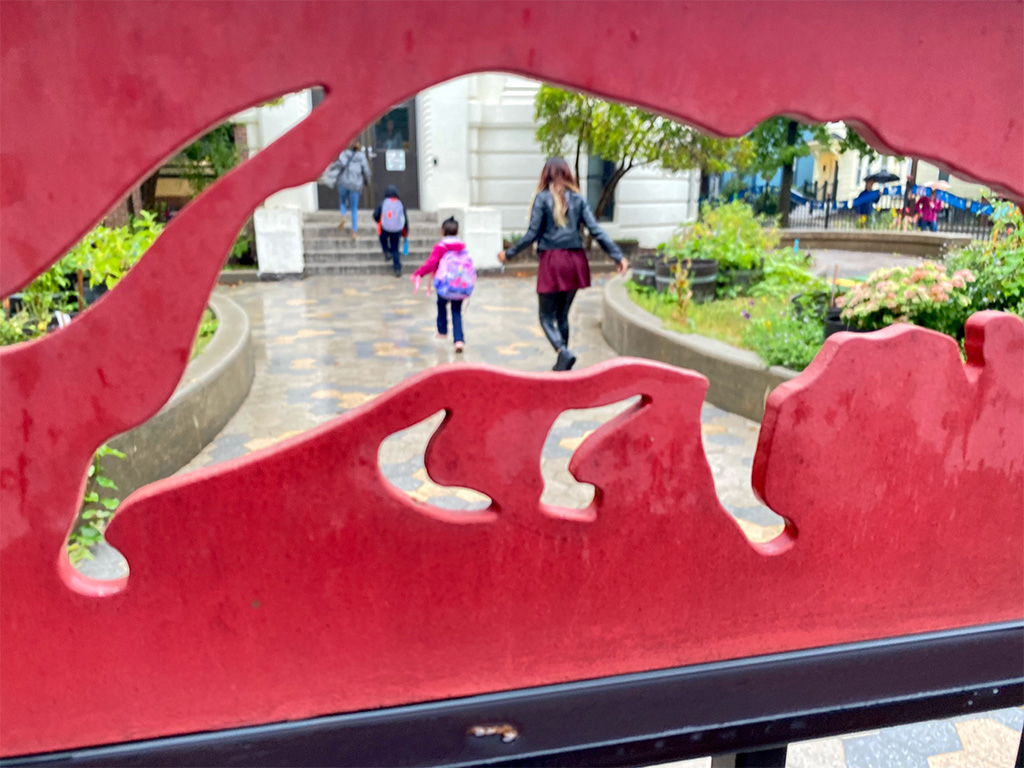 The Fletcher Maynard Academy in The Port sees stragglers arrived Tuesday to the first day of the school year. (Photo: Marc Levy)

The district has roughly 6,700 students registered, Greer said in a brief interview outside the academy, noting that enrollment typically increases over the next several weeks as international students arrive and some families return from summers spent in other countries.

Overall enrollment in the district is down roughly 700 to 800 students from before the pandemic, with the decrease distributed fairly evenly throughout the district but most evident in elementary and kindergarten classes, Greer said. State figures say CPS enrollment peaked in the pre-pandemic 2019-2020 school year with 7,091 students, and the most recent official data had 6,612 students enrolled in 2021-2022, down 479 students.

Using those Department of Elementary and Secondary Education figures – for a school year in which Greer arrived only midstream as an interim superintendent before a subsequent permanent appointment – enrollment in Cambridge dropped 7.2 percent, compared with Somerville’s drop of 5.7 percent; a 3.1 percent drop in Arlington; a 6.7 percent drop in Newton; and a 9.3 drop percent in Boston.

The district has loosened many of the restrictions put in place during the Covid-19 pandemic as the disease’s impact on the city has faded, as Greer outlined in an Aug. 23 presentation.

Masks – a flashpoint for many people during the pandemic – are now optional for students and staff, though they remain required in nurses’ offices and for those who return to school after a Covid infection (unless a rapid test is negative on Day Six after infection). Masks for children and adults are available in district buildings upon request.

Restrictions on meals and food at district-sponsored events are lifted, as are quarantine after close contact with an infected person and maintaining distance between students in classrooms. Field trips are allowed.

The district will offer Covid tests in schools only when symptoms appear, and only if a caregiver or student opts in.

Families and guests can enter district buildings if invited or for scheduled visits, with masks optional and vaccination recommended but not required – with the exception of volunteers participating in classroom activities.

The district has aligned with current federal Centers for Disease Control and Prevention guidelines on vaccination, including requiring vaccination for students 5 and older to participate in CPS-sponsored activities before or after school. District staff must be fully vaccinated and have their first booster, or have had a recent infection or get an exemption for religious or medical reasons. The district encourages staff to get subsequent boosters based on their individual eligibility 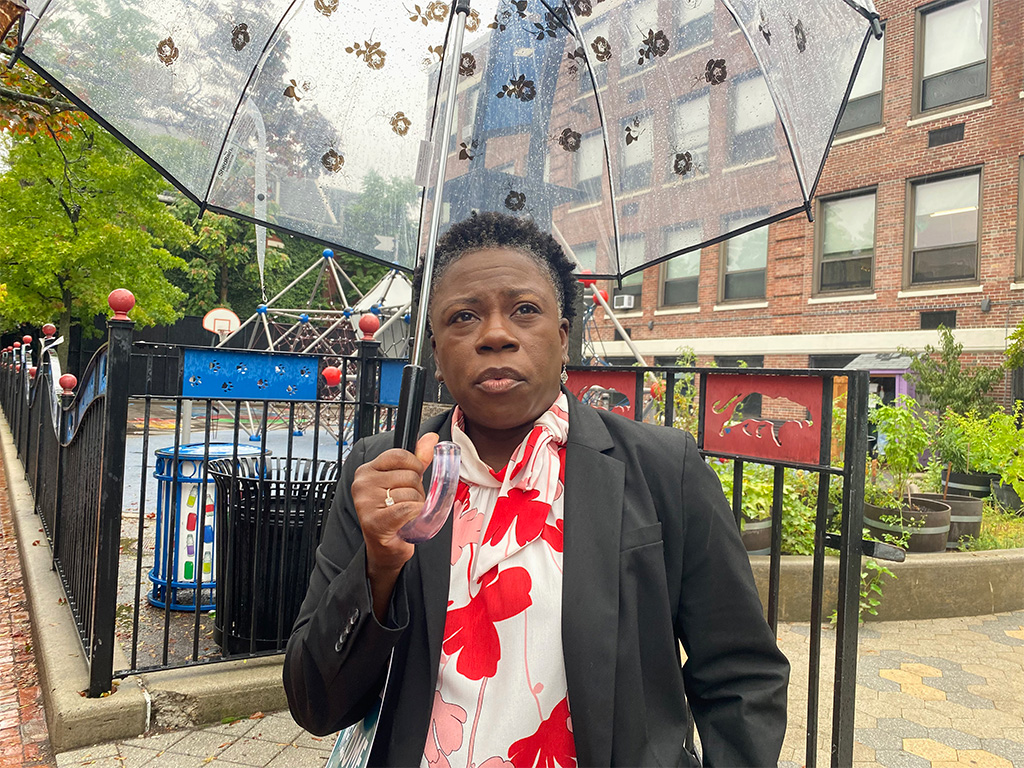 Changes at the administrative level are also underway.

“We actually have our four overarching goals and 12 initiatives that we’re going to be focusing on for the next three years, which is definitely putting us in a better place than we have been in previous years,” Greer said Tuesday, “because we have not really had a good road map to focus our efforts around teaching and learning and developing students socially and emotionally.”

Teachers will work with teams and groups in the schools to develop plans for the first time, Greer said, and “each department, including Human Resources and other operational departments will have department improvement plans that are aligned to our district plan. We actually have a lot of great things that we’re looking toward.”

A centralized platform called ParentSquare has been rolled out to communicate with families for district, school, classroom and activity groups. Students in grades six through 12 will access the system via StudentSquare.

The pandemic has made a shortage of educators an issue in many districts, including Cambridge.

“Because we are a full-choice district, we tend to try to keep our staffing remain the same. We very rarely ever cut staff midyear, unless there’s something truly egregious happening,” Greer said. “As of last week, as far as hiring was concerned, we had close to 90 percent of our teachers hired for our class positions.”

The district has had a long-standing goal of increasing educator and staff diversity. As the district completes its hiring for the school year, it will evaluate data on its new hires and gauge its progress, but Greer called the push for diversity very successful within district administration.

“I will say we are one of the most diverse executive leadership teams in the Massachusetts area, which we’re very proud of,” Greer said. “It is predominantly female and predominantly women of color.”