‘Tár’: Blanchett is the maestro offscreen and on, where her conductor composes a coming discord 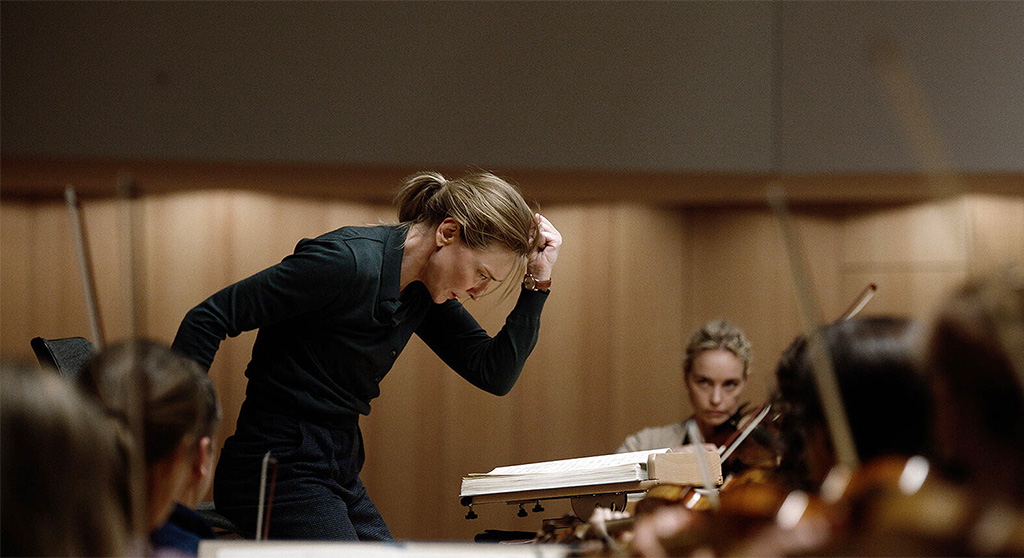 ‘Tár’: Blanchett is the maestro offscreen and on, where her conductor composes a coming discord

As an actor, Todd Field has had some interesting bit parts. In Stanley Kubrick’s swan song, “Eyes Wide Shut” (1999), he played the mealy piano player who hooked Tom Cruise up with the password to a high society orgy (a scene from Pier Paolo Pasolini’s “Salò” if orchestrated by Emily Post); earlier, he was a nebbishy partygoer in “Sleep With Me” (1994) who, trapped by a keg, has his ear bent by Quentin Tarantino ranting about the LGBTQ merits of “Top Gun” (1985, Tom Cruise again). Before the camera Field has never achieved Tom Cruise status, not even close, but behind the lens, he has quietly shown cinematic mastery that’s notable, perhaps even Kubrick-level notable. No one would confuse Field’s films with Kubrick’s, but like Kubrick, Field is very particular about the movies he makes. Kubrick in his storied career made only 13 features and one was not so great – that being his first, “Fear and Desire”(1953). Field has made just three, but an impressive three it is. His first two were adaptations of local authors’ novels: His 2001 debut, “In the Bedroom,” was based on Andre Dubus’ story “Killings”; “Little Children” (2006) morphed Tom Perrotta’s Belmont-set marriage drama into a slow burn of once-bonded souls’ sudden fractious parting. Now, some 15 years later, Field the filmmaker gives us “Tár,” a film that likely could not come into existence without its star, Cate Blanchett, who delivers a turn so bravura, lived-in and essential that it may just be the most defining performance of a highly accomplished career that to date already has notched two Oscars (“Blue Jasmine” and “The Aviator”).

Folks coming to see “Tár,” tagged as a drama about an internationally renowned conductor (Blanchett) caught up in a self-triggered scandal, might come in thinking Field’s latest is a biopic. It’s not – to begin with, I’m not aware of an internationally renowned female conductor, which in part is the film’s seeding; Blanchett’s Lydia Tár is a barrier breaker. Even more so, she’s a breaker of souls. She’s head of the Berlin Philharmonic and commandingly so as we embed with the maestro at the top of her game. The fact she is a she evidently had little consideration as to how she ascended, and she’s more cutthroat and conveniently aloof than any man or other human on screen. There’s a quick sojourn to Juilliard, where Tár lectures about the virtues of Bach, during which a self-proclaimed Bipoc pansexual student reveals that they’re not interested in the tunes of an old (dead, mind you) white guy who sired a bunch of illegitimate kids. Tár begins her response with her own self-label of being a “U-Haul lesbian,” and from there lights the student up for being narrow, a conformist of the moment, inert to exploring music for its emotional depth and instead, driven by social media chatter. The way Blanchett’s Tár delivers it, it’s an evisceration that would make a velociraptor blush and Freddie Kruger turn green. Later we learn that Tár, who is married to her orchestra’s lead violinist (a perfectly understated Nina Hoss) and has a daughter (Mila Bogojevic) to whom she is “father,” loves to play cruel boardroom games, though her shenanigans have aims beyond the semi-obvious schadenfreude; she pulls young apprentice female conductors (the most recent, serving as her assistant, played by a dutiful yet dour Noémie Merlant, from “Portrait of a Lady on Fire”) or aspiring performers (newcomer Sophie Kauer as the irrepressible new cellist invite) into her sphere, intimating success in return for loyalty and more. Just what that “more” actually is remains vague. There’s sexual tension, but never a tryst in Tár’s pied-à-terre, though enigmatic emails from a former protege keep popping up. What’s not murky is Tár’s crossing of lines, which are blurred to the viewer because Field inverts the prism with a high-achieving lesbian operating with the self-interested indemnity of an entitled elite, taking what she wants and balking at the woke.That will be the thing about “Tár” that many will come at – one way or the other – and rightly so.

Beyond Blanchett’s full-on effort (just give her the statue now) is Field’s meticulous orchestration of the narrative. Given the somber and staid nature of classical music and its milieu, there’s high tension in nearly every frame and a few scenes that achieve sheer terror, be it Tár jogging though a verdant park when she hears a woman wailing in panic somewhere in the deep woods or, in a moment of hopeful lust, when she follows that young cellist into an abandoned building that feels like we just rolled onto the set of a serial-killer flick. Back to her Juilliard speech, Tár tells the class there’s a correlation between a human’s intelligence and their sensitivity to sound, something Field plays with adroitly throughout the film. Tár wakes in the middle of the night to the sounds of a muffled metronome coming from an unlikely location, or a faint alarm or cellphone ringtone from an apartment above. Blanchett’s face connotes both annoyance and wonder as Tár drinks in the sounds and ponders them as if tasting wine at a fine restaurant. In one case, she rushes to her piano to tap out aping notes as if trying to communicate with the entity behind the sound, the way scientists did with ETs in “Close Encounters of the Third Kind” (1977).

How the curtain comes down on “Tár” isn’t quite the grand crescendo you might suspect, but a basso rumble that fills your chest, one that lingers, fading in and out, rising and falling, poking at your conscience and taking on new meaning.