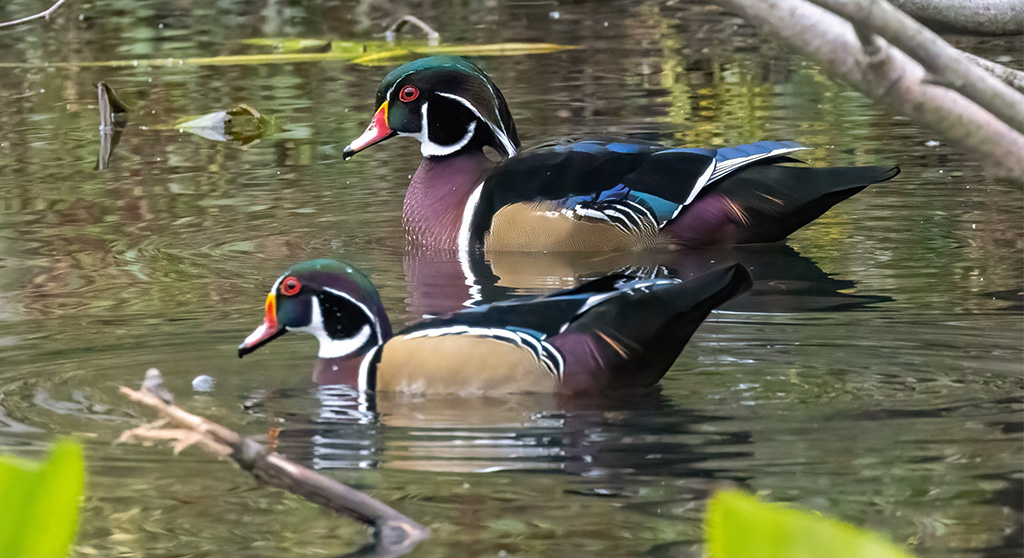 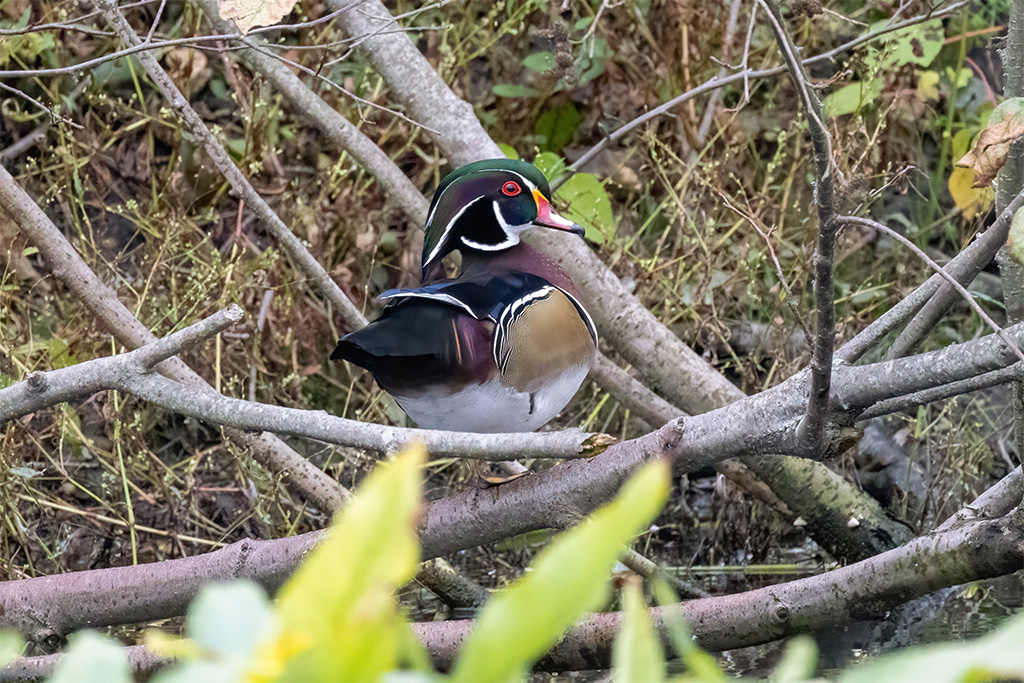 The wood duck is among the most colorful and beautiful of waterfowl, and we are lucky to have them – they are found only in North America, despite early New England settlers clearing land by removing the tree cavities in which wood ducks nest and commercial hunters in the 1800s, as they did to many birds, driving them almost to extinction. These resilient birds made a comeback after state and federal laws were passed protecting migratory birds in the early 1900s, though even with these laws the lack of nesting areas are a threat. The old-growth forests were gone and not returning anytime soon.

In the 1950s, conservationists began a statewide program in which many Massachusetts wildlife refuges installed nest boxes for wood ducks. This work helped wood duck populations rebound, but then the use of pesticides such as DDT killed insects that the young ducks ate, and the population declined again until legislators banned its use in the 1970s. Today, mature forests, controlled hunting and increasing beaver populations, who create favorable nesting habitat, are helping wood duck populations rebound. There are now more than 4.6 million wood ducks in the United States – though they still face many threats, including climate change, urbanization and the declining numbers of insects. Hunters shoot more mallards than any other duck, but wood ducks are a close second. 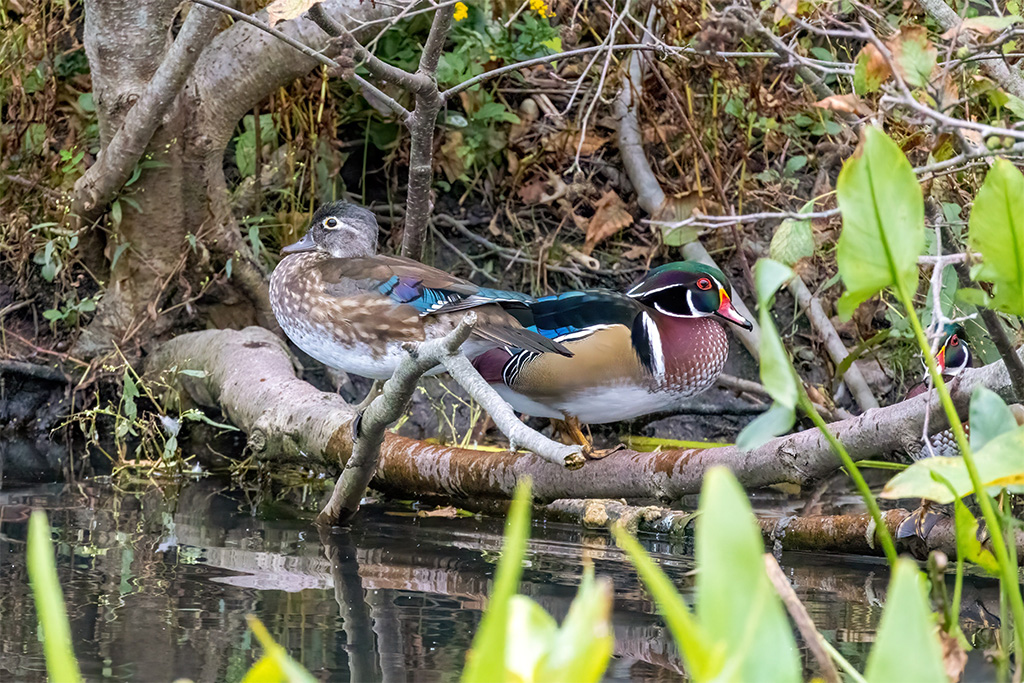 Female wood ducks have light brown feathers with dark blue on the wings and a yellow ring around the eye; males are colorful birds with an iridescent green head, red eyes and some red on the bill. (Photos: Richard George)

Some wood ducks live in Massachusetts year-round, but most migrate south. Some begin leaving our area in August; many stay at least until October. If a winter is mild, greater numbers will stay until spring. In warmer climates, most female wood ducks breed when they are a year old, but in colder climates such as our Massachusetts climate, slightly more than half of females wait to breed until they are 2 years old. It is believed that females need to conserve their energy to survive the colder weather, and therefore delay breeding. Most wood ducks overwinter in woody swamps from the Carolinas to Florida. 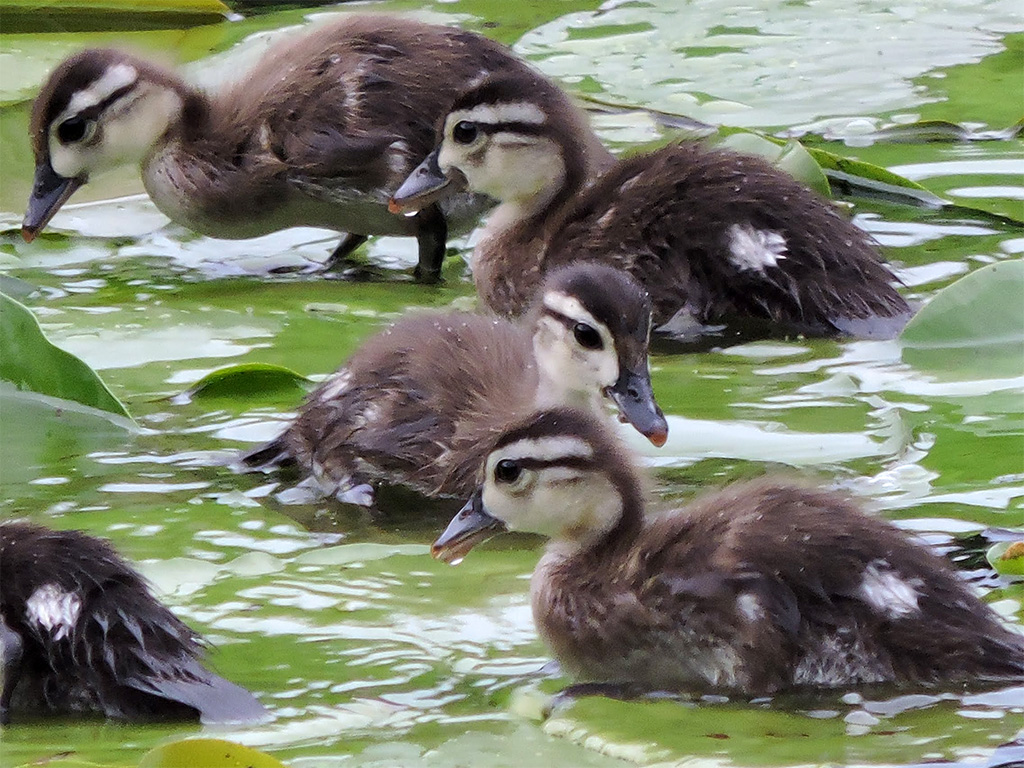 Wood ducks forage on insects when they are young; as they age, their diet features more plant matter. (Photo: Ann Schlesinger)

Wood ducks begin pairing up in January and are already partnered when they arrive in our region in spring. They cannot excavate their own nests, so they breed in cavities in trees or in nest boxes preferably near or over water. The female wood duck lays up to a dozen eggs. If she cannot find a good nest cavity, she may do it in the nest of another wood duck! Because of this egg dumping, it is not unusual for a female to hatch 24 or more ducklings.

The morning after they hatch, baby wood ducks climb or jump into the water, where they paddle near their mother. They are especially vulnerable at this age, and many are taken by predators such as snapping turtles or other birds. The average number of youngsters in a Massachusetts wood duck family at birth is 12.5 ducklings; two months later, when the wood ducks are ready to fly on their own, the average number of youngsters is only 5.8 ducklings. 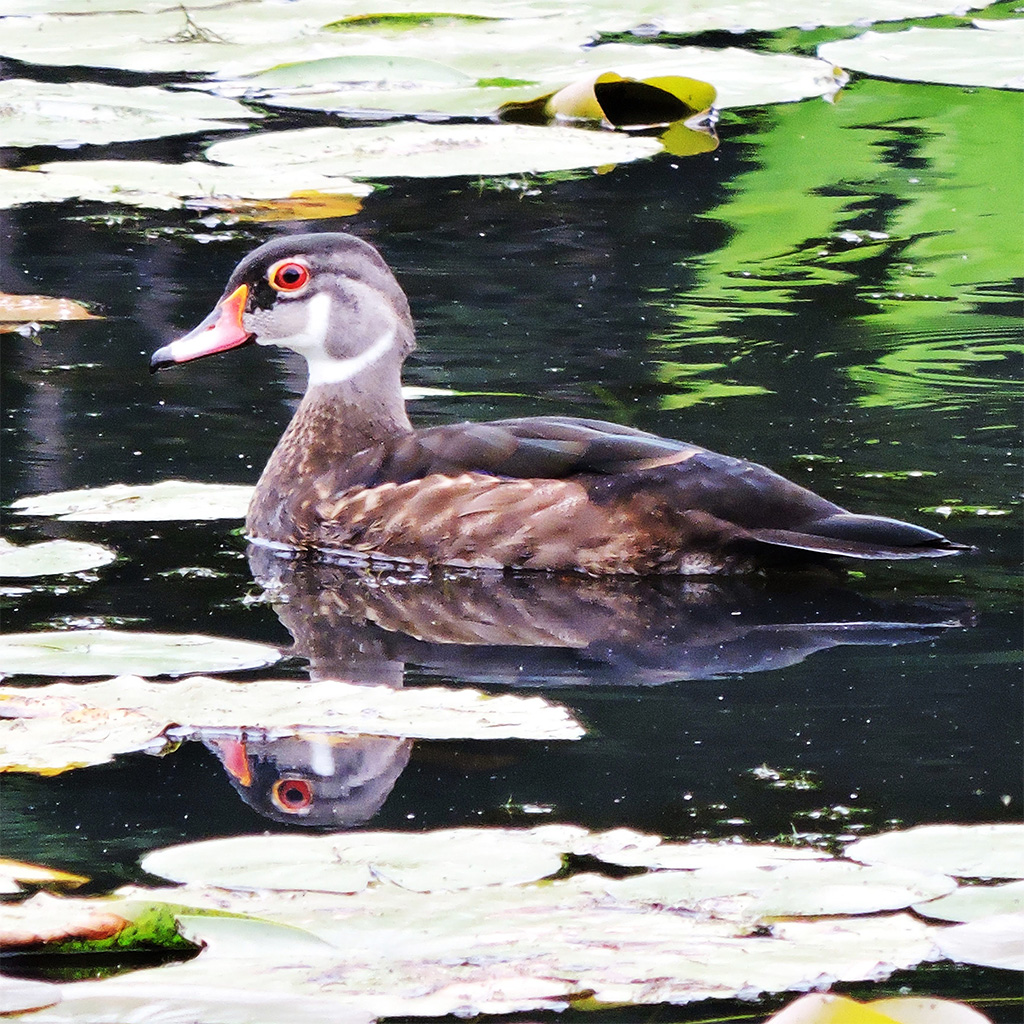 The young ducklings feed on insects in the water, switching gradually to plants as they grow feathers and require less protein in their diet. Wood ducks dabble, not dive: They upend themselves in the water when looking for food. They eat seeds, plants, insects and crustaceans, among other foods. They even eat land-based food, such as acorns or grains, blackberries or wild cherries.

During the Dust Bowl era, drought conditions threatened our nation’s wetlands, and duck populations declined precipitously. So, in 1934, Congress passed the Migratory Bird Hunting and Conservation Stamp Act, known as the Duck Stamp Act. To hunt ducks, hunters had to buy a federal stamp (now $25). The government spent this money to conserve wetlands across the United States. Since they have been printed, ducks stamps have generated more than $1.1 billion to buy or lease land for the National Wildlife Refuge System and been responsible for the conservation of more than 6 million acres of wetlands in the United States. There is also a Massachusetts state duck stamp, which costs $5. The federal stamp provides free admission to national wildlife refuges that have an entrance fee. For this reason, many birders, photographers and conservationists buy them too. There are 11 such national wildlife refuges in Massachusetts, the closest being Great Meadows in Concord and Sudbury. 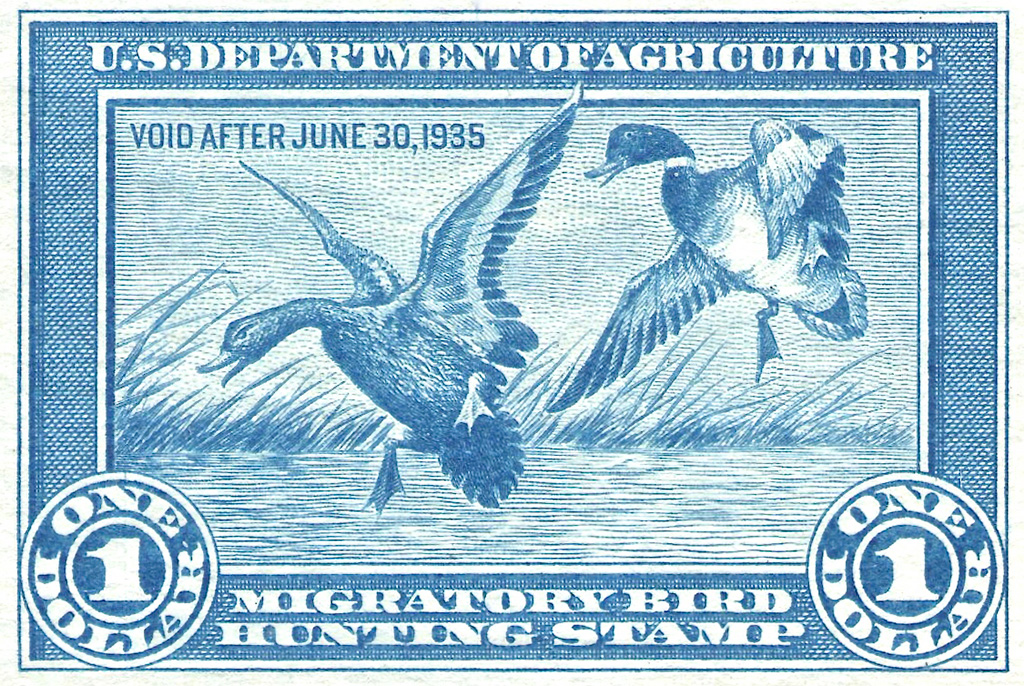 Mourning doves have a mortality rate to cry over, but survive better than passenger pigeon cousins