Harvest Co-op back in business in Central Square 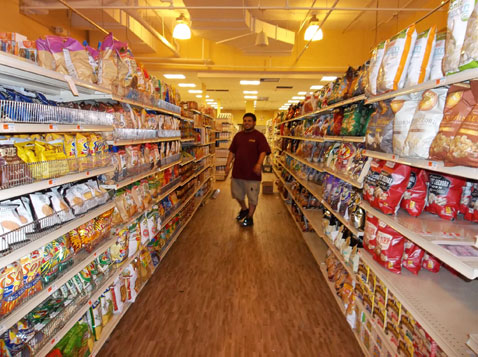 Harvest Co-op back in business in Central Square

Harvest Co-op grocery store staff offered a glimpse of the new 580 Massachusetts Ave. space in August during preparations for the opening Thursday.

Until Aug. 15, the store was across the street in 581 Massachusetts Ave., in a space about twice the size — now empty while H Mart, a New Jersey-based Korean grocery and foot court chain, readies renovations to open in 18,000 square feet early next year. The co-op’s current site actually brings it back to where it began in 1974, albeit upstairs from the original. The grocer spent about two decades in each location and now has replaced a Jax Liquidation Outlet.

Shoppers and members have been praising the new store.