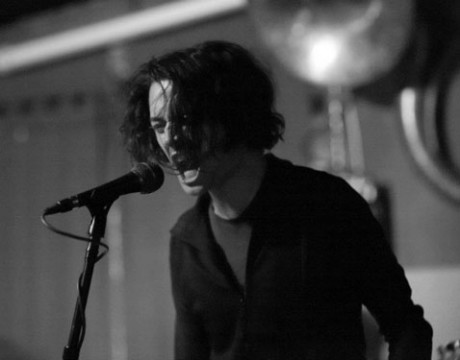 Endation brings its big noise to Radio in Union Square on Saturday for the release of the album “The Absence of Everything” — a title that is at once ominous and a little funny, since Endation is a two-person band. No one listening to Matt Graber’s drums and Anthony Conley’s guitar and singing will miss the everything, though.

The band’s songs tend to be short and powerful, and inspirations such as Fugazi, Jawbox, Shudder To Think and Nirvana come through clearly. Endation isn’t just noise, and the members play up the “melodic, serene and emotional” elements as much as the “soul-baring music of raw intensity” part. An example from a recent Allston show:

You can download Endation’s “Milkteeth” from the new album at the band’s Bandcamp page.

In further defiance of everything being absent, the Radio show comes with three other bands: Future Carnivores plays last, Gene Dante & The Future Starlets second and the soulful, sexy What Time Is It, Mr. Fox? goes first.

The show is at 8 p.m. Saturday at Radio, 379 Somerville Ave., Union Square, Somerville.