Five things to do this weekend (plus shopping): Dec. 8-9 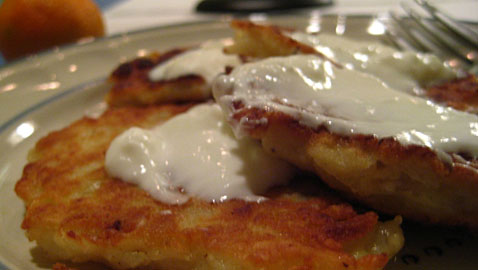 Five things to do this weekend (plus shopping): Dec. 8-9

Eat delicious, free latkes. The sixth annual “Everyone Loves Latkes” party runs for an all-too-brief hour starting at 1:30 p.m. Saturday in Harvard Square. The Harvard Square Business Association does its bit to celebrate Hanukkah by serving the delicious, fried potato pancakes in front of Hidden Sweets (25 Brattle St.) with Joe Kessler and his Klezmer band, Klezwoods, as musical accompaniment. There’s a variety of latkes coming – some traditional, some Kosher and some with interesting ethnic spins – from Fire + Ice, The Hong King, Otto Pizza, The Red House, Tommy Doyle’s and Zinneken’s Waffles. In addition, Dunkin’ Donuts is offering jelly doughnuts and JP Licks will have Hanukkah-themed ice cream. But will there be enough for everyone to eat in the space of an hour? It would be a Hanukkah miracle. More information is here.

Beat it over to Harvard to hear THUD. The Harvard Undergraduate Drummers – shortened to THUD – bring the thunder at 8 p.m. Saturday to play original percussion pieces on nontraditional percussion instruments, like our local, undergraduate, Crimson version of Blue Man Group. Tickets are $7 at the door of Lowell Lecture Hall, 17 Kirkland St., near Harvard Square, for this hour-and-a-half concert. It’s amazing to watch as well as hear, perfect for kids of parents who consider the consequences ahead of time. More information is here. 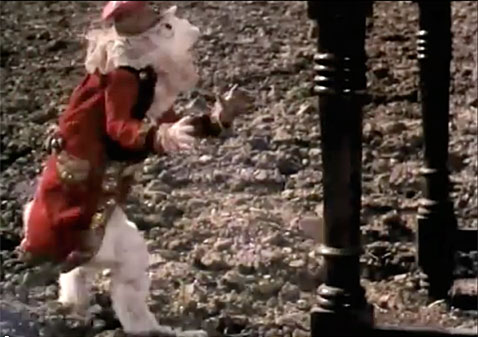 Czech out the fascinating, surrealist works of dark animator Švankmajer. The Harvard Film Archives is showing a full range of the work of Jan Švankmajer, who used animation as a means to surrealism, over the weekend. The works start at 7 p.m. Saturday with short films made between 1968 and 1992, when his filmmaking was still politically dangerous. From there the mini-festival moves to the sexually dangerous, with the silent 1996 film “Conspirators of Pleasure.” The Harvard film archivists call this “that rare object: a truly perverse film … concerning a group of people each of whom has developed his or her own elaborate autoerotic rituals involving food, inanimate objects and occasionally other living beings.” It shows at 9 p.m. Saturday.

A 1988 telling of Lewis Carroll’s “Alice” comes at 5 p.m. Sunday, set apart from the typical fairy-tale style reworkings by Švankmajer’s insistence that there is no moral to the story, no triumph of good over evil — far more in line with the book, which unfolds as a dream without logic rather than with the linear dramatic arcs used in more family-friendly versions. Here, “repressed urges win out over rational thought,” the archivists say, befitting an artist with “an approach to the world that rejects the tyranny of rationalism as akin to totalitarianism.”

The weekend of Švankmajer ends with a 7 p.m. Sunday screening of “Little Otik,” in which an infertile couple succeed a little too well in making a child out of a tree root. It comes to “amoral, ravenous life” and provides a “grotesque meditation on parenthood and on the insatiable appetite of infantile digestive systems – and infantile libidos” that might remind some of David Lynch’s “Eraserhead” (and others of why they don’t want kids).

The films show at the Carpenter Center for the Visual Arts, 24 Quincy St., Harvard Square. General admission tickets are $9, while non-Harvard students, Harvard faculty and staff and senior citizens are charged $7 with ID. It’s free for Harvard students with valid photo ID. More information is here. 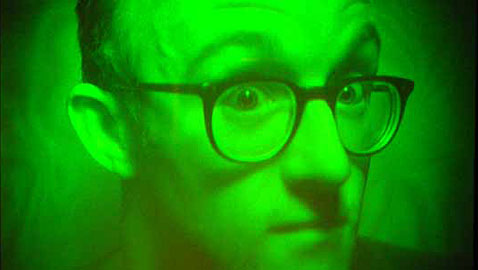 Don’t believe your eyes at the MIT Museum. Two of the museum’s ongoing exhibits will provide a trippy and incidentally edifying aspect to your weekend. The museum says it holds the world’s largest and most comprehensive collection of holograms and, by inviting artists to showcase new work, has put up the fascinating “The Jeweled Net: Views of Contemporary Holography”; among the dozen other current exhibitions there is the complementary “Hybrid Illusions” by Dr. Aude Oliva, described as “strange and beautiful images [that] change as one moves closer or further away” with a key interplay revealed in the surprising relationship between images of Albert Einstein and Marilyn Monroe. 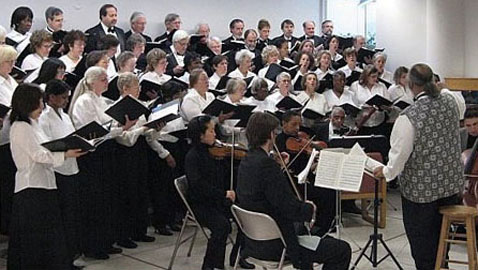 Meet St. Nicholas at the Community Chorus’ Annual Winter Concert. Works by Benjamin Britten, Felix Mendelssohn and Jonathan Dove are unwrapped at 3 p.m. Sunday, with the focal point being Britten’s “Saint Nicolas,” a 1948 cantata for soloist, orchestra, chorus and children’s chorus. (As the libretto makes clear, this St. Nick is credited with saving three students threatened by a wicked innkeeper.)

The other numbers are Dove’s “Ring Out, Wild Bells” from 2000 and the 1828 “Jesu, Meine Freude”by Mendelssohn, all tackled by members of the nonprofit, non-audition Cambridge Community Chorus, which has been giving these spirited performances since shortly after its founding in 1990. The numbers are varied in sound as well as date: The Dove, based on an Alfred Lord Tennyson poem, features a double chorus and piano accompaniment; the Mendelssohn is a cantata — a narrative piece of music for voices with instrumental accompaniment — inspired by Bach.

The concert is at the Massachusetts Institute of Technology’s Kresge Auditorium, across from 77 Massachusetts Ave. and reachable from the Kendall or Central Square T stops or via the No. 1 bus. Parking is available at the school’s Vassar Street Garage and at metered spots along the avenue. Additional parking is available on Albany and Ames streets. Tickets are $15, or $10 for students and senior citizens. More information is here. 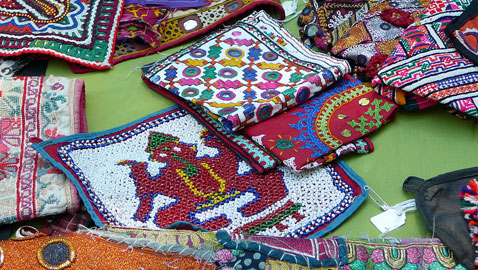 Keep plugging away at your holiday shopping. Opportunities to buy local (and think globally, in one case) continue:

The Holiday Vintage Market sale of vintage and antique furniture, clothing, jewelry, posters, music, ephemera, collectibles and more from 1 to 8 p.m. Saturday and 10 a.m. to 5 p.m. Sunday at the Uniun Warehouse at 3 Sanborn Court, Union Square, behind The Independent and next to Journeyman.