Three ways industries make it easy to hate them 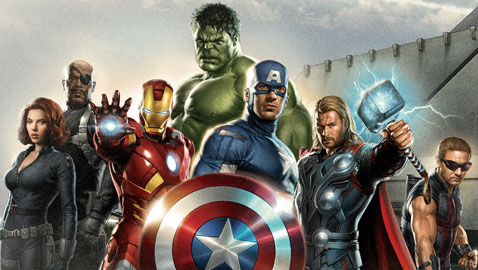 Three ways industries make it easy to hate them

It’s natural to feel sorrow for an entertainment industry beset by pirates, a communications company struggling to make a buck in a rapidly changing world and a steadfast U.S. Postal Service making do with fewer and fewer workers, offices and hours. That is, until you come up against a moronic policy that makes your sorrow seem less natural and more like natural selection.

Here are three dumb blunders struggling industries are making now that make it easy for us to hate them:

What I want: “Marvel’s The Avengers” on DVD with bonus features and a digital copy I can watch on my laptop.

The problem: Disney Home Entertainment says these treats aren’t for low-rent scum such as myself that never moved up to Blu-ray. The company released six versions of the movie Sept. 25, but three were Blu-ray only from Best Buy, Target and Wal-Mart, and the only complete package puts bonus features (including deleted scenes and the short movie “Item 47”) on a Blu-ray disc I can’t watch.

The company’s solution: “Blu-ray discs give us the ability to add more content with the best viewing quality. Additional bonuses can also be found on the digital downloads (iTunes, for example) if he doesn’t have a Blu-ray player,” Disney said through a public relations firm. So a $49.99 set would have given me a DVD of the movie and a digital copy but no bonus materials, and the bonus features don’t sell on their own at iTunes – and “Item 47” can’t be found at iTunes at all. Or I can could have bought a two-disc set for $39.99 that has the bonus features but not a digital copy, which is $19.99 at iTunes in high-def or $14.99 in standard. So because I don’t have a Blu-ray player, Disney makes me pay either $54.98 or $59.98. That’s more than the fancy Blu-ray set.

My solution: Wait a while and buy a new copy of the two-disc set for as low as $14.39 or a used copy for as low as $10 (prices that are online now) and use free DVD ripping software such as MakeMKV to create my own digital copy. Free and easy, in fact.

The result: The entertainment industry that hates pirates encourages piracy. They also turn paying customers into digital freebooters with such tactics as letting digital-copy codes expire even if they’ve never been used. 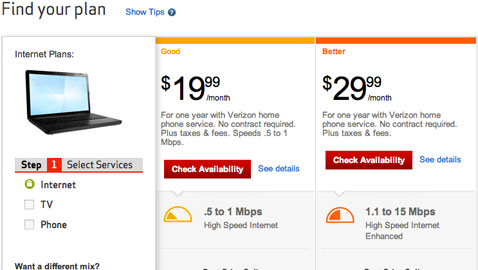 What I want: I just want my iPhone to get Verizon signal in my apartment.

The company’s solution: Verizon will sell me high-speed Internet for about $19.99 a month, which I am willing to pay … so long as it’s bundled with a landline, which means the cost rises to a minimum $34.99, which I am not willing to pay. Because: Landline! Guess what, Verizon, the only reason I need your Internet is to have a signal booster to make my cellphone work. It would be pretty stupid to get a landline in my apartment so I can use my iPhone.

But the company is unwilling to budge on this even when I point out that I have outdone their Internet-landline bundle by already buying an iPhone and MiFi wireless hotspot from them, each with its own service plan.

My solution: I pay my upstairs neighbors $15 a month to use their excellent Internet (better than the 0.5-to-1 Mbps Internet I could have bought for that $34.99) and I use Skype to make calls when I’m in my apartment, costing me maybe a few bucks a month. And when my contracts are up for my Verizon devices, I’m switching to Sprint. Or whatever.

The result: Verizon may make some short-term money by forcing Victrolas on the iPod crowd, but in the long term it’s just sending its customers away by making them feel ripped off. Heck, I wanted to give Verizon my money, yet its answer was to try to extort even more of it from me. Hard to believe I’m the only person planning to walk away from a company that wants to force its customers to pay more to act like I’m living in the previous century – especially when it’s their solution for fixing a problem I have with another one of their super-expensive, cutting-edge products. 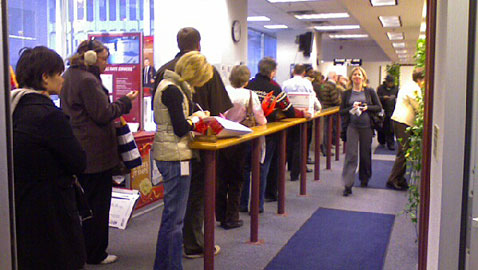 What I want: To know why my package didn’t reach its destination in Europe, where it is and when it will arrive.

The problem: A long line at the post office that leads me to a postal worker who doesn’t know how to help me. But the other guy can. I just have to wait another half-hour while the other guy deals with a customer with a hellacious amount of packages to send … only to find that, ultimately, that guy can’t help me either.

The company’s solution: There’s a phone number I can call to use the tracking number on my receipt. But it took me 45 minutes to find out what that phone number was, and the second postal worker threatens me because he doesn’t like my attitude – even though that attitude built up because I waited the better part of an hour to be told what phone number to call. Apparently, part of the U.S. government’s postal worker training is to tell only some employees about this phone number.

My solution: Why not just print that phone number on the receipt with the note that all questions about expensive, missing overseas packages should be referred to that phone number? And that, in fact, going to a post office will be a waste of time? That would help customers and postal workers who are more swamped than ever – because the U.S. Postal Service is in massive debt and cutting workers and offices to make up for it.

The result: If the U.S. Postal Service can’t take such a simple step to ease long lines and overwork in its surviving staff, citizens are going to start to think the service needs even more radical change. Starting with smarter people running it.