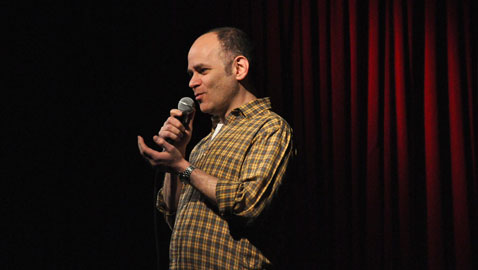 Comedian Todd Barry will do two performances at ImprovBoston on Jan. 22, the comedy club said Wednesday. Instead of doing his usual pre-written jokes, Barry will be riffing and bantering with the audience in what he’s calling his Crowd Work Tour.

“We are thrilled to have Todd Barry back at ImprovBoston,” said Zach Ward, the club’s managing director, calling the tour in “the spirit of improvisation and everything we do at the theater.”

Barry, a New York comedian, is recognizable for roles on television and in movies as well as from frequent appearances doing stand-up live and on late-night television. He has had roles on “Louie” and “Flight of the Conchords,” among others, and had smaller roles in “Road Trip” and “Pootie Tang” before appearing in the Oscar-winning “The Wrestler” in 2008.