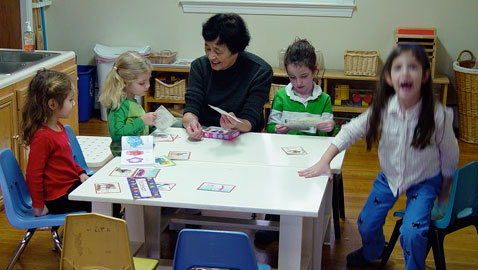 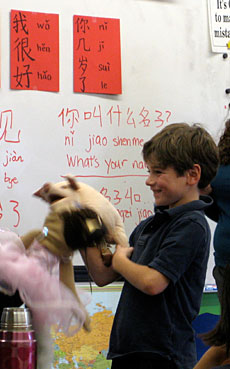 One of the new mottos of the Cambridge Public Schools is “Educating students for their future, not our past.” That is, we need to realize that we’re in the 21st century now, and already many years into it.

Cambridge students who don’t start learning an additional language when they are young are disadvantaged in two ways. First, the later they start, the fewer years they have to gain proficiency before they graduate from high school. Second, they miss the chance to learn an additional language when they are young and forming their early understanding of language, culture and other people. This is particularly true for monolingual English-speaking students.

When children study another language, they learn that different groups of people have developed different words and grammars to describe the same world. That is the deepest lesson in perspective-taking, empathy and multiculturalism that can be taught: to learn to speak a language other than one’s own, regardless of whether you learn to speak it badly or well. It is also one of the best ways to develop “metalinguistic” skills – the ability to reflect on and talk about language – that are so important when learning to read and write in one’s first language. In fact, K-5 world language instruction could help raise English-language literacy achievement in Cambridge and help close the pernicious achievement gaps we see as early as third grade. (And there are many research studies showing that early second-language instruction has positive effects on academic, cognitive and creative skills.)

The school administration has advised “phasing in” a K-5 world language program a couple of grades every year, which means it could be three years or more before we have a complete K-5 program. The reasoning behind this recommendation is that some school systems put a complete K-5 program in place in one year, only to have it fall apart a few years later when the funding gets tight. That could happen in Cambridge, but only if the city’s commitment to world language instruction is tepid and tentative. If the School Committee, CPS administration and City Council have a strong and unwavering commitment to providing all Cambridge students with 21st century multilingual skills, they will put a K-5 program in place next year with a clear statement that this is a necessary part of our elementary program, as permanent and necessary as the math curriculum, and not a luxury or frill – and that it will continue to be funded, no matter what.

Over the river in Brookline, part of the school department’s mission statement is that students “will succeed in a diverse and evolving global society.” To that end, the city raised property taxes above the Prop 2½ limit and pared down central office costs to be able to offer world language instruction in every elementary grade, including kindergarten. In January 2009, they started a K-6 world language program, which has developed and improved since then, despite budget challenges faced by the whole system. They were committed to it, and they figure out how to pay for it. With roughly the same number of students as we have in Cambridge and a smaller school department budget, their school budget for the 2013 fiscal year includes salaries and benefits for 23 world language teachers at the K-8 level.

Let’s hope that, beginning next year, Cambridge will provide world language instruction from the first day of kindergarten to the last day of high school. That would be a 21st century innovation Cambridge could be proud of, and would make our city truly one of the best places to raise 21st century children for their future, and not our past.

Emily Dexter is a Cambridge resident who has sent two daughters to the Cambridge Public Schools, kindergarten through high school. Her oldest daughter graduated from CRLS two years ago and her younger daughter is a CRLS junior.