Upward Bound program could be saved with one-time city boost of $400,000 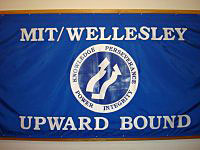 Upward Bound program could be saved with one-time city boost of $400,000

The local Upward Bound program has been in place for 47 years but risks ending with the loss of a $400,000 federal grant.

A one-time injection of $400,000 of city money will be recommended by the city manager to keep the Upward Bound education program running, according to a letter on the City Council’s agenda for Monday.

The money would come from the city’s record $115.8 million in free cash.

“I will continue to strive to identify other funding sources for future years,” City Manager Robert W. Healy said in the letter. “However, unless and until that goal is achieved, I would advise the program leaders to not commence enrollment for the 2013-14 academic term.”

Upward Bound helps some 75 low-income Cambridge Rindge & Latin School students each year get to and through college, boasting a 90 percent success rate. The 47-year-old program costs about $600,000 a year to run, including about $200,000 in expenses between the Massachusetts Institute of Technology and Wellesley University. The rest has come from a U.S. Department of Education grant that ended in August and runs out at the end of February, said program director Evette Layne at the Jan. 7 council meeting.

The logistics of the city’s one-time funding boost are complicated, and technically involve a transfer of money to MIT rather than the program, Healy said.

“I believe that those logistical issues can be resolved, and hope alternative funding sources are available prior to any start of a 2013-14 program,” he said. “I have been and will continue to explore opportunities for continued federal or other appropriate potential sources to continue this program’s existence.”

Councillors – who have hosted Upward Bound organizers, supporters and students three times since September – had asked about giving the program a $2 million commitment for the next five years, but Healy called the special status inappropriate and noted that the school district budget for the 2014 fiscal year was $2.5 million in the red. There is no relationship between the district and Upward Bound program, but linking the two was suggested by at least one councillor Jan. 7.