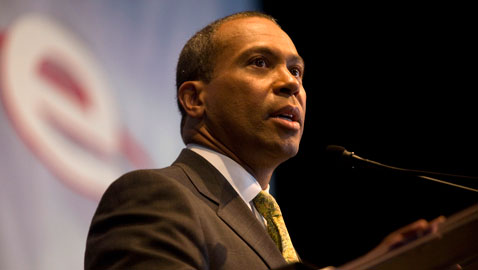 The future of Massachusetts depends on the decisions we make today. From the mid-1990s to the mid-2000s, Massachusetts cut taxes more than any other state. That led to devastating cuts in local aid for cities and towns. In 2000, local aid to Cambridge was worth nearly $50 million annually (in constant 2012 dollars). Today, Cambridge gets about $20 million annually, about a 60 percent cut. Cuts such as that hurt the city, and increase the pressure on city officials to say yes to development that will increase property tax revenues.

Too much bone has been cut from essential investments. Today it’s time to invest in our education, human services and transportation systems to ensure our state can compete effectively in the global economy.

Recognizing these realities, Gov. Deval Patrick has put forward a bold plan to increase state revenues by almost $2 billion per year. Thanks to the progressive structure of his plan, low-income families will see a modest tax cut. The biggest contribution will come from the wealthiest among us, although middle-class families will have to chip in as well.

We will all reap the benefits. The green line expansion across Somerville will reduce traffic on Cambridge Street and Beacon Street and add value to East Cambridge, Wellington-Harrington and Inman Square. Commuter service to Fall River and New Bedford and expanded rail service statewide will unlock less expensive housing for people who work here in Cambridge and within Boston while reducing highway congestion. Expanded investments in extended day programs for middle school students and early learning in the critical 0-5 age range will result in a better-trained workforce and a more vibrant economy.

A good society costs money. I am willing to pay my share to invest in maintaining and improving all the things I love about Massachusetts, especially when I know those who have the most will be asked to make the biggest contribution. Kudos to the governor for having the courage to stand up for what’s right, and to Progressive Mass, the Massachusetts Teachers Association, Community Labor United and other citizens’ groups out there fighting to get this done. I know our state legislators in Cambridge will be on the right side in this critical battle.