Class rankings are on the way out at CRLS; two seek assistant superintendent role 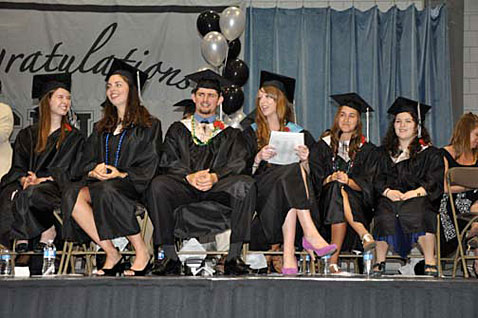 Class rankings are on the way out at CRLS; two seek assistant superintendent role

Expect class rankings based on grades to be eradicated from Cambridge schools by the next academic year, as School Committee members, administrators and parents agreed last week that they bring too many negatives, starting with hurting students’ chances of getting into the best schools.

“I had recruiters from colleges say, and this is almost a direct quote, ‘At a school like CRLS, with so many good students, having class rank actually hurts them,’” said parent, teacher and former principal Lynn Cadwallader to committee members at a Tuesday meeting. “A kid who may be down in 20, 30, even 50 percent might be doing extremely well [if they were attending] a different high school, and it’s just not fair.”

The rankings – the kind that determine valedictorian and salutatorian at graduation time – are calculated automatically from teacher-submitted grades by district software called Naviance. Students and parents typically don’t realize this until a student’s junior year, when the rank is revealed at a time they’re likely to be thinking about applying to colleges.

That’s when students can be startled to find that the straight “A” grades they earned from good attendance and hard work can leave them way down in the rankings compared students are being just as diligent. When that rank gets reported to colleges they want to attend, they can look like slackers because of differences resulting from a mere fraction of a point.

Meanwhile, research by Cadwallader and other educators show about half of U.S. colleges have abandoned class rank when considering a student for admission. Many area high schools, including the high-performing Brookline, Newton and Lexington public schools, already don’t report rankings. Elite private schools such as Milton Academy have never reported rankings openly, said committee member Patty Nolan, for whom rankings have long been an area of interest.

Senior Grant Baker, a student representative to the committee, worried that the new system would make it harder for students to get scholarships that rely on rank, although he supported dropping the system in general. (Nolan said she reached six of recent years’ top-ranked students and found they were all in favor of dropping the system as well.)

But Smith reassured him that rank will go on being calculated, just not reported except by request of a student or family to a college, scholarship or award committee – or to figure out who’s valedictorian and salutatorian, and even that may change soon.

Committee member Fred Fantini noted that not every top-ranking student wants to give graduation speeches, saying he’d “talked with one who said, ‘Why am I being penalized by having to give a speech?’”

Smith said there has been preliminary discussion about changing the valedictorian-salutatorian system.

Some may feel the district is “babying” students by cutting back on internal competition, committee members said.

“I don’t want to baby students, and I think there will always be [competition]. Students will still compete with each other,” Smith said, while “not publishing rank allows those who are reviewing them at colleges and universities the opportunity to look at our students’ entire breadth of curriculum and experience in high school, as opposed to just looking at a number.”

“There will still be GPA, there will be competition, there will be the question of ‘Oh my god, what did you get?’” Nolan said. “But it will really take off some of the stress from some of our students, and we should do everything we can to support this.”

Nolan thanked the high school’s council and its parents for pushing for a change in policy even when it no longer affected their own children. Cadwallader came forward last year with complaints about the rankings, and research on the issue began last spring.

Although there was no sustained opposition to the plan, the hearing Tuesday was only the first of two readings on the issue. Nolan asked that the second reading not be waived so other parents and students have a chance to speak.

The committee also interviewed on Tuesday the two finalists for the district’s assistant superintendent for student services position, which will oversee the office of special education and have oversight of bilingual education. The position was one of three created in September, with brief reconsideration in October. Advertisements for the position brought 25 applications, which were winnowed to seven finalists before being narrowed again to: 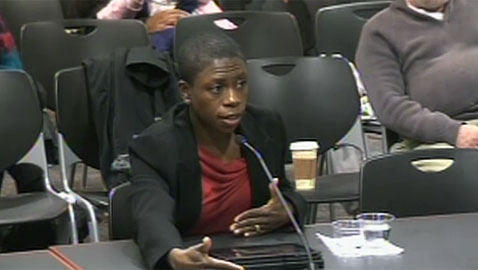 Victoria Greer, now director of exceptional education at Metropolitan Nashville Public Schools, who charmed committee members with blunt talk and a personal approach to issues such as the over-identification of young black males as being in need of special education. She would want to bring to the district her own “least restrictive environment protocol” for students getting an Individualized Education Program, she said. She got laughs by telling educators, “Even if I don’t get this job I’ll share it with you, because I think you need it.” 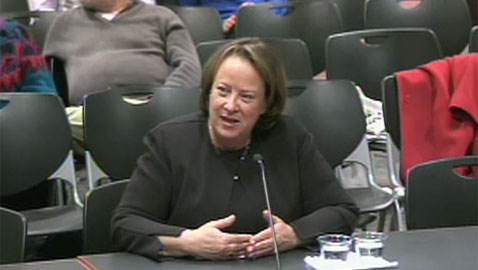 Lauren Fain, an education consultant and recent director of special education for North Andover Public Schools, who explained how her time at charities such as Compass and The Home for Little Wanderers helped inform her approach to special education students. “I’m an urban educator at heart,” Fain said. “That’s where I’ve always thrived.”

A special meeting has been called for 6 p.m. Tuesday so the superintendent can propose his choice to the committee. A budget retreat will follow.

Yet to come is the hiring of an assistant superintendent for curriculum and instruction, replacing the retired Barbara VanSickle.